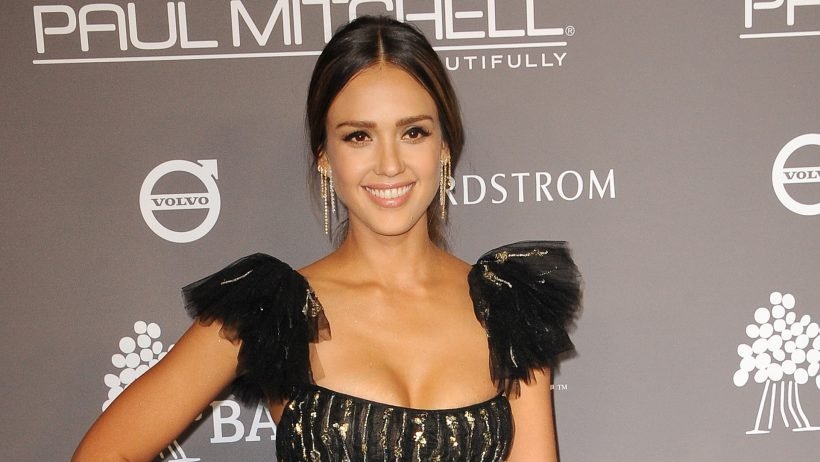 Actor and entrepreneur Jessica Alba is sporting some new ink in tribute to her three children, daughters Honor, 10, and Haven, 7, and son Hayes, 1. Alba shares her kids with husband, producer Cash Warren, whom she’s been with since 2004.

On March 3, Alba showed off her new tattoos on Instagram. The design? Constellations of each of her children’s birth signs, done by Los Angeles tattoo artist Dr. Woo.

Is it terrible that at first we thought Alba might have a rash? Shh. Don’t tell her. We’re sure it’s going to heal just fine.

Alba got candid about some of her other tattoos — including one connected to an ex-boyfriend — in this 2016 interview with Stephen Colbert. She said of that ink: “It’s lotus in Sanskrit. It means manifestation of spiritual beauty. He was really anti-tattoos, and I felt like after I broke up with him, I found myself again.” See the full interview below:

Alba — the founder of The Honest Company (natural baby wipes and other products) — actually told Allure in 2016 that she regretted some of her previous ink:

“Think twice before getting a tattoo. You’re never going to be in the same place emotionally and mentally at 18 that you are at 20 or 25 or 30. Something that’s meaningful to you when you’re younger is not going to be meaningful to you five years later. Understand that tattoos are forever. I have a few tattoos. I’m not into them now the way that I was.”

There’s some good mom advice for you. Do what we tell you, not what we do, okay? That’s how we moms roll.