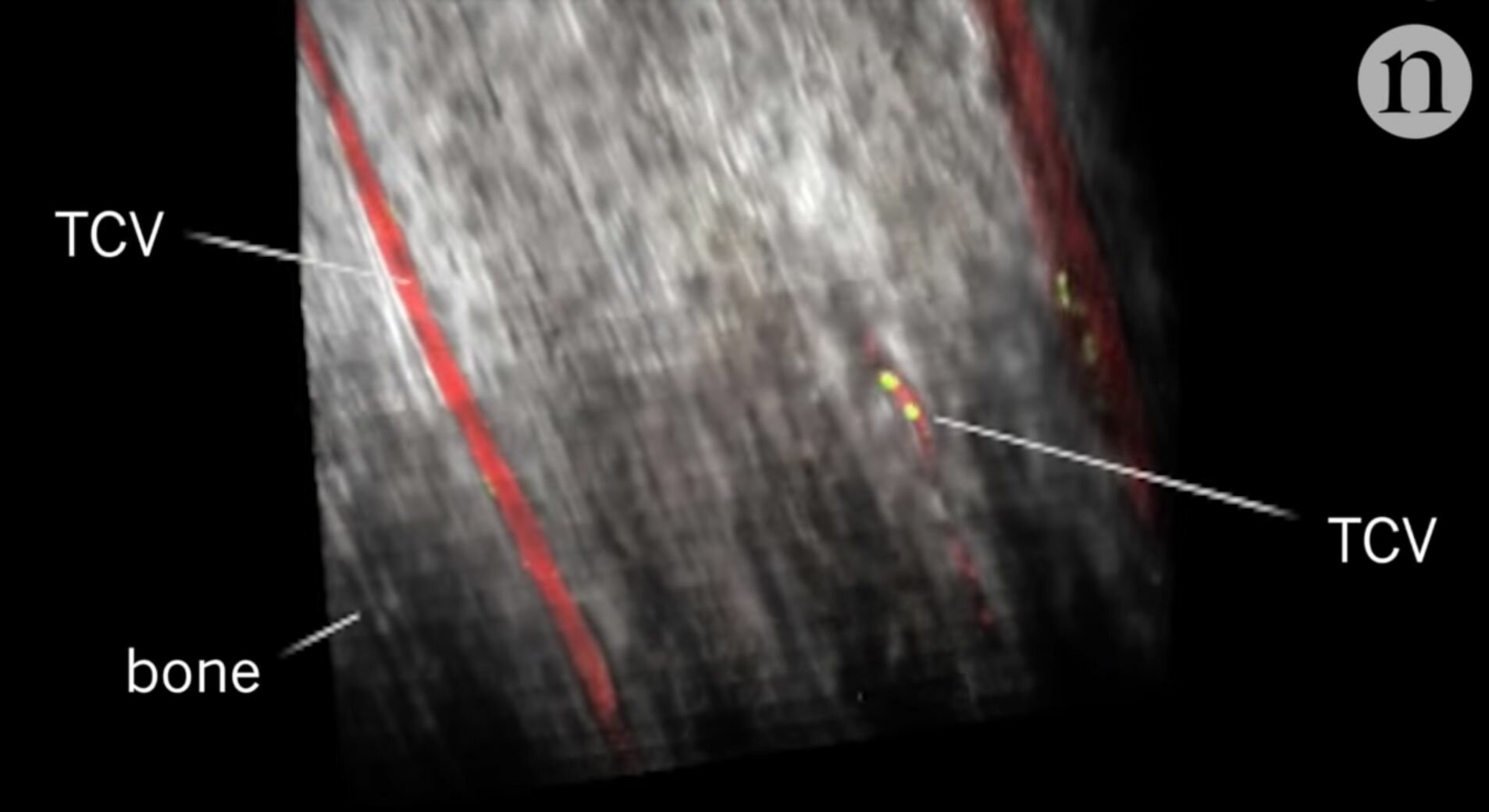 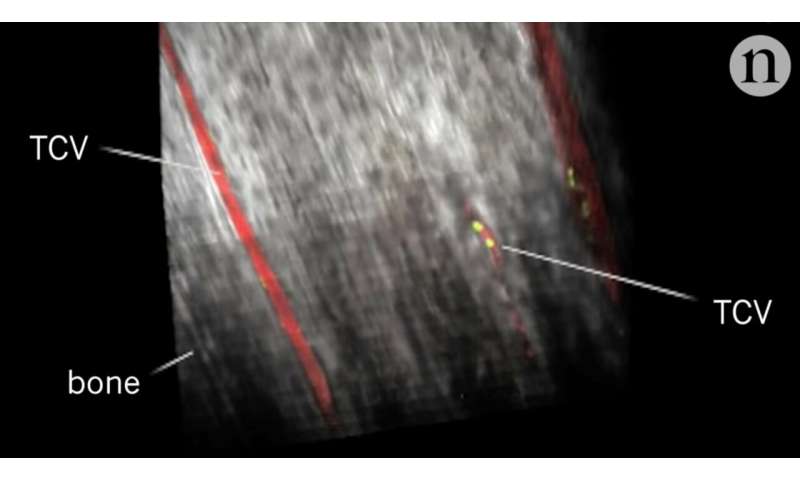 A team of researchers affiliated with multiple institutions across Germany has discovered a new type of blood vessel in mouse bones. In their paper published in the journal Nature Metabolism, the group describes making sample mouse bones transparent, as well as their microscopic properties. Christopher Ritchlin and Iannis Adamopoulos with the University of Rochester and the University of California, respectively, have written a News and Views piece on the work done by the team in the same journal issue.

Several years ago, doctors in the military discovered that medicine injected directly into large bones very quickly circulated through the bodies of wounded soldiers with blood flow problems. The mechanism has been a mystery that the researchers in this new effort sought to solve.

To find out what happens with blood flow in bones, the researchers injected mice with a chemical that makes the bone nearly transparent. That allowed a better view under light-sheet fluorescence and X-ray microscopy to study blood movement. The researchers found thousands of very tiny channels in the bone that led from the marrow to the bloodstream—the team described the channels as trans-cortical vessels (TCVs). The channels were found to be a type of capillary, carrying blood and immune cells from the bone to the bloodstream. The researchers report that their calculations suggest the TCVs may be the main blood carrier in bones.

The researchers also looked into the role TCVs might play in inflammatory disease. They found that mice with inflammatory arthritis had more TCVs in their bones than those without the disease.

The question of whether humans have TCVs remains unanswered, though there is some evidence that indicates it is likely. One of the researchers in the study put his leg in an MRI machine and the images showed what appeared to be tiny holes on the surface of his thigh bone. If humans do have TCVs it could open up the door to new kinds of therapies for treating inflammatory diseases such as rheumatoid arthritis.