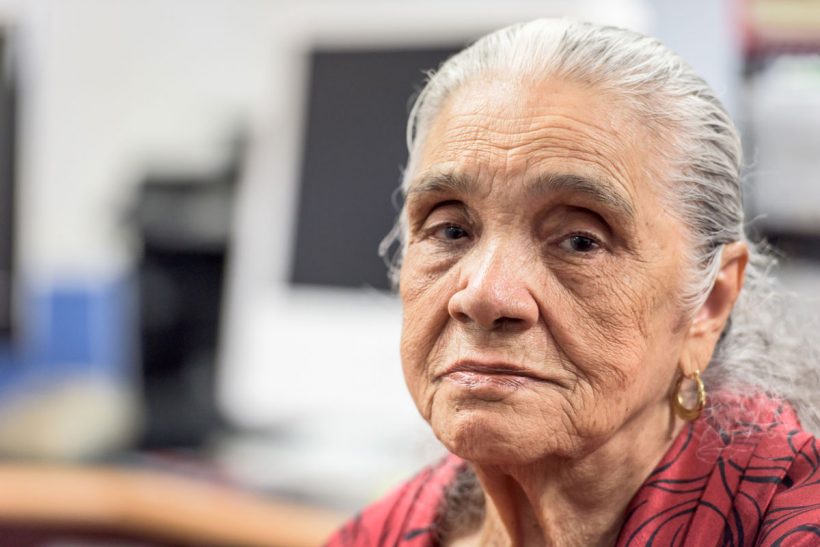 For more than a decade, the Dominantly Inherited Alzheimer Network (DIAN) – funded in large part by the National Institutes of Health (NIH) and led by Washington University School of Medicine in St. Louis – has undertaken a multinational effort to better understand Alzheimer’s disease by studying people with rare genetic mutations that cause the disease to develop in their 50s, 40s or even 30s. Most DIAN sites are in the U.S., Europe, Australia or East Asia, with only one location in Latin America, in Argentina. With the opening of sites in Mexico, Colombia, Brazil and an additional site in Argentina, DIAN researchers will be able to study how Alzheimer’s develops and progresses in a more diverse population.

The expansion is being funded with a $1 million grant from the Alzheimer’s Association.

“Most Alzheimer’s research historically has been conducted in white, non-Hispanic participants, and that has limited our understanding of the disease,” said Jorge Llibre-Guerra, MD, a DIAN Trials Unit research fellow who is leading the effort to add Latin American sites. “By having a more diverse population in DIAN studies, we may be able to identify new genetic factors that influence the disease, and learn more about how environmental and cultural factors influence how the disease develops and progresses.”

According to the Alzheimer’s Association, Hispanic people in the U.S. are 1.5 times as likely as white, non-Hispanics to develop Alzheimer’s, and the disease seems to arise earlier and progress more rapidly in Hispanics. This is partly due to high rates of cardiovascular disease and diabetes in the Hispanic population – both of which raise the risk of developing Alzheimer’s – but other factors are likely at play as well.

“There is not a clear understanding of why there is this difference in Alzheimer’s prevalence between Hispanic and non-Hispanic populations in the U.S.,” Llibre-Guerra said. “There may be genetic differences we don’t know about, or there may be environmental factors that affect Hispanics more than non-Hispanics. Including Latin American sites in the study will help us understand the factors that lead to Alzheimer’s in Latinos living in Latin America and the U.S.”

DIAN follows families with genetic mutations that all but guarantee that those who inherit the mutations will develop Alzheimer’s disease at a young age. While devastating for families, this genetic form of Alzheimer’s disease creates a rare opportunity for researchers to look for brain changes – long before symptoms appear – in people who carry such mutations, compared with their relatives who don’t. The network’s researchers have shown that the brain begins changing two decades before symptoms appear.

The new sites are part of an observational study run by DIAN, in which researchers track the development and progression of the disease. Participants undergo assessments of their memory and thinking skills, provide DNA for genetic analysis, undergo brain scans, and give blood and cerebrospinal fluid so researchers can look for molecular signs of Alzheimer’s disease – all under the same protocols used at the 18 existing DIAN sites, to enable cross-country comparisons.

The five Latin American communities that will host new study sites represent a range of socioeconomic statuses, rural and urban locations, and nationalities, allowing researchers to investigate biological, cultural and environmental factors that influence how the disease develops, the age at which symptoms appear, and how quickly cognitive skills decline. DIAN is supported by the NIH’s National Institute on Aging (NIA), the Alzheimer’s Association, and private donors. NIA’s support for DIAN is expected to total nearly $29 million over the next five years (NIH grant number U19AG032438).

Some people of Latin American origin already are enrolled in DIAN studies at sites in the U.S. Participants in the U.S. wanted their family members in Latin America to have the opportunity to participate as well, but no Latin American country had the funding to support a new DIAN site. So the Alzheimer’s Association stepped in.

“Although the study follows only people with a rare genetic form of Alzheimer’s, its findings could apply to the millions of people living with the much more common late-onset Alzheimer’s, which appears after age 65,” said Maria C. Carrillo, PhD, the Alzheimer’s Association’s chief science officer. “The brain changes that lead to declines in memory and function are thought to be much the same in early- and late-onset Alzheimer’s.”

The Alzheimer’s Association grant provides funding to get the five new sites launched and operational for the first five years. After that, additional support will be needed to keep the sites open. Most DIAN sites are primarily supported by the governments of the countries in which they are located, but such funding is rarely available in Latin America, so private donors and international support will be crucial for maintaining a diverse study population.

“We are extremely pleased to fund this expansion of the DIAN network more deeply into Latin America. It is absolutely crucial that our new learnings about Alzheimer’s and all dementia include the most diverse array of people and families affected. In this way, our methods of diagnosis, treatment and prevention will be as broadly applicable as possible,” Carrillo added.

In addition to the sites for the observational study, the network is working to establish DIAN Trials Unit (DIAN-TU) sites in Latin America to offer experimental therapies to prevent, delay or treat Alzheimer’s disease. Once such sites are ready, eligible participants in the observational study easily can switch to the DIAN-TU trial if they wish.

“The global DIAN study welcomes our colleagues and affected families in Latin America to help identify the causes and modifiers of Alzheimer’s disease so that one day, we will be able to prevent this disease,” said DIAN director Randall J. Bateman, MD, the Charles F. and Joanne Knight Distinguished Professor of Neurology. “These efforts will be bolstered by the world-class doctors, researchers and the many affected and at-risk family members in Mexico and South America.”

See a Spanish translation of this release here.