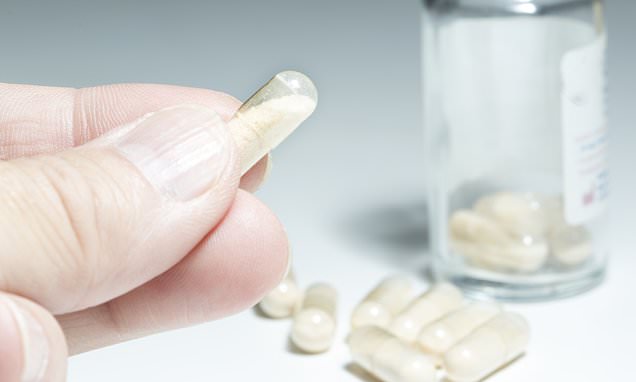 Probiotics may be good for your gut but bad for your immune system: The supplements make immunotherapy 70% less effective, study finds

Probiotics may block cancer patients’ response to immunotherapy, the most cutting-edge treatment for the disease, new research suggests.

Melanoma patients taking the dietary supplements are 70 percent less likely to respond to the life-saving treatment, according to the new study from the research group founded by former Facebook president and Napster co-founder, Sean Parker.

A growing body of evidence suggests a close link between the host of helpful bacteria that live in the gut and the immune system.

Throwing the gut’s delicate balance out of whack could be kryptonite to the cancer-fighting abilities that immunotherapy gives T cells.

A balanced diet high in fiber – and free of probiotics – however could make the difference between life and death for cancer patients being treated with immunotherapy, the study authors suggest. 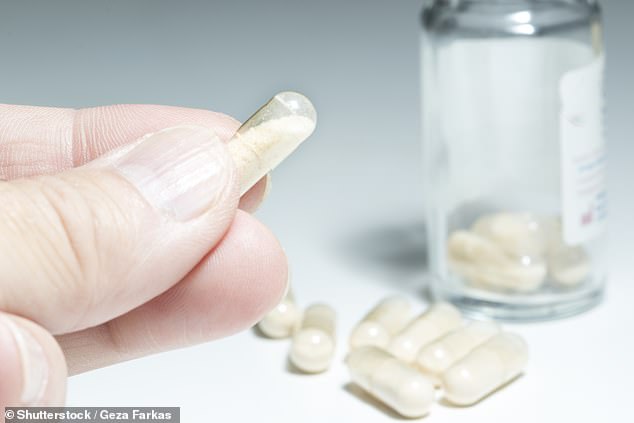 We now know that the immune system can be powerful combatant not just against infections but against disease born from our own cells.

The discovery that T cells can be revved up to attack tumors has transformed the face of cancer treatment, and prognosis for patients lucky enough to have access to the treatment and see responses to it.

But we’ve also learned in recent years that much simpler alterations – like diet changes – can also have dramatic effects on the immune system.

And cancer patients need every advantage they can get when they begin immunotherapy.

Though such treatments are effectively cures for some patients that do respond to them, the response rate to immunotherapy is actually quite low.

Immunotherapies are not all equally effective, and response rates range widely. But on the whole, they are estimated to work between about 15 and 20 percent of the time.

Working out why some patients respond to immunotherapy and others don’t is a top priority for cancer scientists.

Researchers at the Parker Institute, including lead study author Dr Christine Spencer, figured that the gut-immunity link might play a role in these differences.

‘When we proposed it [to supervising scientists], they kind of laughed,’ Dr Spencer told Daily Mail Online.

But there was some precedent, and the study moved ahead, recruiting a small sample of 114 patients with melanoma.

Dr Spencer and her team collected and analyzed fecal samples from the patients to identify the bacteria in their guts and had the participants fill out surveys about their diets – including any supplements they took.

To their surprise, the scientists found that over 40 percent of the patients were taking probiotics.

Probiotics are bacteria that are meant to be ‘good’ for gut health. These bacteria are found in yogurt and kimchi, but supplements contain just the simplified bacteria in high concentrations.

For cancer patients, these bacteria weren’t so ‘good’ after all.

The patients that took probiotics were 70 percent less likely to respond to immunotherapy, the researchers found.

‘People have the perception that probiotics are good for gut health, but we saw that people that took them had lower alpha diversity,’ said Dr Spencer.

People who ate high-fiber diets, on the other hand, were most likely to see their tumors shrink in response to immunotherapy.

This suggested that ‘the things you are putting in your body – whether they are part of your diet or a supplement – may be important to immunotherapy response,’ said Dr Spencer.

Maintaining a healthy diet teaches the immune system what it should and shouldn’t respond to and helps to determine how forceful that response is.

‘We’re not trying to say to everyone that probiotics are bad,’ Dr Spencer said, but her research suggests they don’t provide the automatic, universal benefits that the public sometimes thinks.

And changing that perception could have dramatic effects for cancer patients and their survival.

‘Imagine if you could increase the number of patients who benefit from immunotherapy through something as simple as dietary changes. That would be remarkable,’ Dr Spencer said.

‘It’s probably not going to be that simple, as there are many factors at work.

‘But this study does point to diet playing a role in immunotherapy response via the gut microbiome and we hope these findings will spur more studies on this topic in the cancer research community.’