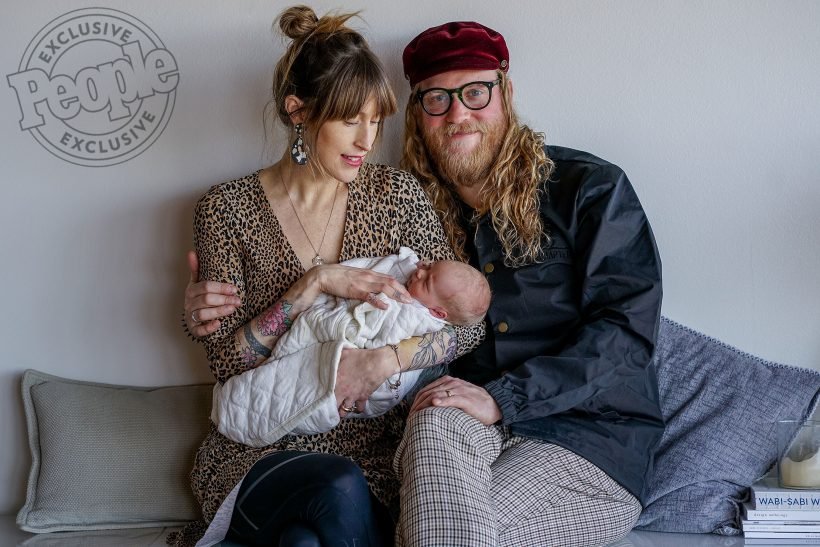 Allen Stone is officially a papa!

The soul singer and his wife Tara Lawson have welcomed their first child together, son Roody Rocket Stone, his rep confirms to PEOPLE exclusively.

“We are so thrilled to welcome our little Rocket boy to the world,” the “Naturally” singer, 32, tells PEOPLE in a statement. “We feel so lucky to be his parents. What a wonderful adventure. Go Roody!”

In a series of sweet photos exclusively shared with PEOPLE, the couple sit side-by-side while gazing at their newborn son. Another snapshot shows their baby resting quietly while snuggled up inside his cradle.

Welcome to the World! All of the Celebrity Babies Who’ve Made Their Debuts in 2019

The couple first announced their happy pregnancy news on March 8, in a sweet Instagram video.

“So today’s a special one for a number of reasons,” said Lawson, an Australian jewelry designer. “Firstly, it’s International Women’s Day. A day for us to celebrate women’s achievements.”

After sharing that he was also about to release “Naturally,” a song written for his wife, Stone told his fans to “buckle up” because …

“We’re having a baby!” they revealed in unison, with Lawson lifting up her shirt to reveal her bare baby bump as the opening notes of Britney Spears‘ ” … Baby One More Time” played over the clip.

“Now you might say, ‘Yo, Al, Taz, why are you dropping all three of these bombs?” Stone continued.

“Being International Women’s Day, this journey has been an incredible way to celebrate my own womanhood. Regardless of whether this baby is a boy or a girl, we still don’t know,” his wife answered.

Lawson added, “We want to introduce this baby into a world where women are celebrated.”

The singer went on to explain that “Naturally” was written to express just that same sentiment. “This song is for you ladies — you’re just the way you should be: beautiful naturally,” he said.

In addition to being a new father, Stone has a fresh 12-inch vinyl record coming out this month.

The EP will be released on April 13, otherwise known to music buffs as Record Store Day. The special release will feature four songs, including “Brown Eyed Lover” and “Naturally.”

Stone is on tour in Australia and New Zealand this month and will return to the United States with over 40 concert dates over the summer, kicking off on June 7.