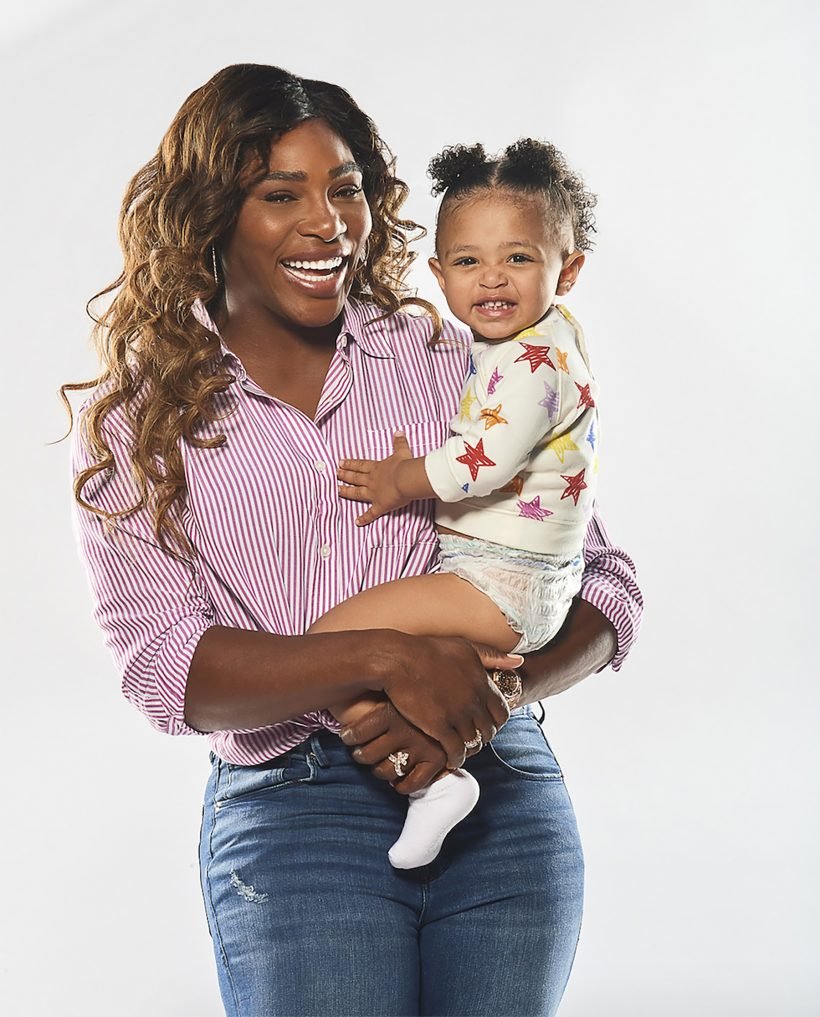 Serena Williams has a lot on her plate and becoming a mom has made things even busier, but there’s one thing she’s not willing to compromise on: time with her daughter Alexis Olympia.

As Williams juggles motherhood with tennis, her clothing line and a flourishing entrepreneurial career, she has consistently made it clear that her top priority remains her 19-month-old baby girl, whom she welcomed with husband Alexis Ohanian on Sept. 1, 2017.

And now, just five months away from Olympia’s second birthday, the 37-year-old tennis star tells PEOPLE exclusively that her perspective still hasn’t changed, despite facing challenges along the way.

“I’m a super hands-on mom. I am with her every day since she was born. We haven’t spent a day apart,” Williams reveals. “Despite my best efforts to be like, ‘Oh, I’ll take her with me’ … It’s been really trying. This is a whole new territory for me.”

“It’s definitely not easy, and I’m juggling more than I’m used to,” Williams adds of her busy schedule. “I think the most crazy part is now I’m adding ‘mom’ to that, and that has been really hard.”

For the first-time mother, who recently partnered with Pampers to help launch their new Cruisers 360 FIT diapers, watching Olympia grow up has been both a blessing and a learning experience.

“My mom just told me that [Olympia] is gonna be in a ‘Terrible Two’ phase and she’s like, ‘It’s gonna be fun for you’ and I’m like, ‘Oh my God, what does that mean?’ ” says Williams. “[Olympia] isn’t quite there yet, but she definitely falls on the floor and has fits and she doesn’t understand. I’m learning a lot about kids and it’s really amazing.”

Though Olympia may go through spurts of misbehaving like most toddlers, the athlete argues that the “Terrible Twos” aren’t all that terrible and explains why she actually sympathizes with her daughter during those outbursts.

Sound Off! How Did You Manage Your Child’s Terrible Twos?

“I feel sorry for them because I’m like, ‘I’m trying to understand what you’re saying’ and they literally learn our whole language — they learn everything from scratch — and we don’t learn their language, they learn ours,” she continues. “It’s a pretty amazing thing to me. I’m learning a lot.”

This isn’t the first time that Williams has opened up about her incredibly close bond with her daughter. The mom of one previously revealed in July that she hadn’t spent a single day apart from Olympia since giving birth to her.

“319 days since I gave birth to this amazing baby @OlympiaOhanian I’ve spent 319 of those days with her,” Williams wrote on Twitter, adding, “I’m so fortunate.”

The famed tennis champion also shared an adorable photo of a then-10-month-old Olympia sound asleep on her chest during a plane ride.

Though Williams said she had spent every day with her baby girl, she admitted earlier that month that she missed one of Olympia’s biggest milestones.

“She took her first steps … I was training and missed it,” the sports star wrote on Twitter, adding that she “cried” after learning the news.

As Olympia has gotten older, Williams has relished in the moments with her daughter, many of which have been shared on their respective social media accounts. (That’s right — Olympia has her own Instagram feed!)

In February, the athlete and her husband threw their baby girl a carnival-themed backyard bash with farm animals. The soirée also included face painting, train rides, a working carousel and even a station dubbed “Olympia’s Candy Shop.” Meanwhile, the day’s soundtrack — Disney songs! — could be heard in video footage.

RELATED: Serena Williams Reveals She “Cried a Little Bit” When She Stopped Breastfeeding Her Daughter

Opening up on her Instagram Story about what inspired the party, Williams (who is a Jehovah’s Witness) said, “I wanted to just do something fun because we don’t do birthdays.”

According to the official website for Jehovah’s Witnesses, followers of the church don’t believe in celebrating birthdays “because we believe that such celebrations displease God.”