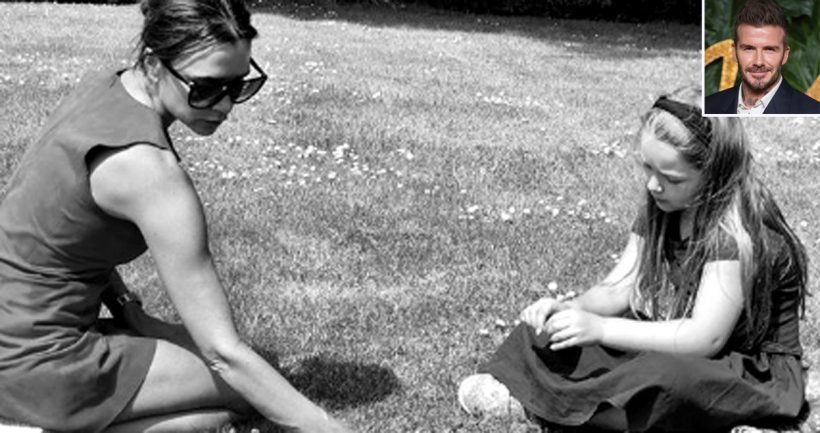 David Beckham is sending love to two special women in his life.

The post had David gushing about all three woman, words he wrote in the caption of a gallery of photos.

David has always been open on social media about his love for his family (including sons Cruz David, 14, Romeo James, 16, and Brooklyn Joseph, 19).

Back in June, he celebrated his “most amazing” mother’s birthday by praising her unconditional love. “[She’s] someone who is selfless in everything she does every single day,” he wrote. “We all love you.”

He had similar kind things to say about Harper Seven in July 2018 for her birthday. “Happy birthday to my big girl!! This little one is so loved by her brothers, mummy and daddy … special, special little girl,” he wrote on Instagram. “Makes me smile every single day.”

That same month, David gushed about his wife, 44, as they hit their 19-year wedding anniversary.

“19 Years WOW … This time 19 years ago I was dressed from head to toe in purple …,” David wrote in an anniversary post shared on social media, referencing his brightly colored wedding reception suit. “Happy anniversary to the most amazing wife & mummy … Love You x.”

The Beckhams will be celebrating their 20th anniversary this summer after tying the knot at a sprawling castle in Ireland on July 4, 1999.

David previously opened up about their relationship and why being married for so long can be challenging, also mentioning the couple’s four children.

“To have been married for the amount of time that we have, it’s always hard work,” he said in October 2018 on the Australian TV show The Sunday Project. “It becomes a little bit more complicated.”

“Sometimes it’s the little things that make a big difference, and I’ve noticed that with my children,” he continued. Reflecting on media attention, David added, “The thing we have to do is protect our children.”

In a recent conversation with Entertainment Tonight, Victoria told the outlet that her husband is one of the biggest cheerleaders of her career. “David is such a great husband, such a great dad and the most incredible business partner that anybody could ever want,” she said. “He really supports me in what I do.”

As for how they plan to mark the big milestone? Nothing huge — just by spending time with their family. “We’ll probably just celebrate with the kids,” Victoria told ET.