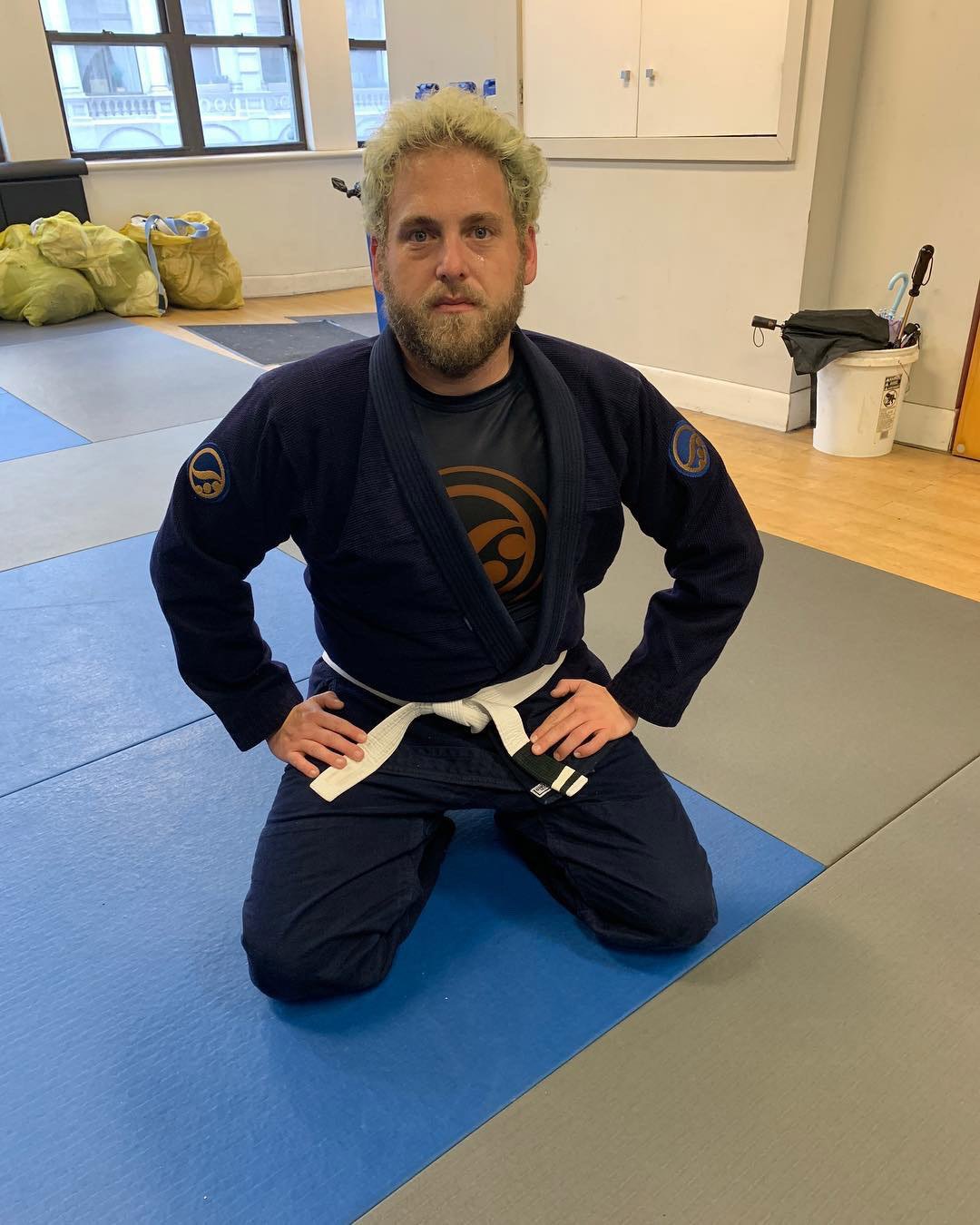 Jonah Hill is moving past his high school insecurities.

The 35-year-old actor remembers getting beat up in high school by bullies who trained in Jiu Jitsu, and is now tackling the sport himself.

“In high school the dudes who did Jiu Jitsu used to beat the s— out of us at parties so it turned me off to it as an idea growing up. But quietly I always thought it was a beautiful art form,” he wrote on Instagram. “At 35, I try and get over the stuff that made me feel weak and insecure as a teenager. It’s just wasted time and lessons you’ll never learn. Trying to let go of that.”

Hill, who has been consistently working out and making healthier eating choices after gaining weight for his 2016 film War Dogs, said that he started practicing two months ago and now tries to go to Clockwork BJJ in New York City “four or five times a week.” But it hasn’t always been easy.

“Nothing more humbling than getting your ass kicked by a 12 year old your first week,” he said.

But after eight weeks, Hill said he earned the white belt, the first of eight levels.

“Got my first stripe today. I know it sounds corny but it’s pretty dope to jump in and do stuff you’d never think you’d be able to do,” he said.

RELATED VIDEO: Adam Levine and Jonah Hill’s Moms Are BFFs — and Teaming Up to Help Kids in Need

Hill, who recently made his directorial debut with Mid-90s, based on his childhood, said in October that he dealt with body image issues during those high school years and into adulthood.

“I became famous in my late teens and then spent most of my young adult life listening to people say that I was fat and gross and unattractive. And it’s only in the last four years writing and directing my movie, Mid90s, that I’ve started to understand how much that hurt and got into my head,” he posted on Instagram.

“I really believe everyone has a snapshot of themselves from a time when they were young that they’re ashamed of,” he continued. “For me, it’s that 14-year-old overweight and unattractive kid who felt ugly to the world, who listened to hip-hop and who wanted so badly to be accepted by this community of skaters.”

Hill later explained to Ellen DeGeneres during an appearance on her show that he spent years working to get away from that body image insecurity, much like he’s doing now with Jiu Jitsu.

“I think everybody has a version of themselves … at some point in your life the person you’re trying to kind of hide from the world,” he said. “Even if you get success or you grow up or you become good looking or whatever, the things that you think will fix the thing, you kind of carry some part of that with you … I’m under construction like we all are.”