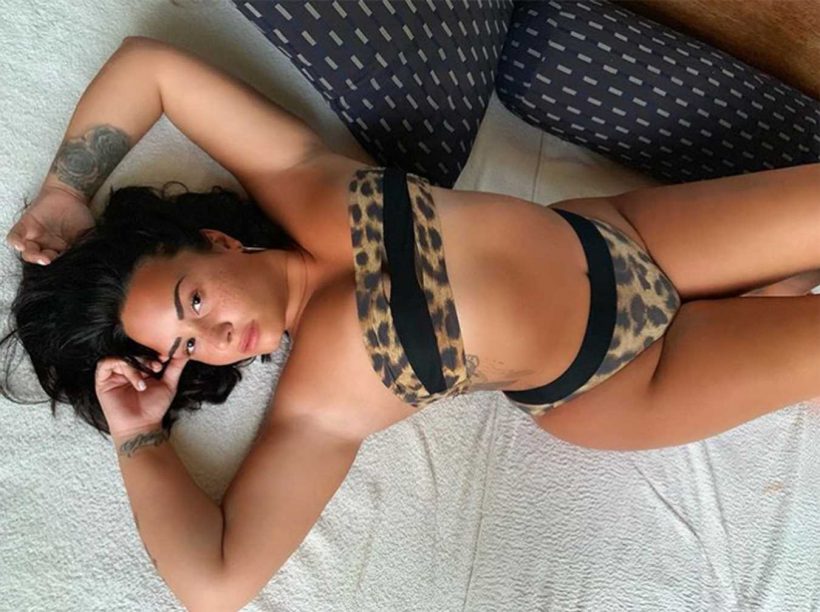 Demi Lovato is feeling herself.

The singer just returned from a vacation in Bora Bora and has the bikini photos to prove it. She’s been sharing the sizzling pictures on Instagram, and on Wednesday started to reflect on how proud she is of her body.

Lovato posted the picture after a workout, and shared her of-the-moment thoughts.

“Idk what to caption this… reality is I’m sitting at the gym post jiu-jitsu feeling high on life and drinking my post workout shake,” she wrote. “I’m sweaty and not looking this glamorous right now but f— I feel awesome.”

The “Confident” singer, who has practiced jiu-jitsu and other forms of martial arts for the last three years, said that this photo shows just how strong she is.

“Posting this feels empowering because I like this pic where I feel sexy and I can also defend myself from anyone that ever tries to attack me,” she continued. “Any size, any shape, any gender. I have security but in the moments I’m alone I feel confident (no pun intended) that I can hold my own against an attacker.”

RELATED: Demi Lovato Slams Body-Shaming Headline: ‘I Am More than My Weight’

“Hope everyone finds something they become as passionate about as I feel about jiu-jitsu,” she added.

Lovato, who is ten months sober after her near-fatal overdose in July, is a regular at her gym, Unbreakable Performance Center in Hollywood, which she once called her “oasis.”

In March, she earned a new degree in the Brazilian martial art.

“2nd degree blue belt!!!!” she posted on Instagram, along with a photo of her new stripe. “This means the world to me and I couldn’t be happier. Brazilian jiu-jitsu is a passion of mine and I can’t wait to learn more and more.”

Lovato also boxes (and even knocked out her trainer’s tooth with one of her fierce punches), but she previously said that jiu-jitsu is her absolute favorite form of martial arts.

“I first got into jiu-jitsu because I loved watching people grapple,” she said. “I think it’s really cool to learn something that helps you with self-defense.”