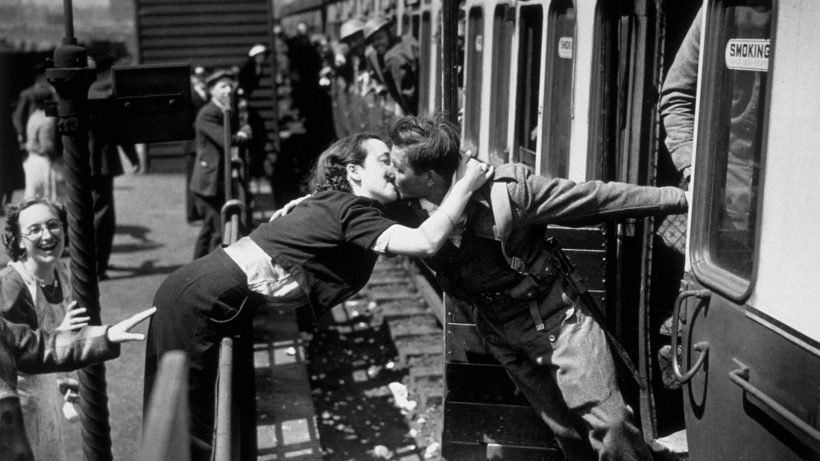 Kissing is pretty much the best thing in the entire world — but probably not for the reasons you think. Sure, a good make-out sesh feels amazing and is the ultimate form of foreplay, but it turns out kissing actually comes with some serious health benefits — as if you really needed another excuse to smooch.

Below, the great reasons you should be kissing someone right now.

Sure, kissing may not burn as many calories as, say, running a mile, but it does pump up your metabolism to about twice its usual rate. Most people burn about one calorie a minute at rest, but according to Dr. Sharon Stills, naturopathic physician and author of R.E.D. Alert — Get Real and Heal, kissing burns about 2 to 3 calories per minute. You won’t want to skip Zumba in favor of a makeout session, but next time you’re lounging around on the couch with your spouse, turn up the heat with some calorie-boosting kisses.

Whether you’re smooching a baby or passionately kissing your spouse, locking lips promotes intimacy and boosts bonding. Dawn Maslar, a biology professor, sums it up like this: “When we kiss, both men and women produce the hormone oxytocin. It’s often called the ‘love hormone’ because it causes us (particularly females) to bond.” The fact is we kiss the ones we love and love the ones we kiss!

It may sound counterintuitive, but swapping spit is a great way to fend off viruses — especially if all that kissing leads to sex. Research from the journal Medical Hypotheses in 2009 indicates that women build up immunity against the cytomegalovirus by kissing infected partners. Another study performed at Wilkes University in 2004 found that study participants who had sex once or twice a week had higher levels of the infection-fighting antibody immunoglobulin A. So if you want to make it through cold season unscathed, it’s time to pucker up!

Seriously. It’s not just that frequent kissers may have stronger marriages (which is great for mental and emotional health), but kissing can actually help you choose the right partner. When you kiss someone, your body is subconsciously sharing information about your respective immune systems. The technical term is major histocompatibility complex (MHC). Biologically, it’s important for partners to bring different immune system genes to the table so that their offspring will have a better opportunity for survival. So if kissing your crush immediately douses the flames of love, you might be able to chalk it up to biological incompatibility.

According to a 2009 study in the Western Journal of Communication, the authors found that affectionate behavior, including kissing, could have a positive effect on your cholesterol. “We hypothesized that increasing affectionate behavior would effect improvements in physical and psychological conditions known to be exacerbated by stress,” such as cholesterol. After six weeks of tests, the group showed improvements in perceived stress, relationship satisfaction and total serum cholesterol.

How often do you feel frazzled and exhausted at the end of the day? Blame it on your body’s natural response to stress: Dr. Stills points out that “kissing lowers cortisol levels. Cortisol is our stress hormone and it has a negative effect on our immune system, endocrine system and brain health, specifically the hippocampus.”

So if you can lower stress and reduce those negative effects by simply stealing a kiss with your partner, do it as often as you can!

Wait — kissing improves allergy symptoms?! Yep. According to a 2003 Japanese study published in Physiology and Behavior, participants kissed for 30 minutes in a private room while listening to soft music. At the end of it, the participants experienced relief from hives and signs of allergic reaction from Japanese cedar pollen and house dust mites.

Speaking of fun, kissing is a blast! According to Gina Cloud, women’s health advocate and creator of GinaCology, “There are more than 30 kinds of kisses in the Kama Sutra. Kissing is such an important way of expressing ourselves, and the many different ways we can do it bring it into the realm of creative. With so many ways to kiss and express ourselves through it, fun becomes part of the experience, and fun is a great tool for happiness!”