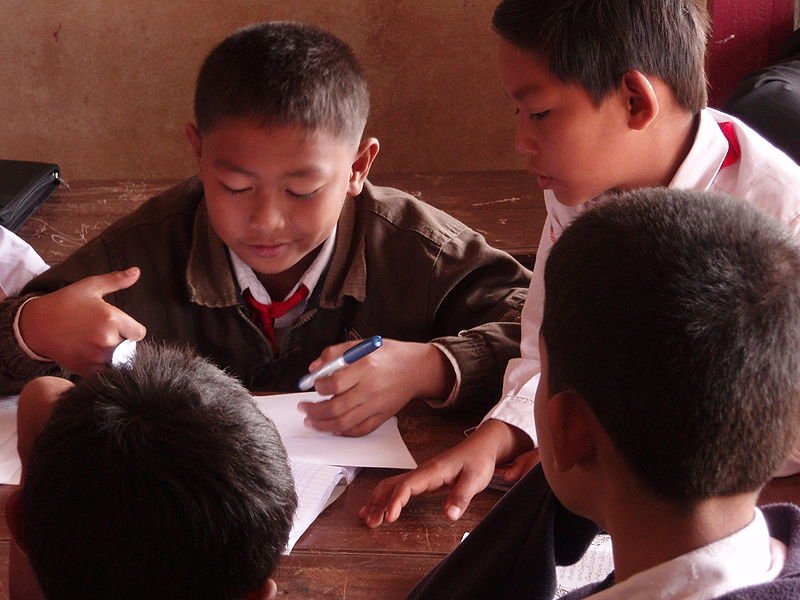 With more than 1.8 million children in the U.S. being treated annually with drugs for attention deficit hyperactivity disorder (ADHD), the possibility that such drugs could damage their hearts has been a significant cause of concern for parents and physicians alike.

Now, the results of a long-term National Institutes of Health (NIH)-funded study published last month in Pediatric Research could allay many of those concerns.

The authors caution that because the study was conducted on primates, the findings are not automatically applicable to humans. However, they have previously published that this primate model reliably shows other side effects similar to what is found in children receiving these medications. Their new findings conclude that chronic exposure to methylphenidate (MPH), a commonly prescribed ADHD drug, is unlikely to increase cardiovascular risks in healthy children.

“The findings are very reassuring in that even high-dose chronic MPH stimulant therapy did not result in any evidence of abnormal structures or function in the hearts of the monkeys,” said Steven E. Lipshultz, MD, the study’s principal investigator, and senior and corresponding author, who is the A. Conger Goodyear Professor and Chair of the Department of Pediatrics in the Jacobs School of Medicine and Biomedical Sciences at the University at Buffalo. He also is the pediatric chief-of-service at Kaleida Health; medical director, pediatrics services business development, for John R. Oishei Children’s Hospital; and president of UBMD Pediatrics.

The research was conducted while Lipshultz was the Batchelor Chair of Pediatrics and director of the Batchelor Children’s Research Institute at the University of Miami Miller School of Medicine, and later while he was the Carman and Ann Adams Endowed Chair of Pediatric Research at Wayne State University School of Medicine and Children’s Hospital of Michigan.

The results contribute important evidence to an ongoing controversy about whether or not MPH is associated with sudden cardiac death. A number of studies have reported an increase in sudden cardiac death or other damage to the heart in some children taking the drug or other stimulant therapy for ADHD.

With ADHD and related disorders diagnosed in about 10 percent of all children in the U.S., and with as many as 70 percent of these children receiving stimulant prescription therapy, the question of possible cardiac risks has emerged as a major public health concern, Lipshultz said.

In response, the U.S. Food and Drug Administration (FDA) has issued a “black box warning” on the drug packaging of some prescription stimulants, noting that children with underlying heart disease should use these medications with caution. Canadian authorities temporarily removed a stimulant drug from use only to reintroduce it, based on the small number of sudden cardiac death events identified through voluntary reporting.

“This controversy has persisted without answer,” said Lipshultz. “Yet the number of prescriptions for these medications for children with ADHD continues to expand.”

For that reason, about a decade ago, Lipshultz was interested to learn of a U.S. government research project involving 30 male rhesus monkeys that had been receiving daily chronic stimulant therapy with MPH. He noted that the monkeys were carefully maintained and ethically cared for at the FDA’s National Center for Toxicological Research in Jefferson, Arkansas.

“I thought they could also shed some light on this charged medical issue related to the safety of chronic stimulant therapy with regard to children’s heart health,” he said.

With funding from the NIH and FDA, Lipshultz and his colleagues spent several years developing infrastructure to test how the therapy affected the hearts of these monkeys over the long term. Specialized cardiac catheterization and echocardiography labs were developed at the primate center at the National Center for Toxicological Research where a pediatric interventional cardiologist and a specialist in randomized studies, both on temporary leave from their hospital posts, conducted this study.

For five years, the monkeys were continuously treated with therapeutic, super-therapeutic (high doses) or a placebo, using a randomized design, starting when they were about 2 years old. The duration of the study corresponds to what would be a childhood to adulthood span, the researchers said.

“For ethical reasons, this study could not have been done in children,” said Lipshultz.

After comprehensive cardiovascular assessment in all the monkeys, there were no statistical differences between the three groups on serum cardiovascular and inflammatory biomarkers, electrocardiograms, echocardiograms, cardiac pathology from endomyocardial biopsies and other clinical parameters.

The single difference of statistical significance was that elevated levels of mean serum myoglobin were found in the lower-dose group. This protein, found in skeletal and cardiac muscle, can be a sign of skeletal muscle injury when found in the serum of humans who have not sustained cardiac injury. Primates in the group receiving high-dose therapy had lower, but still significantly elevated levels.

Because there was no clinical or laboratory evidence of significant cardiac disease in the animals, the authors concluded the elevated myoglobin levels most likely originated in skeletal muscle and were unrelated to a cardiac effect.

In addition to the large population of children being treated with this therapy for ADHD and related disorders, Lipshultz noted that the findings also are good news for child survivors of cancer.

“On a personal level, I have cared for children and adolescents who have survived childhood cancer, who now are experiencing severe learning disabilities as a result of their cancer therapies,” he said. “They become my patients because their hearts have been damaged, an unfortunate effect of the successful treatment of their childhood cancer.