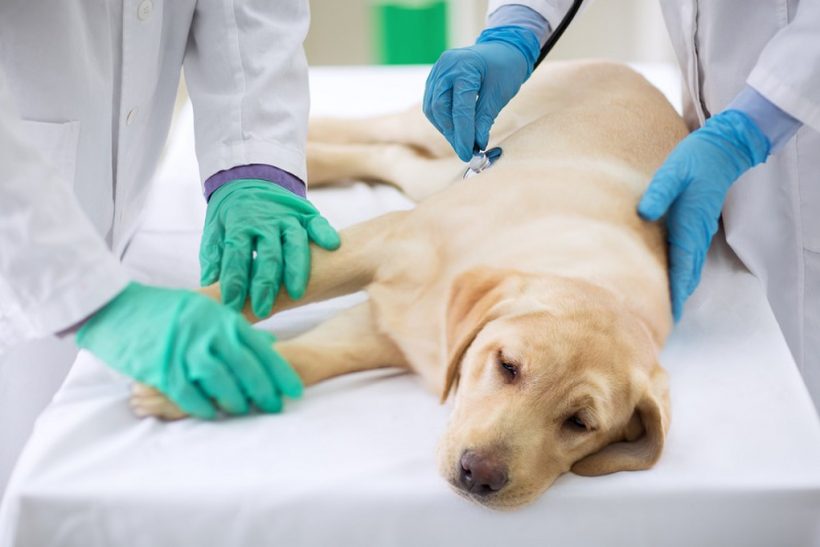 A sick dog in Colorado caused alarm at a veterinary hospital when doctors realized the animal was infected with a rare and deadly illness: the plague. What's more, the dog had contact with more than 100 people before its illness was discovered, potentially exposing them to the serious infection, according to a new report about the case.

The 3-year-old dog developed a fever and was acting lethargic in December 2017, prompting its owner to take the animal to the vet, where it was treated with antibiotics. But soon thereafter, the dog began coughing up blood and was referred to the Colorado State University Veterinary Teaching Hospital.

Tests revealed that the dog had a lung infection. Four days before the dog became sick, it was seen sniffing a dead prairie dog — an animal that can carry the plague-causing bacteria Yersinia pestis. But the vets considered an infection with plague to be unlikely, in part because of the time of year; plague infections mainly occur from April to October in the Western U.S., according to the report. And since dogs are less susceptible to plague than cats are, the chance that the animal was infected would seem even more remote. [11 Ways Your Beloved Pet May Make You Sick]

Instead, the vets suspected a much more common cause for the dog's illness: so-called aspiration pneumonia, a lung infection due to an inhaled foreign body, such as food. Indeed, results from a CT scan appeared to match this diagnosis, the report said.

Two days later, however, a sample from the dog's lungs tested positive for plague-like bacteria. But the vets still weren't convinced: Because a plague infection was considered so unlikely, they at first thought the test result might be wrong.

The next day, the researchers used a standard testing protocol for plague from the Centers for Disease Control and Prevention (CDC), which also came back positive. What's more, the dog had pneumonic plague, the most serious form of the disease, which can be spread through the air in infected droplets expelled by an sick animal or person.

Even before the dog's diagnosis was confirmed, news of the suspected plague case spread through the veterinary hospital and staff became nervous about possible exposure to the disease.

Indeed, during the dog's care, the animal had been transported throughout the hospital and even housed in an oxygen cage that vented into a room. Overall, 116 people were identified as possibly being exposed to the plague through contact with the dog or its samples, or by being within 6 feet away (where they could potentially inhale infectious droplets.)

Plague is perhaps best known for killing millions of people in Europe in the 1300s during a pandemic called the Black Death. But the infection still occurs today, although it is relatively rare in the United States, with an average of seven human plague cases reported yearly – particularly in New Mexico, Arizona and Colorado – according to the CDC. Most U.S. human cases of plague occur in the Southwest.

Among employees at the hospital who were potentially exposed to the disease, about 60 percent took preventative antibiotics. In addition, 46 animals that were housed in the same room as the dog were also considered exposed and were also given preventative antibiotics. Fortunately, there were no reported cases of plague in either humans or animals in connection with the case.

Unfortunately, the dog's condition worsened and it had to be euthanized on the same day it was diagnosed.

Veterinarians should be aware that cases of plague can show up in dogs year round, not just in the more common months of late spring to early fall, the report said.