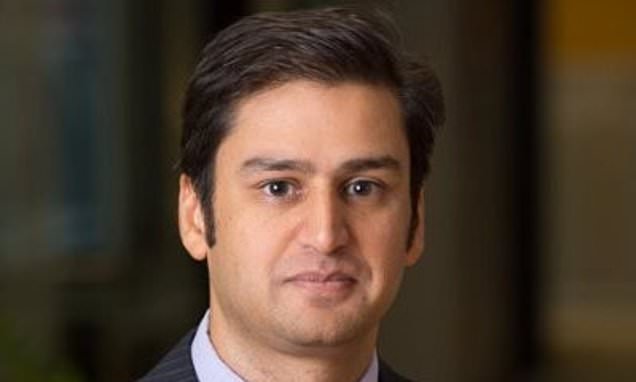 Anti-vaxxers are as dangerous to global health as HIV, doctor declares as rates of exemptions soar in the US 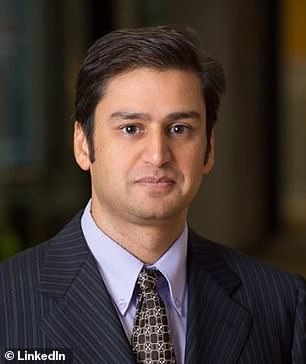 Dr Amesh Adalja (pictured), of Johns Hopkins University Center for Health Security, argues in an op-ed that people now have the ‘luxury’ of dying from diseases like cancer because they are no longer dying from infectious diseases thanks to vaccines

A Maryland doctor has warned that vaccine skepticism could lead to a global health crisis as big as HIV.

In an op-ed for USA Today, Dr Amesh Adalja, of Johns Hopkins University Center for Health Security, says people may be surprised that the World Health Organization (WHO) named anti-vaxxers one of the top 10 threats to global health in 2019.

‘Surely, vaccine hesitancy – a voluntarily chosen human behavior – cannot be in the same category as HIV, a virus that has killed 35 million people,’ he wrote.

‘However, if one thinks about the full context of vaccine hesitancy and what it represents, the WHO’s inclusion of this outrageous phenomenon is completely justified.’

Dr Adalja goes on to explain that vaccines are ‘one of the greatest achievements of mankind’.

Although there is some evidence that China and India were practicing smallpox inoculation as early as the year 1000, the first vaccine is generally accepted to be English physician Edward Jenner’s smallpox vaccine.

According to UNICEF, vaccines can be credited with saving about nine million lives each year globally.

Dr Adalja writes that if the WHO made a top 10 global health list just 40 years ago, it would be inundated with diseases that now have jabs including meningitis and hepatitis B.

‘Indeed, the infectious diseases on the latest list include infections for which no vaccine is available (HIV, antimicrobial resistant bacteria, pandemic influenza) or for which a vaccine is experimental or not fully protective (dengue, Ebola),’ he wrote.

In 1995, gastroenterologist Andrew Wakefield published a study in The Lancet showing children who had been vaccinated against measles, mumps rubella (MMR) were more likely to have bowel disease and autism.

He speculated that being injected with a ‘dead’ form of the measles virus via vaccination causes disruption to intestinal tissue, leading to both of the disorders.

At the time, Wakefield had a patent for single measles, mumps and rubella vaccines, and was therefore accused of having a conflict of interest.

Nonetheless, MMR vaccination rates in the US and the UK plummeted, until, in 2004, the then-editor of The Lancet Dr Richard Horton described Wakefield’s research as ‘fundamentally flawed’, adding he was paid by attorneys seeking lawsuits against vaccine manufacturers.

In January 2011, The British Medical Journal published a report showing that of the 12 children included in Wakefield’s 1995 study, at most two had autistic symptoms post vaccination, rather than the eight he claimed.

At least two of the children also had developmental delays before they were vaccinated, yet Wakefield’s paper claimed they were all ‘previously normal’.

Further findings revealed none of the children had autism, non-specific colitis or symptoms within days of receiving the MMR vaccine, yet the study claimed six of the participants suffered all three.

The WHO refers to the phenomenon of the anti-vaccine movement as ‘vaccine hesitancy’.

Some anti-vaxxers avoid shots as a protest against big pharmaceutical companies, but some say vaccines are made from unnatural and unsafe chemicals and that they would rather take their chances on their kids getting treated if or when they get sick.

Others argue that vaccines overload a child’s immune system or that natural immunity is better.

Then, of course, there is the argument that vaccines are linked to autism, a claim that has been debunked by scientists.

Dr Adalja writes that vaccine hesitancy is not new but that it has gained ground in recent years, particularly in New York and Washington state – both of which are facing measles outbreaks.

The New York Health Department has confirmed 194 cases in children and adults since October 2018 while Washington health officials confirmed 50 cases today since January 1.

It’s not just limited to the US. Pakistan and Afghanistan were the only nations in 2018 where cases of wild poliovirus were confirmed – largely due to poor sanitation and low levels of vaccination coverage.

Dr Adalja argues that vaccines have given people ‘the luxury to die of other diseases’.

He goes onto explain that the WHO’s list of the top 10 global threats include cancer, diabetes and heart disease – but that the only reason they’re on the list is because people aren’t dying from infectious diseases anymore.

‘The control of infectious diseases, largely due to vaccination along with sanitation and antimicrobial therapy, gives humans the “luxury” of dying from diseases of adulthood,’ Dr Adalja writes.

He also laments that vaccines and its makers were once lauded.

After Elvis Presley posed for cameras in October 1956 to receive the polio vaccine, it encouraged young Americans that the vaccine was safe.

In the first national survey taken in August 1957, 75 percent of those aged 20 and younger had received the vaccine. By September 1961, the number jumped to about 90 percent, reported NBC News.

‘Today when a new vaccine is developed – such as the HPV vaccine – it is greeted with derision and is the subject of conspiracy theories that even presidential candidates spread,’ he writes.

President Donald Trump has tweeted more than 20 times about how there is a link between vaccines and autism, a claim that has been debunked by scientists.

In regards to the vaccination schedule, Trump has stated that he would prefer ‘smaller doses over a longer period of time’.

‘Vaccine hesitancy represents a nihilistic return to the primitive,’ Dr Adalja writes. ‘If it continues to spread unchallenged, it will be a willful, self-inflicted threat to human life.