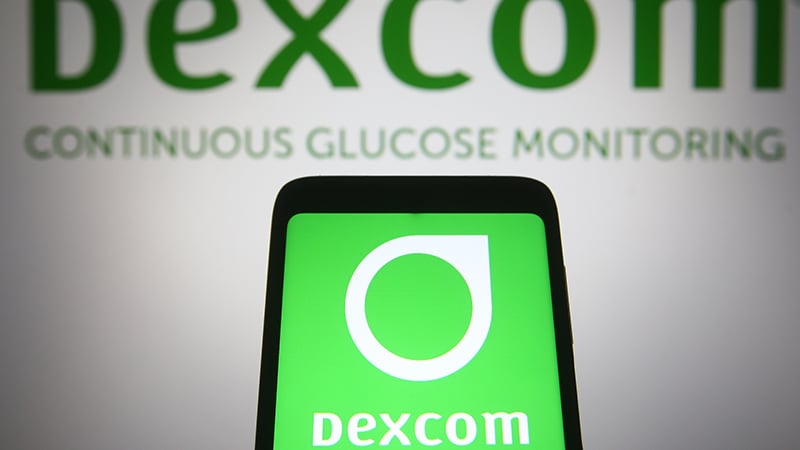 The Dexcom G7 continuous glucose monitor (CGM) is as accurate or better than other currently marketed CGM devices for measuring glucose in those with diabetes, new data from a pivotal study suggest.

Currently under review by the US Food and Drug Administration (FDA), the G7 is expected to be an improvement over the Dexcom G6 version in several ways.

The on-body size will be 60% smaller, “roughly the size of three stacked quarters,” according to the authors, and will incorporate the sensor with a single-use transmitter, as opposed to the current separate 3-month transmitter used with the G6 sensor. This will eliminate the need for using a transmitter across multiple sensor sessions (as is the case for G6).

The warm-up period after insertion is reduced from 2 hours to 27 minutes, and users are given an extra 12-hour “grace period” after the 10-day wear period to change the device before it stops displaying glucose data. Up to 24 hours of missed data can also be recaptured.

“The enhanced features of G7 may increase clinical adoption, encourage sustained use, and reduce the burden of diabetes management,” write Satish K. Garg, MD, of the University of Colorado, Aurora, and colleagues in their article, published online February 14 in Diabetes Technology & Therapeutics.

Several features of the G6 remain unchanged, including factory calibration, but also the capacity for optional user calibrations, use of Bluetooth to transmit data up to 20 feet (approximately 6 meters), and data displays on either a dedicated receiver or a variety of iOS and Android smart devices.

It will also allow for user-customized settings and alerts, and the option for real-time remote “share” monitoring with caregivers or providers. The G7 will also not be susceptible to interference by acetaminophen (paracetamol) or ascorbic acid.

And, like the G6, the G7 was submitted for approval to the FDA as an “integrated CGM,” meaning that it will be interoperable with other compatible devices including insulin pumps, glucose meters, or other electronic devices used for diabetes management.

Device Accuracy Demonstrated on Both Abdomen and Arm

The prospective, multicenter, single-arm study reported by Garg and colleagues was conducted at 12 US sites between February and June 2021.

In-clinic visits were conducted on days 1 or 2, 4 or 7, and one additional day for comparisons with a reference glucose measure (YSI 2300 Stat Plus glucose analyzer). Participants wore blinded G7 sensors concurrently on the upper arm and abdomen while continuing to use their own personal glucose monitoring method (CGM or fingerstick) at home.

A total of 316 insulin-using adults with type 1 or type 2 diabetes contributed data from 308 arm- and 311 abdomen-placed blinded devices, which generated 77,774 matched pairs of data within the blood glucose reportable range of 40-400 mg/dL.

The overall mean absolute relative difference (MARD) of each CGM-YSI pair (a standard metric for CGM analysis) was 8.2%, with 9.1% for the abdomen and 8.2% for the arm.

Accuracy remained high in both arm- and abdomen-placed sensors across the 10-day wear period through the 12-hour grace period and across glucose ranges. There were no significant differences between G7 accuracy by diabetes type, insulin regimen, or body mass index.

The highest agreement rates and lowest MARDs occurred when CGM readings were increasing or decreasing by no more than 1 mg/dL per minute. However, even at the highest rates of glucose concentration change, MARD values below 10% were found for arm-placed sensors and below 10.5% for abdomen-placed sensors, Garg and colleagues report.

The study excluded children and adolescents; data from these populations will be reported separately, the authors note.

Accuracy at Least as Good as Prior Dexcom Versions, Competitors

The MARD values of 8.2% on the arm and 9.1% on the abdomen were similar to or better than accuracy measurements of other commercially available CGM systems, note Garg and colleagues, although they acknowledge that few head-to-head studies at different anatomic locations have been conducted.

A study of an older Dexcom version (G4 Platinum) found MARD estimates of 12.0% on the arm and 12.3% on the abdomen, the authors note.

The newly FDA-approved implantable Eversense E3 (Senseonics) CGM, worn on the upper arm, has a MARD of 9.1%, while the arm-placed Abbott FreeStyle Libre 2, approved in the US in June 2020, has an overall MARD of 9.3%.

Lag-time differences between the reference and G7 were also similar to or better than time delays in prior-generation Dexcom CGMs, Garg and colleagues say.

Participants also completed a survey. “The redesigned applicator allows for sensor deployment with one hand, and most participants found G7 easier to insert than their prior CGM system,” the researchers say.

Finally, “unlike G6, G7 allows for temporary silencing of all audible alerts, including Urgent Low. Taken together, these attributes are anticipated to provide for a better end-user experience with G7 and help reduce diabetes burden,” they conclude.

The study was supported by a grant from Dexcom. Garg has reported receiving consultant fees from Medtronic, Novo Nordisk, Zealand, LifeScan, Roche, and Lilly; and research grants through the University of Colorado from Lilly, Novo Nordisk, Medtronic, Dexcom, T1D Exchange, Helmsley Trust, NIDDK, and JDRF.

Miriam E. Tucker is a freelance journalist based in the Washington, DC, area. She is a regular contributor to Medscape, with other work appearing in The Washington Post, NPR’s Shots blog, and Diabetes Forecast magazine. She is on Twitter: @MiriamETucker.