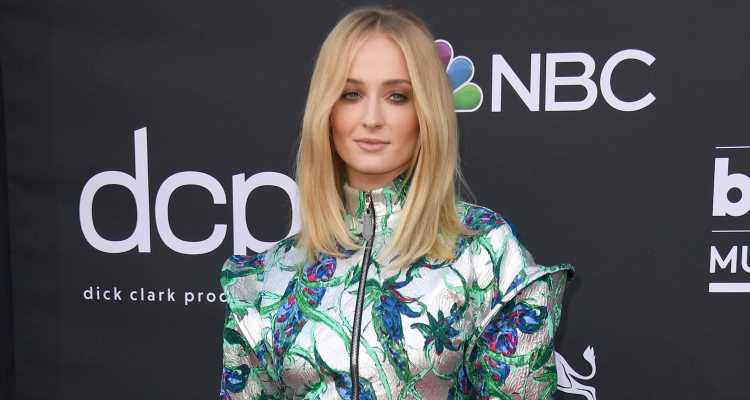 On screen ‘Game Of Thrones’ star Sophie Turner (aka, Sansa) has had a real rough trot: she’s witnessed the death of her father, mother and brother (the latter two at her wedding, none-the-less,) survived not one but two tumultuous marriages – and that’s just scratching the surface. But IRL, she’s battled her fair share of blows too.

“I have experienced mental illness firsthand and I’ve seen what it can do to the people around [the sufferers] as well,” she told Marie Claire. It seems navigating an awkward adolescence in front of millions, certainly wasn’t easy:

“My metabolism suddenly decided to fall to the depths of the ocean and I started to get spotty and gain weight, and all of this was happening to me on camera.” It also didn’t help to have the film and TV studios pressuring her to trim down. Her saving grace? Therapy.

“Everyone needs a therapist, especially when people are constantly telling you you’re not good enough and you don’t look good enough,” she explained. “I think it’s necessary to have someone to talk to and to help you through that.”

This isn’t the first time Sophie’s spoken about the trials of growing up in the limelight – especially in the age of social media. On a recent podcast with Dr Phil, she revealed that trolls contributed to her crippling insecurity about her changing body shape.

“People used to say, ‘Damn, Sanda gained 10 lbs’ or ‘Damn, Sansa needs to lose 10 lbs’ or Sansa got fat.’ It was just a lot of weight comments, or I would have spotty skin because I was a teenager and that’s normal, and I used to get a lot of comments about my skin and my weight and how I wasn’t a good actress,” she said.

With time Sophie’s learned to develop a thicker skin, thanks in part to her relationship with her now husband Joe Jonas.

With my love in Paris ♥️

“When someone tells you they love you every day, it makes you really think about why that is, and I think that makes you love yourself a bit more,” she added. “So yeah, I love myself.”