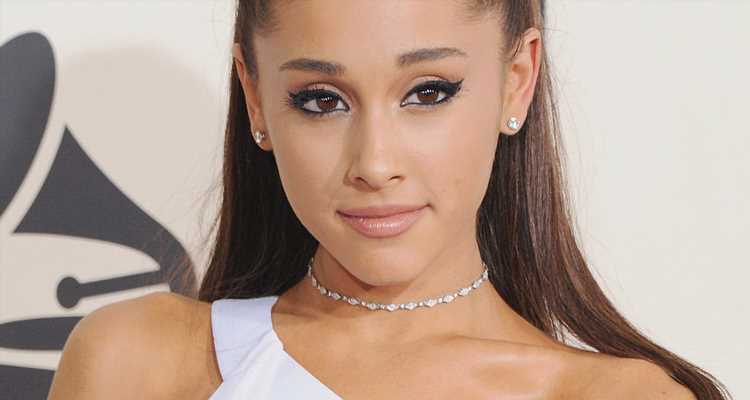 Ariana Grande has consistently been a champion of mental health awareness. On Thursday, the singer revealed the impact post-traumatic stress disorder (PTSD) has had on her brain.

Ariana, 25, posted a photo on her Instagram Stories of what looked to be a group text among her and friends. Ariana opens the text by saying “guys….” followed by a side-by-side photo of two brain scans that show what a “healthy brain” and “PTSD brain” look like. The “PTSD brain” has several highlighted areas, where the “healthy brain” has hardly any.

Below that shot, Ariana shows what her actual brain scans look like—all four images have several significantly highlighted areas. Ariana adds that the photo of her texts is “hilarious and terrifying” and “not a joke.”

Hold on, Ariana Grande has PTSD?

In an interview Ariana did with British Vogue in June 2018, she revealed she suffers from PTSD following the May 2017 terrorist attack during her concert at the Manchester Arena in England.

According to ABC News, the attack occurred when a suicide bomber motivated by ISIS detonated an explosive device killing at least 22 people and injuring many others.

In her Vogue interview, Ariana revealed that the dizziness and anxiety she felt after the Manchester bombings were very much signs of PTSD.

“That’s what everyone was telling me,” she told Vogue. “It’s hard to talk about because so many people have suffered such severe, tremendous loss. But, yeah, [PTSD is] a real thing. I know those families and my fans, and everyone there experienced a tremendous amount of it as well.” She later added, “I don’t think I’ll ever know how to talk about it and not cry.”

What exactly is PTSD?

PTSD is a disorder that develops in some people who have experienced a shocking, scary, or dangerous event, according to the National Institute of Mental Health (NIMH).

Symptoms of PTSD—like flashbacks, avoiding certain situations, and feeling tense or on edge all the time, among many others—typically occur within three months of a traumatic incident.

PTSD is also pretty common; per the National Center for PTSD, about seven or eight out of every 100 people will develop PTSD in their lifetimes. Women are also more likely to experience PTSD than men, but genes also play a role in PTSD risk factors.

According to the NIMH, the most common treatments for PTSD include antidepressants along with psychotherapy.

As for PTSD’s effects on the brain—and Ariana’s brain scans—it’s unclear what type of brain scan Ariana underwent, but according to a 2010 study in the Journal of Neural Engineering, a type of brain scan called magnetoencephalograhy (MEG) can help determine differences in the brains of those affected by PTSD.

Beijing, you were incredible !!thank you so much for your love ?? I love you

For the study, researchers were able to differentiate PTSD patients from control subjects with 90 per cent accuracy using the MEG, which as 248 sensors that record the interactions in the brain on a millisecond by millisecond basis (much faster that typical functional magnetic resonance imaging). Along with diagnosing those with PTSD, the researchers were also able to judge the severity of the patients’ PTSD.

This article originally appeared on Women’s Health US.