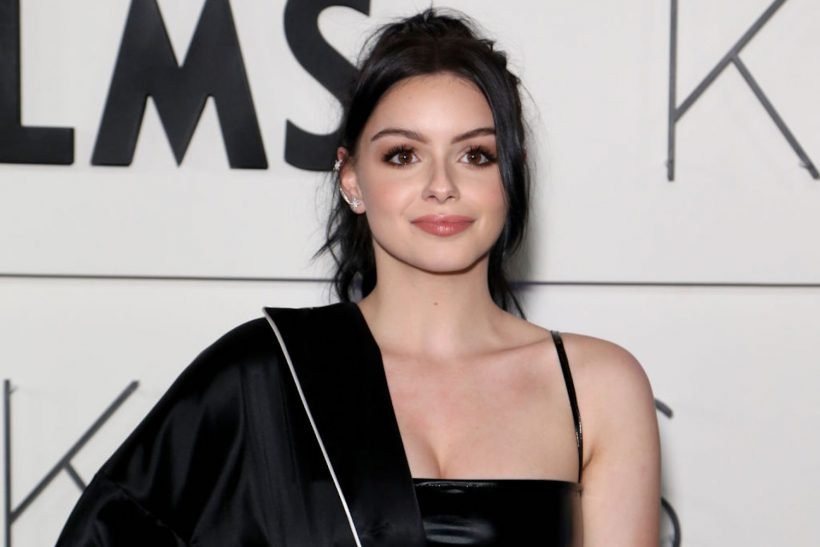 It seems like Ariel Winter has had to justify her weight loss to everyone lately. But now she’s finally opening up about how (and why) she lost the weight—and it has nothing to do with wanting to be thinner.

The Modern Family star, 21, shared on her Instagram Stories Tuesday that her recent weight loss is due to a switch-up in antidepressants. “For years I had been on anti-depressants that caused me to gain weight that I couldn’t lose no matter what I did,” she wrote. “It was always frustrating for me because I wanted to be able to get fit and feel like the work I was doing was paying off, but it never felt that way.”

In another post, Ariel also said she’s been in therapy for six years, but went on to explain that she stayed on her first medications for so long because the process to go off of anti-depressants is “really long and difficult.” “I wasn’t ready to go through it again so I just accepted feeling eh instead of trying to find something to actually feel better,” she wrote.

But last year, she said she got “sick of feeling eh,” which sparked her quest to find a new medication. “It had nothing to do with weight…I was able to find a great combination of medication that works for me.”

And once she changed up her medication, she “instantly” saw results. “[It] made me drop all of the weight I couldn’t lose before by just giving me back a metabolism,” she wrote.

Here’s a series of cringe worthy selfies for your viewing pleasure :’) #3 is extra AF but ??‍♀️

This definitely isn’t the first time Ariel’s had to address her weight (or weight loss). In July 2017, internet trolls shamed her for wearing shorts that were “too small.” And earlier this year in January, she took on body-shamers again when her Instagram blew up with comments about her noticeable weight loss.

“I appreciate you wanting to help girls love themselves the way they are, but you are also kind of cutting someone (me) down which isn’t what I think you were trying to do?” she clapped back.

Now, after her medication change and weight loss, Ariel says she’s feeling “better mentally …and it’s nice to have your body actually respond.” Her next goal? Adding on some muscle. “I want to gain a few pounds of muscle and get healthier,” she wrote. “Also, I want my butt back.”

Luckily, Ariel seems happy and healthy (both mentally and physically) now, and tbh, that’s all that matters.

Ariel isn’t the only celebrity to feel the wrath of online body-shaming. Watch below to find out which other A-listers have been trolled over their looks…

This article originally appeared on Women’s Health US