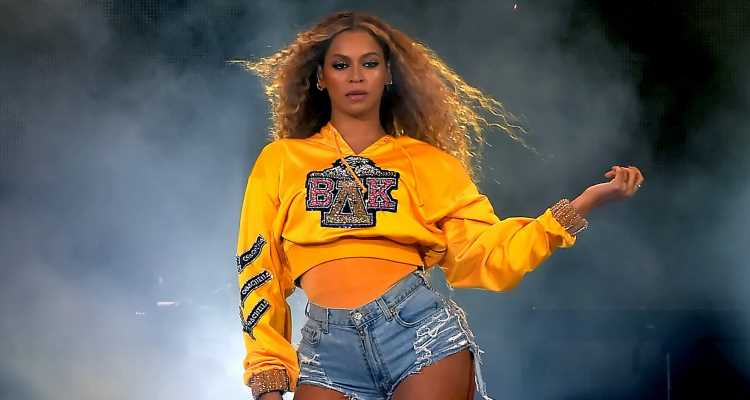 Much alike the ever-expanding Kardashian family, the list of celebrity weight loss fads goes on and on (and on.) Between the baby food diet, celery juice craze and dirty keto, it’s pretty hard to keep up with who’s subscribed to what these days– not to mention, whether it actually works.

But if you’ve ever wondered what Beyonce’s eating and fitness regime looks like, here’s the latest update.

In her new Netflix doco, Homecoming: A Film by Beyonce, the 37-year-old opened about how she got in shape in the lead up to Coachella.

“In order for me to meet my goals, I’m limiting myself to no bread, no carbs, no sugar, no dairy, no meat, no fish, no alcohol… I’m hungry,” she explained.

Which leaves… very little, to be honest. Then came her exercise habits: as well as juggling rehearsals for the show and her three kids, she managed to fit in extra sweat sessions (because, superhuman).

“Between SoulCycle and coming in here, you’re losing like 1500, 2000 calories,” a dancer told her in the flick. She replied: “Yeah, it’s true and eventually I want to be able to do SoulCycle, the stairs and rehearsal in a day.”

According to a recent feature in Vogue, Bey reached 99 kg after giving birth to her twins Rumi and Sir in June 2017, which is what motivated her to completely overhaul her lifestyle. Needless to say, she lost the weight – but it wasn’t easy:

“I definitely pushed myself further than I knew I could and I learned a valuable lesson,” she said in the doc. “I will never push myself that far again. I feel like I’m a new woman in a new chapter of my life. I’m not even trying to be who I was. It’s so beautiful that children do that to you.”

For what it’s worth, the Internet had a lot of questions on the matter. Mainly, how the hell did she survive it?

Yup. If ever there was a doubt that Beyonce is committed to the cause (the cause being her insanely fit rig), Homecoming has cleared that right up.