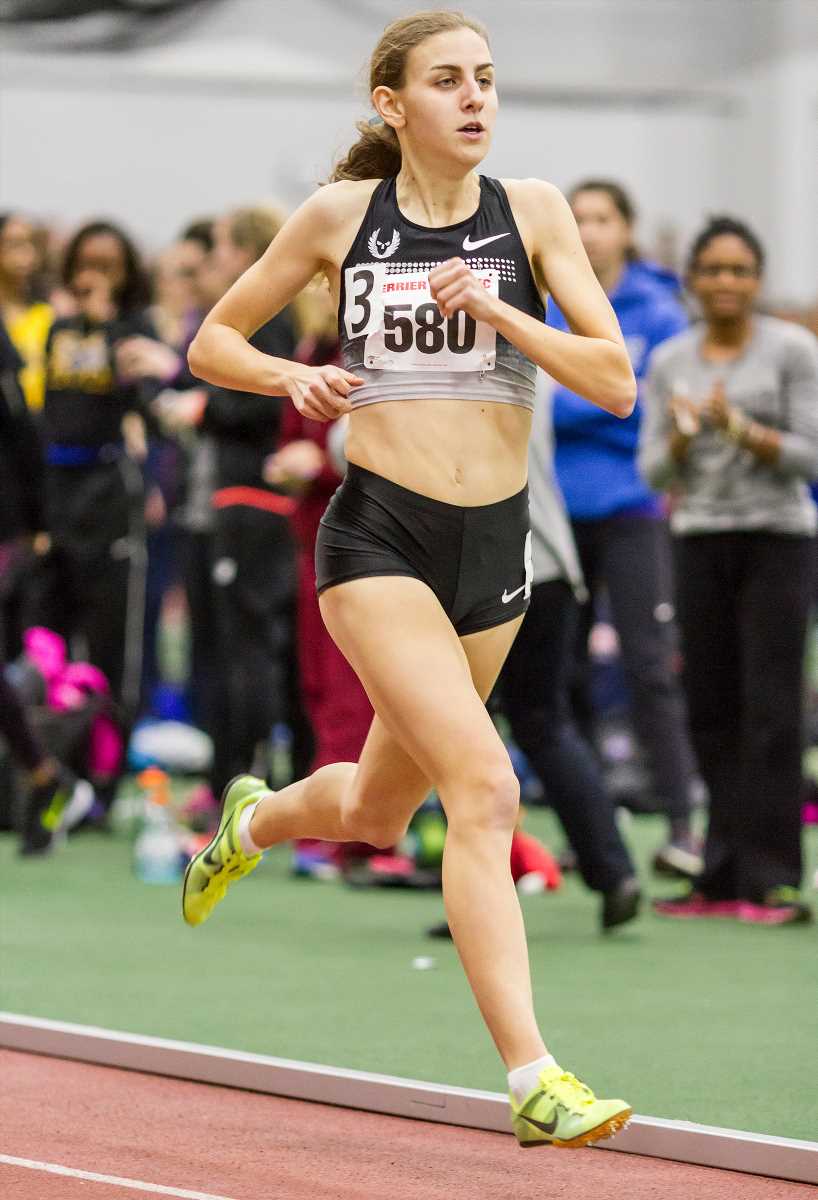 Runner Mary Cain, once the “fastest girl in America,” says that her former coach at the Nike Oregon Project forced her to lose weight and ignored her acts of self-harm.

Cain, 23, spoke out against coach Alberto Salazar in a video for The New York Times, calling the program “an emotionally and physically abusive system.”

“I joined Nike because I wanted to be the best female athlete ever. Instead, I was emotionally and physically abused by a system designed by Alberto and endorsed by Nike,” she said. In an email to the Times, Salazar reportedly denied many of the charges.

Cain, who set multiple U.S. junior records when she was in high school, left her hometown of Bronxville, New York to sign a professional contract with Nike and the Oregon Project in 2013. There, she says, the “all-male” coaching staff “became convinced that in order for me to get better, I had to become thinner and thinner and thinner.”

Cain said that Nike did not have a certified sports psychologist nor a certified nutritionist, and that Salazar “created an arbitrary number of 114 lbs.” that he wanted her to weigh.

He “would usually weigh me in front of my teammates and publicly shame me if I wasn’t hitting weight,” she said. “He wanted to give me birth control pills and diuretics to lose weight — the latter of which isn’t allowed in track and field. I ran terrible during this time.”

Cain said that during her time with the Nike Oregon Project (NOP), she lost her period for three years — a syndrome called exercise-induced amenorrhea, which causes a lack of estrogen and can lead to osteoporosis and bone density issues. Cain said that while at NOP, she “broke five different bones.”

Cain said that she started having suicidal thoughts and began cutting herself. She said, tearing up, that people at NOP saw her cut herself and “nobody really did anything or said anything.”

Her breaking point, she said, came in 2015 after a race where she underperformed.

“Afterwards there was a thunderstorm going on. Half the track was under one tent and Alberto yelled at me in front of everybody else at the meet. He told me that I had clearly gained 5 lbs. before the race,” she said. “It was also that night that I told Alberto and our sports psych that I was cutting myself and they pretty much told me that they just wanted to go to bed.”

PEOPLE has reached out to Nike for comment. The company declined to comment to the Times. Salazar, who was suspended by the United States Anti-Doping Agency in September for four years for violating anti-doping rules, denied many of Cain’s allegations to The New York Times, saying he had supported her health and welfare. He is currently appealing his suspension, though Nike shut down the NOP shortly after his ban was announced.

Jonathan Marcus, who says he was the director of that 2015 race, verified Cain’s account.

Cain left NOP soon after the incident with Salazar and returned home.

“I wasn’t even trying to make the Olympics anymore. I was just trying to survive,” she said. “So I made the painful choice and I quit the team.”

Cain has only raced a handful of times in the three years since she left NOP, though she is beginning to return to professional running with a new coach. She said that “there is a systemic crisis in women’s sports and at Nike” that “needs to change.”

“I got caught in a system designed by and for men which destroys the bodies of young girls,” she said. “I genuinely do have hope for the sport and I plan to be running for many years to come, and so part of the reason I’m doing this now is I want to end this chapter and I want to start a new one.”