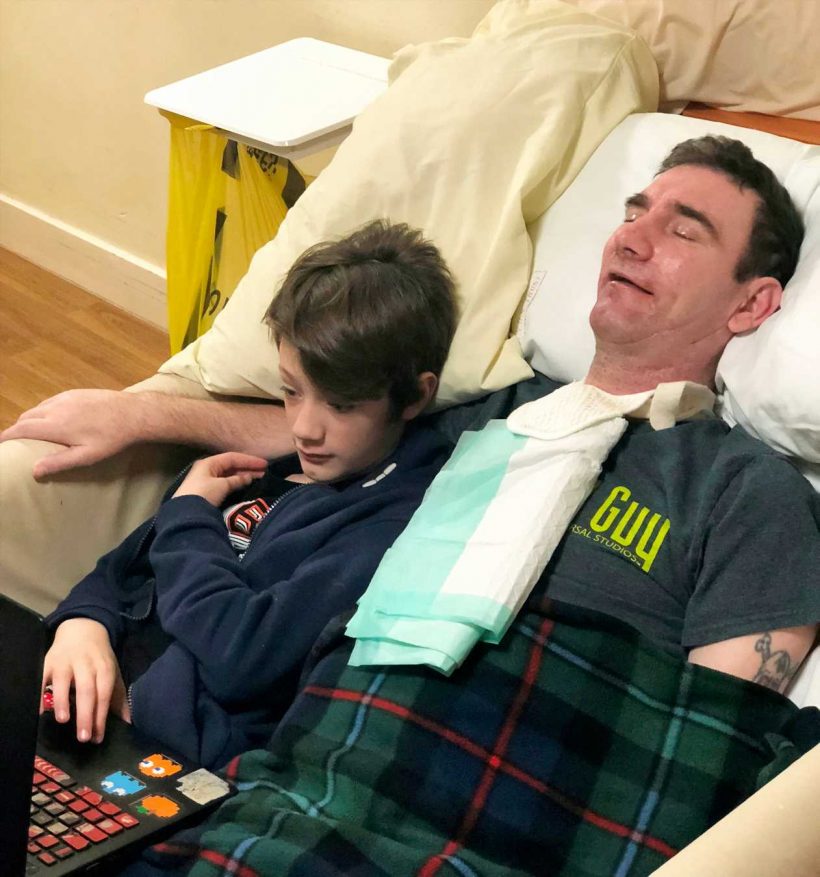 A 50-year-old father of three and step father to two was left completely paralyzed after suffering a stroke that triggered a rare syndrome.

Darren Leith was 48 years old in April 2017 when he was rushed to the hospital for what his family believed was a seizure, the GoFundMe page created for him explains.

Leith, who is from Cumbria, England, was placed in an induced coma for a time. After coming out of the coma, he was only able to move his eyes — he could not speak or move the rest of his body. It became clear that it was not a seizure, but a stroke, that triggered the paralysis.

A specialist diagnosed Leith with Locked-In-Syndrome – which only occurs to 1% of stroke victims. It is a rare neurological disorder that causes complete paralysis over all voluntary muscles except for the ones that control the eyes, according to the National Organization for Rare Disorders (NORD).

: Longtime Friends Who Now Use Wheelchairs Help Each Other Through Paralysis: ‘We Understand Each Other’

While he can still feel touch, pain, an itch and other sensations, and he is entirely aware of his environment and surroundings, Leith is ‘locked’ inside his body, as the name of the syndrome implies.

According to the GoFundMe, Leith has spent the past two years in rehabilitation centers and hospitals over 100 miles away from his family. But he has received visitors regularly, including his partner Kelly, his daughters Kirsten and Shannon, son Connor, and step-children Mark and Jamie.

: Mom’s Sudden Death Leads to a Life-Saving Kidney Transplant for Her Daughter’s Boyfriend

Due to the need for constant personal and medical help, Leith’s children would like to get him relocated to an affordable home where all of them could live and aid him. His children are in the process of selling his current home, with that money going towards the new residence, as well as equipment for him to use.