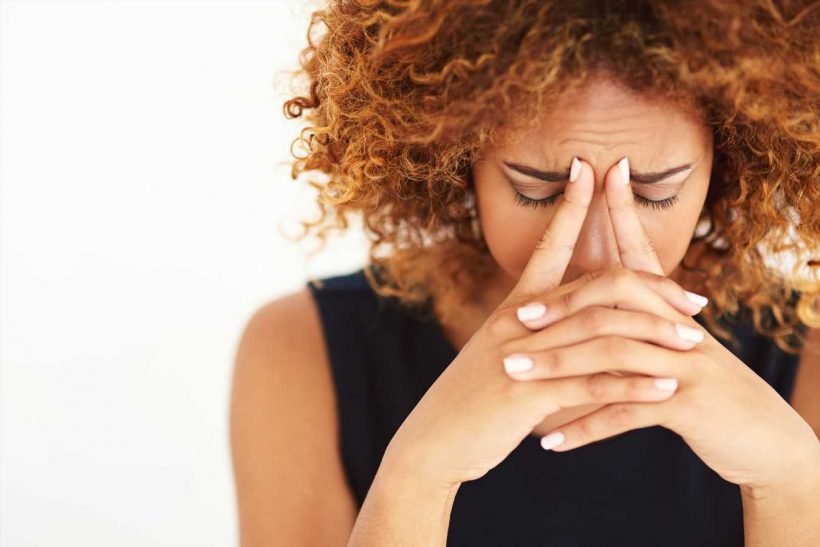 If you’ve felt stressed, worried or angry in the past 24 hours, your fellow Americans can relate.

A new poll says Americans are some of the most stressed people in the world, with about 55 percent of adults reporting that they had experienced stress during “a lot of the day” prior.

The annual Gallup poll, released on Thursday, surveyed more than 150,000 people around the world. Based on responses from more than 1,000 adults, the data puts Americans on par with Greece, which has been at the top of the list since 2012. The poll also revealed that about 45 percent of Americans reported that they felt “a lot” of worry the day before. This is significantly higher than the global average of 35 percent. The number of Americans who reported feeling “a lot” of anger the day before matched the worldwide average of 22 percent.

To determine these percentages, Gallup asked participants “whether they have experienced a handful of positive or negative feelings the day before being interviewed.” While 71 percent of people worldwide said they experienced a lot of enjoyment the day before taking the survey (in which Paraguay had the highest Positive Experience Index score of any country), the majority of Americans did not.

“What really stood out for the U.S. is the increase in the negative experiences,” Julie Ray, Gallup’s managing editor for world news, told The New York Times. “This was kind of a surprise to us when we saw the numbers head in this direction.”

However, because people have both positive and negative parts of their day, Gallup’s study analyzed both answers separately and found that Americans also tested above the worldwide average for positive experiences — measured by asking about “whether individuals felt well-rested, felt treated with respect, smiled or laughed, learned or did something interesting and felt enjoyment.”

Ray explained the seemingly contradictory information: “If you think about how you felt yesterday, you didn’t just feel one way the entire day,” she said.

Ray added that she can’t confirm the reason for a high percentage of negative experiences among Americans, but said low income and disapproval with President Trump could be contributing.

“We are seeing patterns that would point to a political explanation, or a polarization explanation, with the U.S. data, but can we say that definitively? No,” Ray said.

And this issue isn’t just affecting adults. In 2018, PEOPLE reported that it’s especially problematic among teenagers. According to the National Institute of Mental Health, 62 percent of college students said in 2016 that they feel “overwhelming anxiety;” up from 50 percent in 2011, based on a survey from the American College Health Association.

“Anxiety is probably one of the biggest mental health concerns, period, and yet we’re much more likely to say we’ll look at depression and post-traumatic stress disorder,” Dr. Robin H. Gurwitch professor and clinical psychologist at Duke University Medical Center and the Center for Child and Family Health previously told PEOPLE. “We don’t give as much attention to stress, maybe because all of us experience anxiety in one way, shape or form. But when it rises to a level where it interferes with daily functioning, it becomes a problem.”