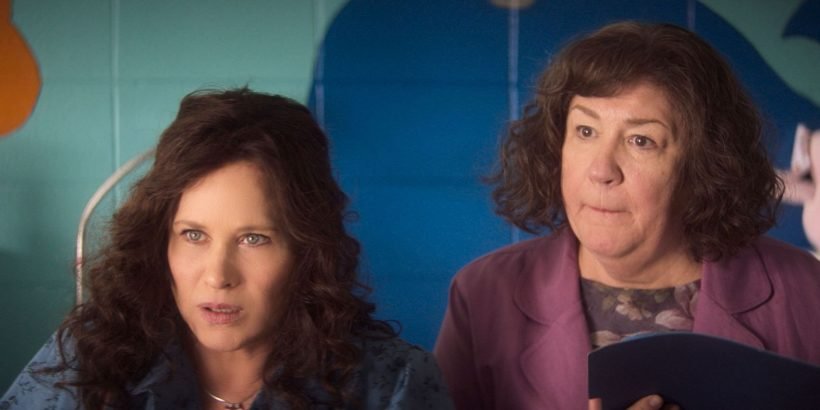 On the most recent episode of Hulu’s The Act, viewers got a glimpse into Gypsy Rose Blanchard’s early childhood—and apparently her mom Dee Dee was an overbearing and overprotective mother from the start, and it all started with Gypsy Rose being diagnosed with “failure to thrive.”

I’ll back up a sec: This episode—the sixth of the series–starts out with Dee Dee giving birth to Gypsy Rose back in 1991 in Louisiana. Fast forward a few months later when Dee Dee is sitting at home with her mother, Emma Pitre, and Gypsy Rose, and Dee Dee begins to think something’s wrong, medically, with Gypsy. “I just know something’s wrong,” Dee Dee says, before finally deciding to take Gypsy in for a checkup.

At the pediatrician’s office, Dee Dee is told that Gypsy has “failure to thrive”—which sends both Dee Dee and her mother into a panic. “It’s a creepy name, but it’s not too bad,” the doctor says. “Basically, it just means she’s underweight and she’s smaller than she should be a two months.”

The doctor assures Dee Dee that “infants grow out of it all the time—especially if the parents get a system in place.” The doctor sends Dee Dee home with a list of everything she needs to know (like instructions on feeding her more), along with a supplement and a high-calorie formula. But overall, the doctor tells Dee Dee she “can rest easy.”

If you’re thinking of that Sarah Jessica Parker and Matthew McConaughey movie, that’s not it (that’s Failure to Launch, FYI). Failure to thrive actually refers to children whose current weight or rate of weight gain is much lower than that of other children of similar age and gender—like the doctor in The Act said—according to the U.S. National Library of Medicine (NLM).

Tons of things can cause failure to thrive, per the NLM, like medical issues (issues with the organs or metabolism, among others) or environmental factors (poverty, lack of an emotional bonds, poor eating habits, etc.).

Initially, failure to thrive is diagnosed when the child appears smaller than other children of a similar age, but as it develops further, it can manifest in mental and physical delays in development, as well as constipation, excessive crying, excessive sleepiness, and irritability, per the NLM.

Treatment options will depend on the severity of a child’s failure to thrive, but can include increasing the child’s calorie intake, correcting any vitamin or mineral deficiencies, and treating any medical issues, per the NLM. While failure to thrive can affect overall growth and development if it lasts a long time, development can continue normally if it’s caught and corrected early.

Basically, the doc was totally right: Gypsy had a good chance of being totally fine after having failure to thrive—that is, if Dee Dee hadn’t taken over and started diagnosing her with a host of fake illnesses. Kind of seems like a perfect storm, right?