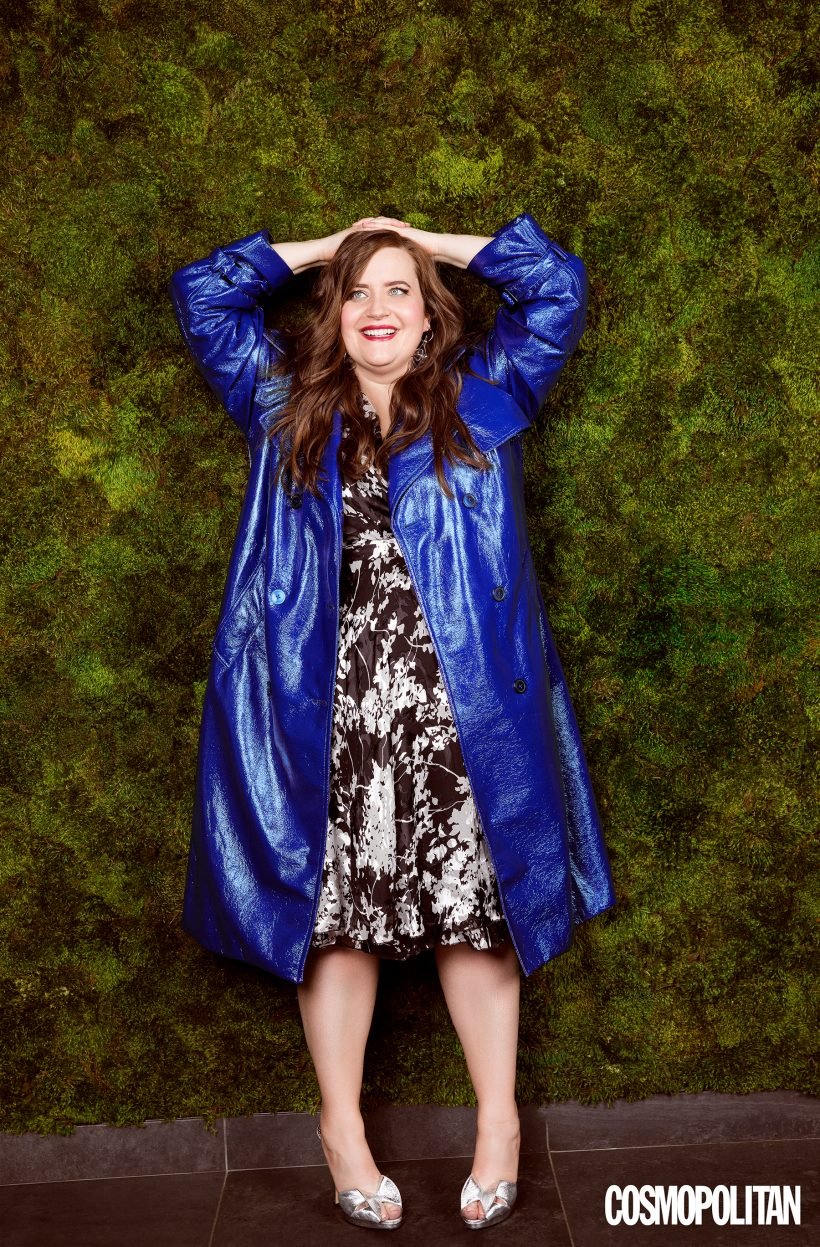 Aidy Bryant is confident with her body, and wants to help other women feel the same way.

In PEOPLE’s exclusive first look at Bryant’s fashion shoot for the April issue of Cosmopolitan, which also features her Shrill costar Lolly Adefope, the Saturday Night Live star, 31, opened up about why she wants to reclaim the word fat.

“Yeah, I’m fat,” Bryant told Cosmo. “I’m not afraid of saying that. And there are a lot of euphemistic ways to soften it, like, ‘She’s chunky or curvy.’ But there’s something to be be said for just owning it and not letting it destroy me.”

Shrill, which is coming to Hulu on March 15, is a comedy series that follows Annie (Bryant), a young woman trying to get the most out of life professionally and romantically without having to drop a dress size. The show is based on Shrill: Notes From a Loud Woman, a New York Times bestselling book of essays written by Lindy West.

Opening up about her own creative process, West added that she also has no interest in downplaying her size.

“I don’t want to be a curvy babe,” she said. “I wanted to create a fat character that you fall in love with and can’t help but root for.”

Bryant has previously been open about how the moment she stopped worrying about her body was like “a switch flipping,” for both her self-esteem and her career.

“I finally was like, ‘What if I put all of that energy into just trying to like myself and focus on the things I actually want to do as opposed to this thing that’s like a made-up concept?’ And I’m not kidding, my entire life changed after I did that,” Bryant told The Cut in 2017. “Within two years, I was hired by Second City; two years later I was hired by SNL.”

“I stopped letting it be an all-day, everyday thing that defined everything that I did. And it worked,” she added.

Although Bryant never imagined she’d use her public platform “to be a body-positivity activist,” she’s learned to embrace the role.

“It sounds so corny now, but representation does f— matter,” she said. “And I remember how as a child I was obsessed with Rosie O’Donnell even though that wasn’t exactly what I wanted to do, but I was like, Oh my god, someone who’s a little bit like me on TV.”