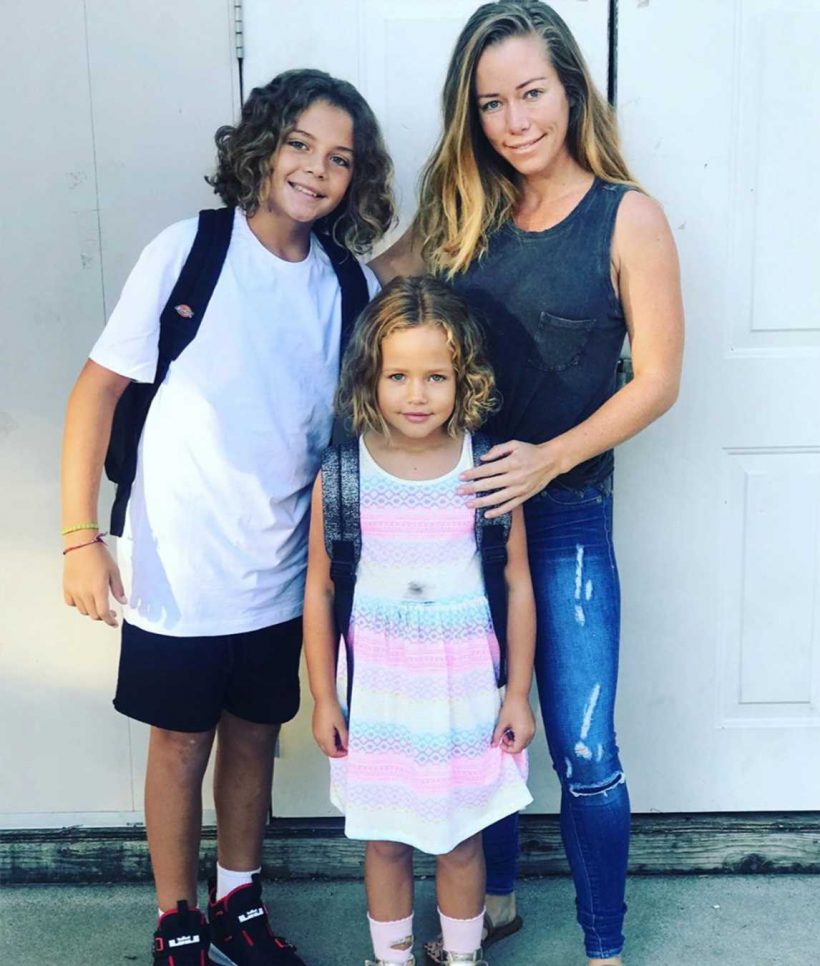 Kendra Wilkinson‘s school dropoff didn’t go as smoothly as she had hoped.

The reality star documented her son Hank, 9, and 5-year-old daughter Alijah’s first day of school on Instagram Friday, posting several family photos from the start of the school year.

“First day of school. Great start to kindergarten and 4th grade! The only problem was me this morning spilling their smoothie everywhere and panicking but other than that was great. Lol,” Wilkinson captioned the slideshow.

This school year marks Wilkinson’s first as a single mom after finalizing her divorce from ex-husband Hank Baskett.

In February, a judge signed off on the former couple’s divorce judgment and they were restored to the status of single persons, according to court documents obtained by The Blast.

The pair agreed to split joint legal and physical custody of their two children.

“[Kendra] was of course heartbroken when her marriage fell apart, but soon realized this is what’s best for everyone,” a source previously told PEOPLE. “She’s focusing on herself, her health and most importantly her children. She’s looking forward to what the future holds.”