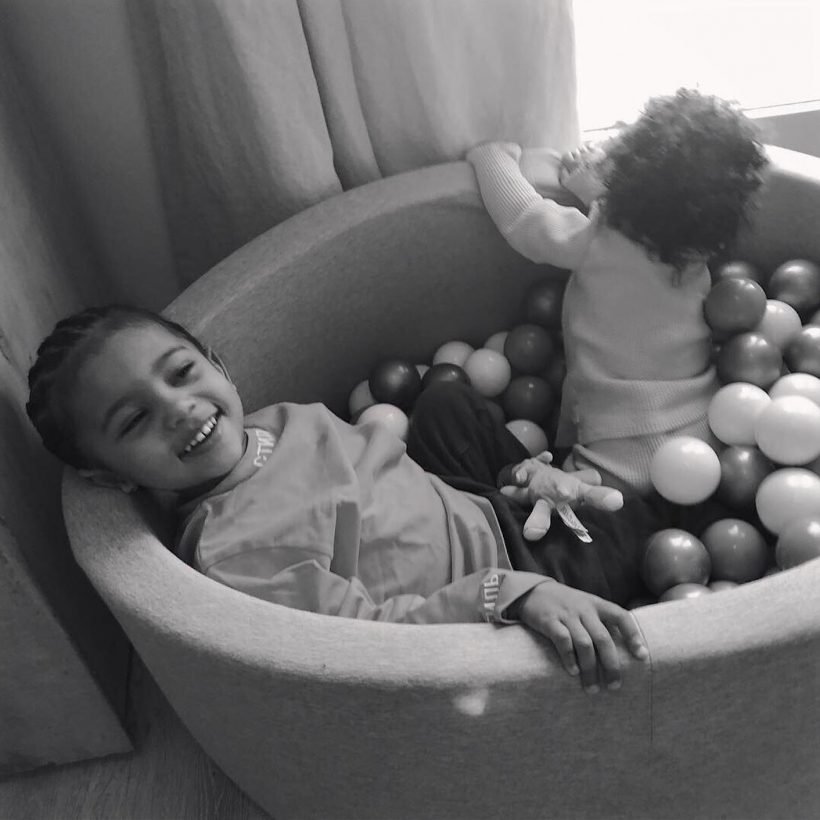 Now you see him, now you don’t!

Kim Kardashian West shared a handful of sweet new snaps of her son Saint on Sunday, as she praised how seriously her baby boy takes his games of hide and seek.

In one of the images, the 38-year-old Keeping Up with the Kardashians star’s 3-year-old son rests face-down in a pit of balls, managing to partially cover himself in the process — while in another photo her son adopts the same position, but forgets to tuck his feet inside, leaving them resting on the edge instead.

Clearly enjoying himself, Saint has a big smile on his face as he grins for the camera in the rest of the adorable shots.

“The King of Hide and Seek,” Kardashian West captioned the images, adding a crying with laughter emoji.

The king of hide and seek ?

The king of hide and seek ?

The previous day, Kardashian West also shared some sweet snaps of her and husband Kanye West’s daughter Chicago spending some quality time with her cousin True.

In one of the images, Chicago, 13 months, has her hands playfully covering her mouth while seated on the ground next to True, 10 months. Meanwhile, another photo highlights the growing camaraderie between the two cousins, as the pair turn their heads to look at one another, seemingly casting a knowing look.

“I can’t wait to hear what they talk about lol,” Kardashian West captioned the shot.

I can’t wait to hear what they talk about lol

I can’t wait to hear what they talk about lol

In addition to taking after her mother when it comes to spending time with her family, Chicago seems to have inherited her mother’s flair for fashion.

Earlier this week, Kim shared a cute video on social media of Chicago prancing around in a pair of the reality star’s $592 Yeezy heels, which she paired with a $17,500 Hermés Kelly bag.

“Where are you going?” Kim asks her daughter, before handing Chicago the fashionable purse to complete the ensemble.

“Look at you,” the soon-to-be mother of four says while laughing, before bending over to give kiss the little cutie, whose focus remains on the bag.

Of course, Chicago isn’t the only budding fashionista Kim has on her hands! The KKW Beauty mogul could barely contain her pride last month as she celebrated her oldest child North West‘s first solo magazine cover.

“My most stylish and beautiful baby girl North shot her 1st cover for @wwdthis link opens in a new tab!!!! She loves fashion & beauty and has so much fun doing this!” Kardashian West wrote on social media, sharing photos from her 5-year-old daughter’s bold shoot for WWD Beauty Inc.

“I’m seriously so proud of my Northie!” she raved in a separate tweet. “She picked her looks and eyeliner color and is so involved and loves fashion & beauty so much so she has the best time at her @wwdthis link opens in a new tab shoot! [Husband Kanye West] & I always say she’s Kristen Crawley’s style twin.”

Kim also revealed her daughter’s snack of choice on set, writing, “All she wanted was nachos on shoot day and we made that happen!”