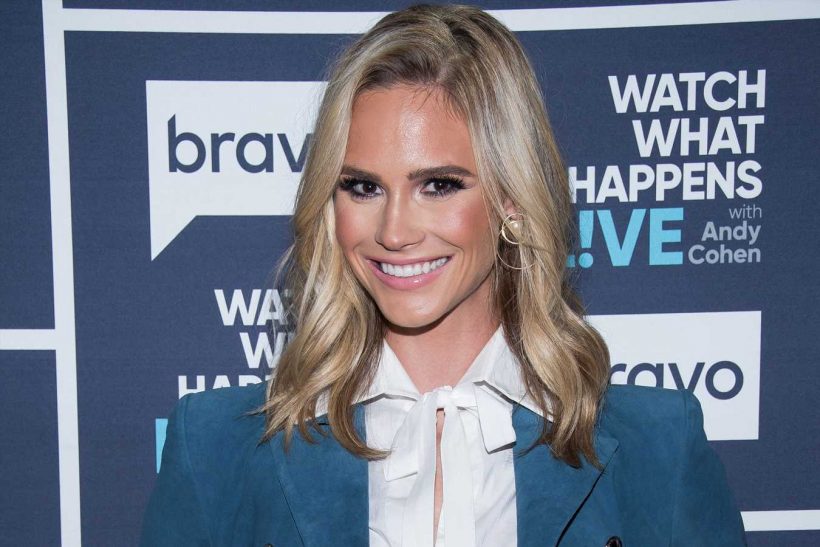 Meghan King Edmonds has had enough of the mom shamers on social media.

The Real Housewives of Orange County alum, 34, shared a sweet photo of her 2-year-old daughter Aspen, seemingly unclothed by their pool ahead of her bedtime.

Before others could comment on Edmonds letting her daughter bare all at home, the mother of three told them to reconsider their criticism.

“She’s rarely clothed at home and I don’t discourage it,” Edmonds captioned the photo of Aspen adorably smiling at the camera with a pink flamingo emoticon covering up her body. “If my parenting makes you uncomfortable please ask yourself ‘why?’ “

The post came just a few hours after she took her daughter to get a haircut. The toddler came out of the salon with new short bangs as the mom revealed that Aspen “loved every second” of it. Afterward, she was seen excitedly skipping around the mall, all documented on Edmonds Instagram Stories.

On Friday, the mom also revealed that her daughter was potty trained, telling fellow parents it took “old fashioned consistency.”

“Aspen is finally and officially potty trained! I tried all the special methods but the one that worked was old fashioned consistency and redundancy!,” Edmonds wrote on Instagram. “We have an accident on occasion but we don’t use anything but big-girl panties anymore! Hooray!”

Aspen is a big sister to twin baby brothers Hart and Hayes, who turned 1 in June. Edmonds shares all three children with husband and former Major League baseball player Jim Edmonds, who was recently accused of having an affair with a mistress.

She revealed that Hart has “minor Periventricular Leukomalacia on both sides of his brain” and is “at risk for being diagnosed with Cerebral Palsy.”

“Hart has irreversible brain damage, it’s called PVL,” Edmonds wrote in a blog post about PVL, which is a softening of white brain tissue near the fluid-filled chambers in the brain, according to Cedars-Sinai. PVL occurs because brain tissue has been injured or has died, and can be caused by a lack of blood flow to the brain tissue before, during or after birth.

She explained that she knew there was something different about Hart when he was born, urging doctors to test him before they finally received the diagnosis. Upon learning her son had special needs, she called it a “gift.”

“I will go on about this another time but just know that I do not see his diagnosis as anything but a gift: we were chosen to take on this special person,” Edmonds wrote. “I truly feel as if we’ve doubled down and won the underdog hand. Truly.”