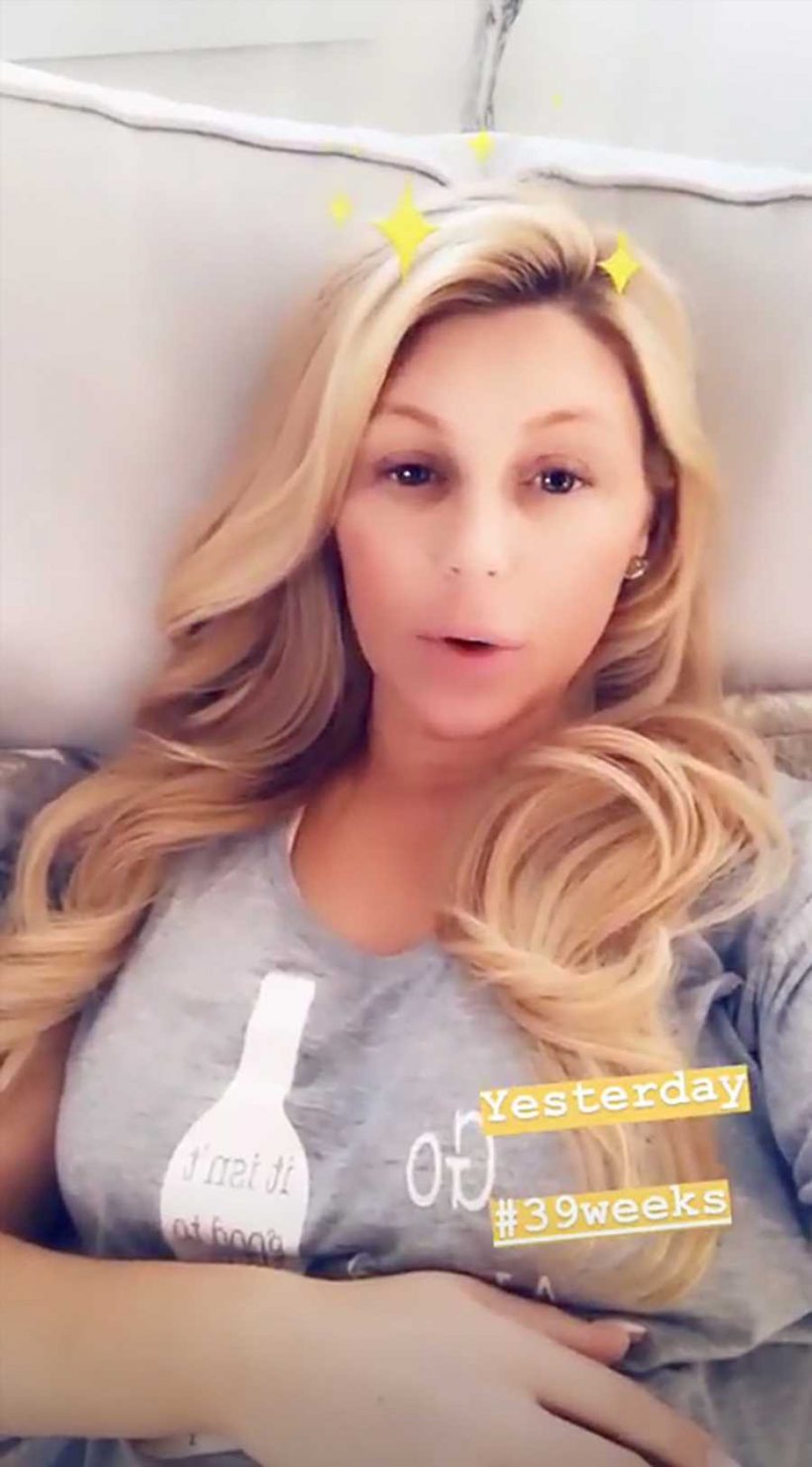 Real Housewives of Orange County alum Gretchen Rossi is opening up about her pregnancy, revealing to fans on Tuesday that she will be having a C-section.

“Tomorrow is the Day!!!” she wrote in a lengthy caption of an Instagram post featuring photos from her recent PEOPLE maternity shoot.

Rossi, 41, continued to explain that after a “really really tough day yesterday” after a doctor’s appointment, she, her partner Slade Smiley and her doctors made the “super hard decision” that having a C-section would be the “safest thing” for both her and the baby.

“Doctor said I am only dilated 1cm and I guess I have a ‘cervix of steel’ 😜 so it’s not really cooperating at this point and just my pelvic exam yesterday was so beyond painful that I almost passed out, then started to hyperventilate because of that, which then lead to a panic attack! Needless to say I was a hot mess!” she continued.

Rossi said that ultimately, a C-section will be “a lot less stress on myself and the baby” — but that doesn’t mean that the change of plans has been easy for her.

“When you have this vision of how you want your labor and delivery to go and it doesn’t turn out they way you imagined, there is this sadness and internal struggle with ‘why isn’t my body cooperating’ or am I making the right decision etc,” she said.

Rossi continued to say that God gave her a sign that it was the correct decision: “He literally had so many of my friends reach out to me yesterday and put me at ease about a potential c-section (and they didn’t even know what had happened at the appt.)”

Rossi also recounted the experience of the doctor’s appointment and decision-making process in an Instagram Story, asking for advice from fans who may have had a similar experience.

“I just really didn’t want to do a C-section,” she said. “I need some advice, help, support from any of you out there that have had C-sections so that I can feel like it’s going to be okay.”

In another post from July 1, Rossi said that a C-section could be a possibility.

“#10 Days till I am induced and or doing a c-section (depending on what position Sky is in at the time)” she wrote underneath photos from an ultrasound.

Rossi first announced her pregnancy in December and has been sharing her journey to motherhood extensively on social media since, including a peek inside her baby shower and revealing that her daughter’s name will be Skylar Gray.

“I’ve just loved the name Skylar ever since I was a little girl,” Rossi told told Access Hollywood in April.

“And it was so interesting because when I told Slade, it was so cute to see his reaction to it. He was just like, ‘Oh my gosh, I love the name Skylar!’ He immediately took to the name,” she added. “It is so perfect in so many ways and for so many reasons. We’ve spent so much time praying and looking to the sky for guidance and looking for help and support in this IVF journey.”

Skylar’s middle name is in honor of Smiley’s 18-year-old son Grayson, who has brain cancer.