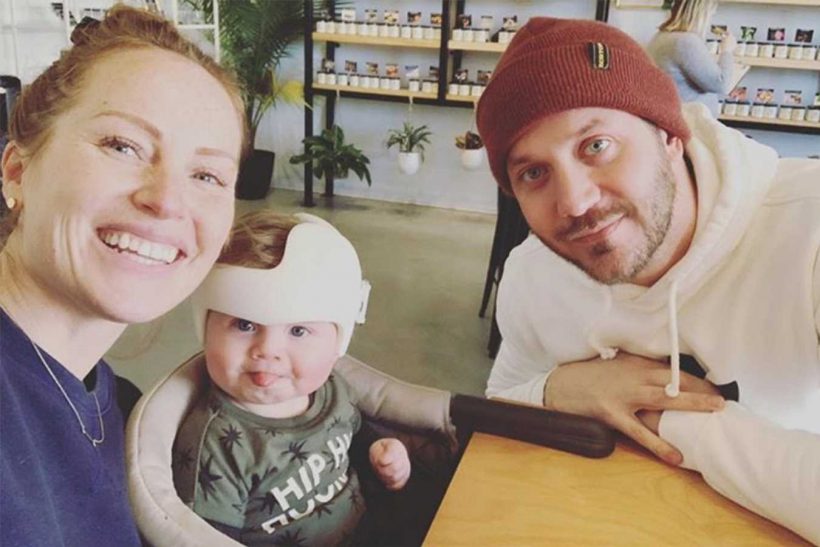 Mina Starsiak has a big week coming up soon. On May 12, she’ll celebrate her first-ever Mother’s Day and, just two days later, the season 4 premiere of her show Good Bones will air.

The HGTV star announced the birth of son Jack Richard on Instagram last August, and says motherhood has been pretty blissful since. Starsiak, who partnered with Lowe’s to share spring DIY tips, tells PEOPLE in that her little boy, whom she shares with husband of two years Stephen Hawk, is the “happiest, sweetest, goofiest baby” — but she has still had to deal with her fair share of comment fielding.

“All the comments are so nice and so positive, but there are definitely those people who give unsolicited advice or have stronger opinions,” she says. “I feel like that’s to be expected. I made a choice to make part of my life public. The way the network is, people think they know me.”

In true HGTV fashion, the home renovator is an open book. She keeps it real on social media, often posting photos of her son in a helmet. But it’s nothing to worry about — Jack is healthy as can be!

“He’s just got a flat head,” Starsiak tells PEOPLE lightheartedly. “He doesn’t seem to care about (wearing) it at all … I think people have really appreciated seeing the pictures of him in the helmet because it makes it more normal.”

Jack has even been sleeping through the night since he was just 3 months old — and yes, Starsiak knows she’s “so insanely lucky” for it.

From hanging out on the set of Good Bones to sitting in on contractor meetings, the Indianapolis native says her baby boy, now 8 months old, does a great job of keeping up with her busy schedule.

“We were filming yesterday at the house … I had to do the on-camera interviews so he just went and sat down with one of the production-team members,” Starsiak tells PEOPLE. “He’s kind of part of the production family.”

Starsiak (whose mom, Karen E. Laine, stars opposite her on Good Bones) struggles to balance work and personal life, but says Jack being “painfully cute” has helped, adding, “I want to come home and just squish his face all the time.”

Back in 2017, Starsiak told PEOPLE exclusively that her breakout hit show sort of happened on a whim. She was a part-time waitress with a bachelor’s degree who had no idea what to do next.

So she bought a house, fixed it up and recruited mom Laine somewhere along the journey. The result? Home-renovation TV magic!

“We’ve been doing this for a long time and up until a year ago, my dad kept asking me to go to law school as a backup,” Starsiak said at the time. “After Good Bones, he finally stopped asking!”

RELATED: Mina Starsiak Shares Pumping Photo and Reveals “Breastfeeding Directly” Was “Not in the Cards”

The success of Good Bones has also earned Starsiak thousands of social-media followers. Despite the abundance of mommy shamers on Instagram, the mother of one is not afraid to post about her day-to-day life, which sometimes includes sweet pictures of baby Jack and his puppy brother, Frank.

And Starsiak won’t be bothered by Internet trolls who have a problem with it. Last year, she directly addressed them in one of her Instagram captions, writing, “***if at all possible, those of you that feel the need to warn me of my dog potentially eating Jack, please try to resist***”