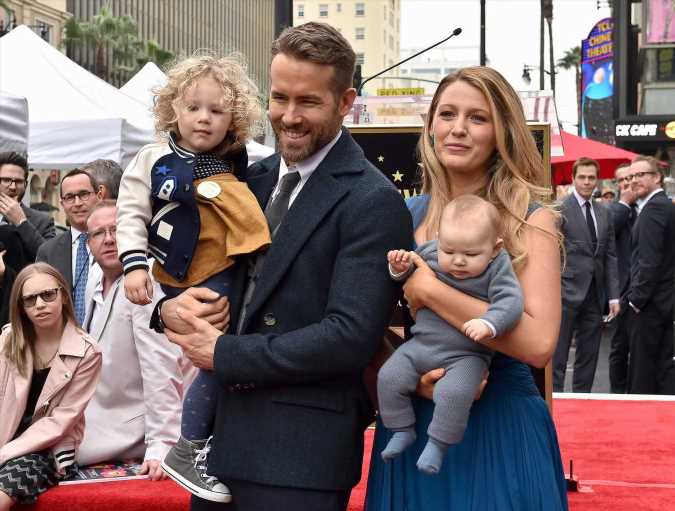 Ryan Reynolds‘ daughters are growing up!

The Pokémon: Detective Pikachu star, 42, revealed what his two daughters — James, 4, and Inez, 2½ — are gravitating toward when asked by Kelly Ripa while on Live with Kelly and Ryan on Friday.

“Knives, a lot of knives,” Reynolds joked. “My older daughter is super into movies and television, like Pikachu, she’s super excited about [it].”

As for his younger daughter, Inez, Reynolds said, “She’s super into villains. We watch Beauty and the Beast and her favorite character is Gaston.”

Inez’s pull to the “Dark Side,” as Ripa described it, doesn’t end there. Her doctor has caught on, too!

“Our pediatrician, when she met Inez, she said, ‘Oh, this one’s shady,’ ” Reynolds said, laughing.

He continued, “Even the other day, when we were traveling back home, we were at the airport and out of our whole family she’s the only one that got the secondary security pat down at 2 years old. She just takes it like a hard-earned felon.”

Reynolds and his wife, actress Blake Lively, revealed they are expecting their third child together while at the New York City premiere of Pokémon: Detective Pikachu on Thursday.

A source close to the couple told PEOPLE the third-time parents-to-be are “so happy and excited about having another baby.”

“They really are the most in-love and in-tune couple and very hands-on parents. They’d have a dozen kids if they could,” added the source.