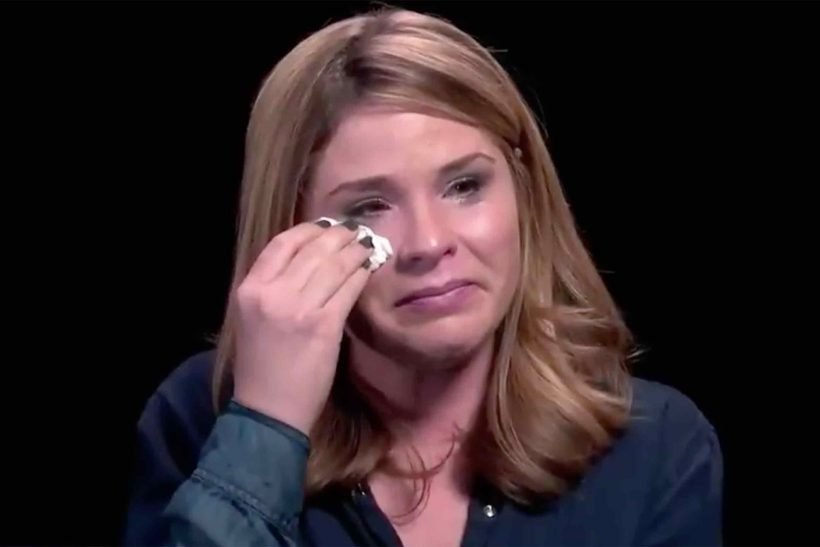 One person who seemed to know that Jenna Bush Hager‘s third child on the way would be a boy, way before her pregnancy? Tyler Henry.

In March 2016 — more than three years before Bush Hager announced, on Monday, that she and husband Henry Hager are expecting a son — the Hollywood Medium star stopped by the Today show, where he gave the now-mom-to-be a reading related to her late grandfather Harold Welch and predicted the new family addition.

“As far as children go, he’s referencing that there is going to be a little boy that will be born,” the clairvoyant said.

“We’ve always thought if we had a boy, we were going to name him after [Welch],” she shared earlier in the reading, through tears. “But we haven’t had a boy yet.”

Nearly a week after Hoda Kotb announced she had adopted a second daughter, Hope Catherine, her new 10 a.m. co-host surprised her co-anchors by dropping the news that she and husband Hager, 40, are expecting their third child.

Bush Hager went on to explain that she broke the news to their daughters the previous day, and was “only telling” on Monday “because they found out yesterday in their Easter basket” and were already spreading the news.

“They told the man behind me on the airplane, they told the people at church … The girls are so happy,” she said.

“The Easter bunny brought them an egg with the big reveal,” she added of her girls later in the broadcast, before going on to announce that the couple are expecting a son.

Bush Hager’s big news came the same day her fellow Today star Dylan Dreyer revealed that she and husband Brian Fichera are experiencing secondary infertility and had a miscarriage over the winter season.

Touching on her own struggles with getting pregnant, shortly after revealing the sex of her baby on the way, Bush Hager explained that while it’s nice to be expecting a son, she and her husband just wanted to have a “healthy baby.”

“We weren’t really trying to get pregnant. We had some fertility issues with Poppy. So we just — it was a date night,” she shared, adding with a laugh, “Sorry, Mom!”