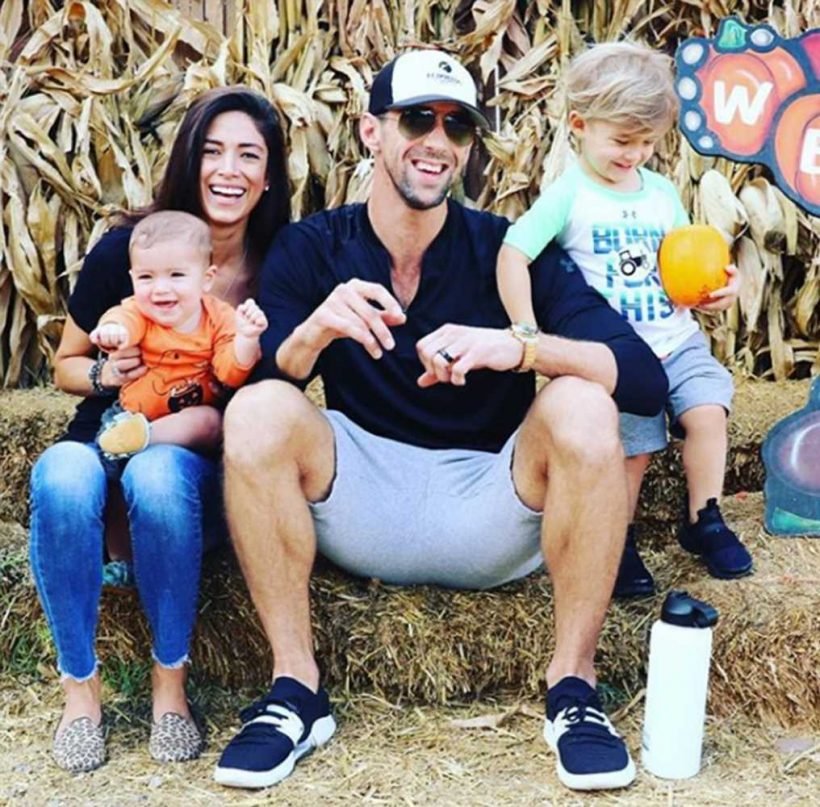 Michael Phelps is ready to have a little girl running around the house.

The retired competitive swimmer, who announced in February that he and his wife Nicole Johnson Phelps are expecting their third child, tells PEOPLE that with two growing boys at home, it would be nice to have a daughter.

“[I’d] love a girl, and I think Nicole would hope for a girl as well,” he shares. “We have a Daddy’s boy and a Mommy’s boy, so maybe we can get a Daddy’s girl and a Mommy’s girl.”

The couple are already parents to sons Beckett Richard, 14 months, and Boomer Robert, 3 next month.

“Everyone talks about how awesome girls are, so I look forward to having that opportunity,” he shares, adding that he won’t be disappointed if the couple ends up having another son but that it might makes things a bit chaotic.

“If we get lucky enough to have a third boy, it is going to be craziness in our house,” Phelps, 33, jokes to PEOPLE.

#3 on the way!Can’t wait to see the journey that this takes us on!!! #luckyman #boyorgirl? #P3

@boomerrphelps decided he needed to do some work with me today??

Michael Phelps Gets Candid About Dealing with Depression: “I Put it Away for a Long Time”

Even though Phelps and his wife still have five months to go before welcoming their next child, the Olympian says they’ve already started thinking about baby names.

“We have girl names picked out, just because Nicole has always had a girl name picked out,” shares Phelps, who is serving as the Global Ambassador for Colgate for their “Save the Water” campaign.

However, their options for boys names are a bit more in flux.

Opening up about the way they’ve settled upon their children’s monikers in the past, Phelps explains that the couple have made sure to choose very meaningful middle names for their sons.

“Those are two big names we wanted to keep and continue in the family,” he shares with PEOPLE. “They have special meaning, but we have no idea what the next one is going to be. We have five months, so we have time to throw some names around.”

Michael Phelps and Wife Nicole Are Expecting Their Third Child: “Oops We Did It Again”

The father of two goes on to share that if there’s anything parenthood teaches you, it’s patience. “I thought I knew the word ‘patience.’ [Kids] give you a whole new definition,” he says, adding that Boomer is already at the age where he’s able to not only pick up on little lessons, but make sure his parents are following them as well!

“We taught Boomer this little lion-breath-type thing — when he is frustrated, he takes a lion breath. He saw me frustrated the other day so he told me to take a lion breath,” Phelps says. “My first [thought] was, ‘How is this coming from a 2-year-old?’ but for me it showed that he is understanding and using it in the right context, which is so powerful to learn at a young age.”

As for following in his footsteps, Phelps shares with PEOPLE that while both of his sons are “fearless in the water,” he’s not trying to push them toward a similar career path.

“I want them to find their own self and their own passion,” he explains. “If they want to be a swimmer, great, but I want them to do it for them. I never want to have them living in my footsteps because it is not fair to them.”