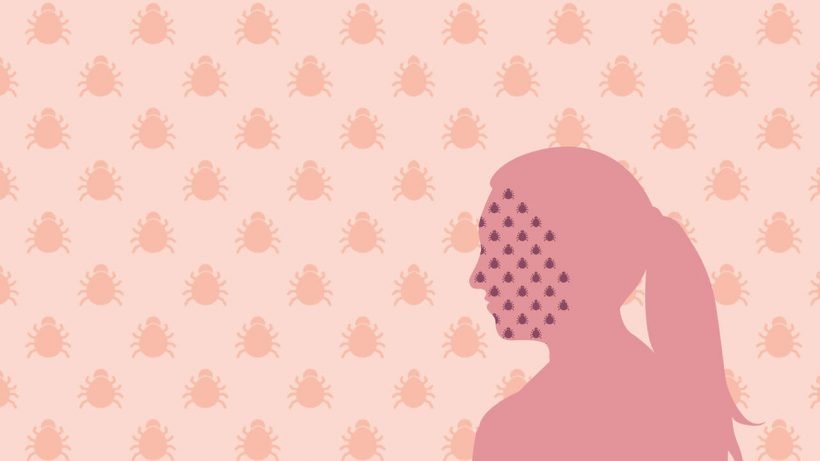 Squeamish people of the world, you’re not going to like this: A new viral video making the rounds is a creepy reminder of the dozens of microscopic mites living, eating, and yes, breeding on your face at all times. Yes, your face.

Before you run to the sink to scrub your face clean—which won't get rid of them, btw—we're here to tell you they're nothing to worry about. Everyone has them, and they're totally normal.

The video comes from narrated footage that San Francisco TV station KQED ran yesterday as part of their Deep Look series. The mites are called demodex—tiny parasites that live on skin hair follicles and feed on sebum, the oily substance produced in pores.

Naturally they glom onto the oiliest parts of the face, which means they typically hang out around the forehead, cheeks, and chin. That's where they breed, but they don't live long; their life cycle is about two weeks long.

Interestingly enough, we aren't born with facial mites. They're typically passed by skin-to-skin contact during childhood. These eight-legged creatures are technically arachnids and are distantly related to our other favorite bugs: ticks and spiders.

On the upside, it's unlikely they'll multiply so many times that they take over your face. According to an article published in the British Journal of Dermatology, your immune system prevents them from overpopulating. In some cases, however, the mites do breed out of control and cause demodicosis, a skin condition.

Demodicosis often appears in individuals with suppressed immune systems, such as those taking immunosuppressant drugs. Demodicosis symptoms include a red rash made up of small-pimple like bumps, the video reveals; other signs include itching and rosacea-like redness. Consult a dermatologist if you believe you're experiencing a demodicosis outbreak.

While the mites in most cases are nothing to get preoccupied by, we bet you'll think of them breeding on your face as you fall asleep tonight. Sweet dreams!

To get our top stories delivered to your inbox, sign up for the Real Wellness newsletter