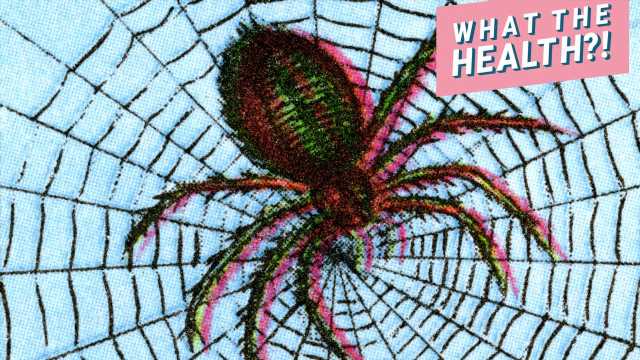 The skin-crawling story of a boy in the U.K. is a reminder that spider bite season is indeed upon us. The 9-year-old boy was left with a gaping hole in his leg after what he thought was a harmless bug bite turned out to be from a poisonous spider. Yikes.

Bobby Cleary’s mother, Emma Barnett, told South West News Service that when Cleary first complained of itchiness and swelling, she put some antiseptic cream on the bite and “didn’t think much more of it.” But just a few days later, Cleary’s teachers called to tell Barnett that he had started limping and the wound had started oozing, Fox News reported.

Barnett said doctors gave Cleary an antihistamine and a pain reliever before bandaging his leg and telling him not to worry. But the next day, Cleary’s grandmother called Barnett to tell her the bandage was completely filled with fluid. He was then rushed to the emergency room.

This time, he was given antibiotics, but still, the wound got worse. Soon, it had turned into a gaping hole. “I panicked, I [had] never seen anything like it,” Barnett told the news outlet.

That was when Barnett started to suspect that the insect that bit her son had to have been poisonous. She took him back to the hospital where doctors placed him on an IV drip to flush out the poison.

To make things worse, Barnett said as an infant, Cleary contracted an infection that now makes him more susceptible to sepsis, a potentially life-threatening complication of infection. Luckily, Cleary hasn’t developed sepsis, but Barnett said she’ll be keeping a close eye on him for the next few days.

Most spider bites are harmless, but both black widow and brown recluse spiders can inject venom that can cause severe symptoms.

A classic sign of a brown recluse bite is a sunken area where the bite took place. The venom destroys the network of capillaries around the bite, causing the skin to start dying.

Black widow spider bites, on the other hand, can make people have flu-like symptoms or severe muscle cramping that’s sometimes mistaken for appendicitis or a heart attack.

If you do get bitten, the best first aid is to clean the area with soap and water and apply an antibiotic ointment. Then, remember the acronym RICE. It stands for: rest, ice (to reduce pain and swelling, usually with cold compresses), compression, and elevation (of your arm or leg, if that’s where you were bitten).

You can also try to catch the spider (without getting bitten again) so it can be identified by an expert. If the bite starts to show signs of infection or you experience other symptoms, go see a doctor as soon as possible. But don’t panic: Most spider bites can be easily treated.