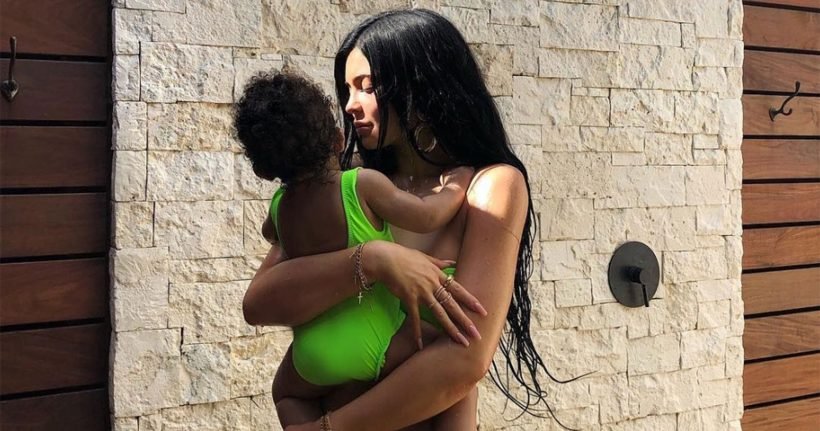 Say it ain’t so! Kylie Jenner wasn’t always sold on the name Stormi for her daughter.

The Kylie Cosmetics CEO, 21, revealed that she considered many monikers for her first child with boyfriend Travis Scott. Jenner opened up about her other options during an Instagram Live video on Tuesday, March 12, noting that she was ultimately hesitant to disclose the names because she might “use those one day.”

“One name I will tell you guys, because I don’t think I’m ever going to name my daughter this [another daughter], but I wanted to name her Rose,” the Keeping Up Up With the Kardashians star shared. “I really liked that name. Shoutout to everyone named Rose.”

Although Jenner didn’t reveal the other names in the running, she teased that her second choice was a “very weird name, but I love it. It just didn’t work for her.”

The Life of Kylie alum almost decided on the name Storm, but added the “i” at the end so her daughter’s name would sound like her own. “When I was pregnant, I used to call her Stormi when I would talk to her in my belly,” Jenner explained. “It just always feels right. … I just couldn’t imagine any other name other than Stormi.”

Jenner was almost going to spell her baby girl’s first name as ‘Stormie,’ but made a “last-minute” decision to drop the “e” when filling out her birth certificate.

The businesswoman previously opened up about the origin of Stormi’s name during an October 2018 interview with makeup artist James Charles and noted that she was looking for something “earth-inspired,” like the name Willow.

Jenner, who threw Stormi a lavish first birthday party in February, “is absolutely obsessed with being a mom,” a source exclusively told Us Weekly after the celebration. “She loves motherhood and luckily, there hasn’t been any huge obstacles.”