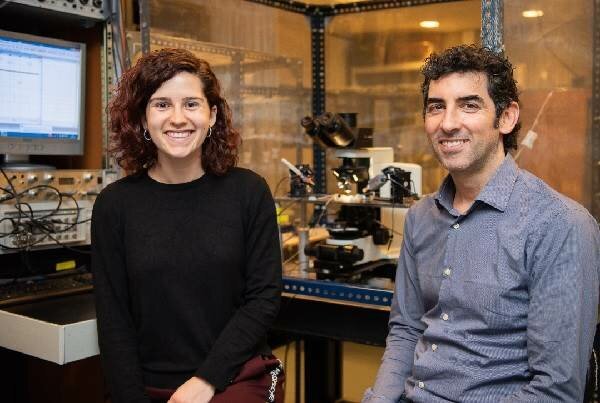 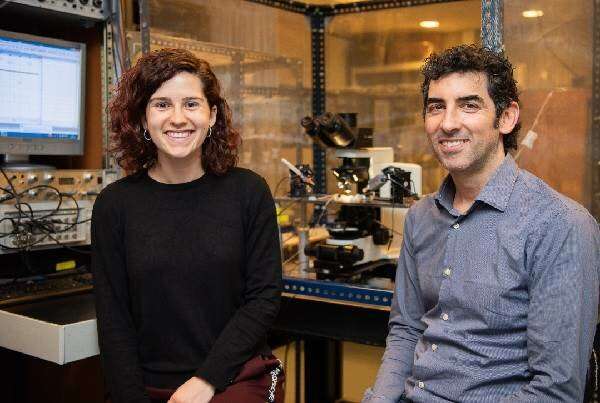 A mutation in the gene that codes the ionic channel TRESK, involved in the control of neuron irritability, causes the dysfunction of some neurons that increase neuronal activity and induce migraine pain.

This is the main conclusion of a new study published in the journal Neuron, in which the experts Xavier Gasull and Alba Andrés-Bilbé, from the Faculty of Medicine and Health Sciences, the Institute of Neurosciences of the University of Barcelona (UBNeuro) and the IDIBAPS Research Group on Neurophysiology- have taken part.

Migraine, one of the most common neurological disorders

Migraine is a neurological disorder affecting about 15 percent of the population, with a genetic, environmental and hormonal basis. This pathology causes continuous and severe episodes of headache, and in some cases, it also causes nausea, vomiting and photophobia. About 80 percent of the cases are considered migraine without aura, and the other 20 percent are episodes in which the headaches are preceded by transitory neurological symptoms that are visual (migraine with aura).

Despite the high prevalence of this headache, “many of the genetic causes and physiopathological mechanisms are still unknown, which makes it harder to find efficient treatments,” says Xavier Gasull.

According to the conclusions, a mutation in the gene that codes the TRESK ionic channel leads to a dysfunctional protein, which alters the ability of the channel to reduce electric activity. At the same time, this mutation generates another altered protein affecting the physiological function of other ionic channels such as TREK1. Finding a mechanism with which the mutation creates two dysfunctional proteins, a process which may be shared with other genetic pathologies, provides new perspectives for future studies.

“Paradoxically, other mutations that removed the TREK protein but did not cause migraine had been described. In the new study, we prove the combination of both factors is necessary to have a higher electric activation of sensorial neurons, which causes the typical migraine pain,” says Xavier Gasull.