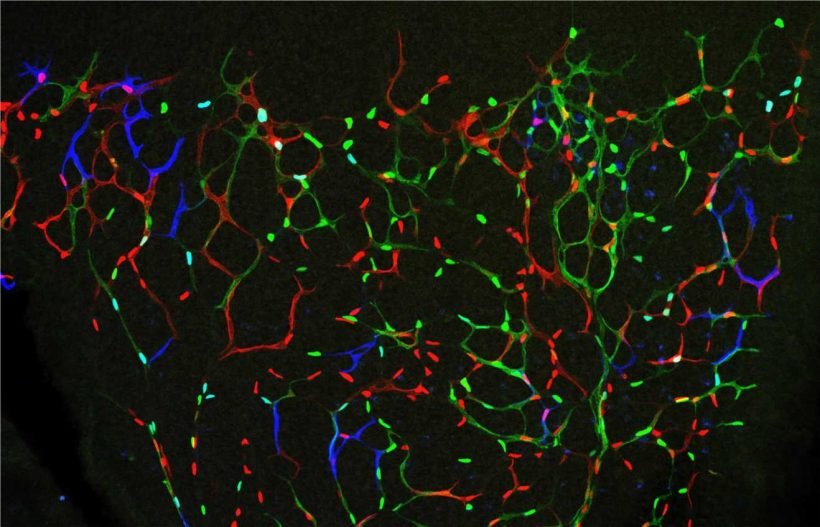 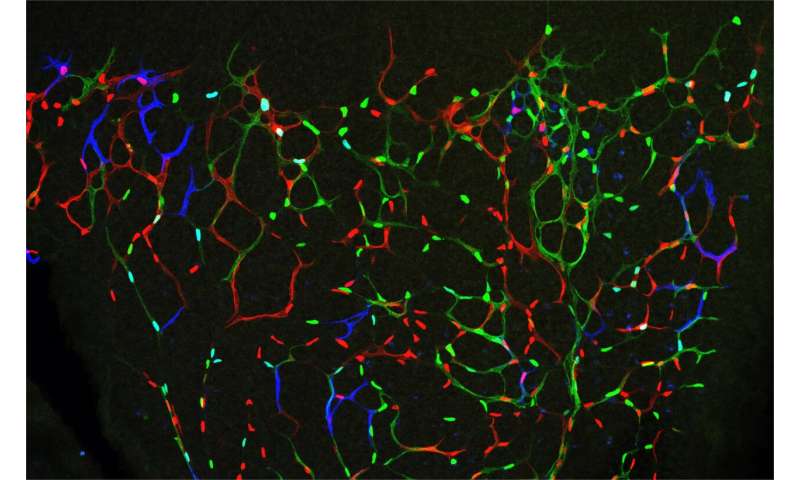 Scientists of the National Center for Cardiovascular Research (CNIC) led by Rui Benedito have discovered a cellular and molecular mechanism that can be exploited to induce productive and sustained angiogenesis in tissues that have become ischemic due to reduced blood supply.

Until now, tissue regeneration treatments based on vascular growth factors have not succeeded in inducing effective angiogenesis, the process through which the body generates new blood vessels. The results, published in Nature Communications, suggest that it might be possible to manipulate the newly discovered mechanism to achieve optimal therapeutic angiogenesis.

Just as roads and highways connect cities and allow them to grow and operate, so the body’s blood vessels are essential for the development and function of tissues. Inhibition of vessel growth is an important therapeutic goal in cancer, whereas induction of angiogenesis has the potential to promote the formation of new blood vessels and tissue regeneration in cardiovascular disease.

Over the last 20 years, scientists have shown that appropriate growth of blood vessels in each tissue depends on a correct balance of several molecular proangiogenic and antiangiogenic mechanisms. Ischemic or hypoxic tissues secrete vascular endothelial growth factors (VEGF), which promote angiogenesis by inducing the proliferation and migration of vascular cells. Previous research by Rui Benedito’s group showed that blood vessel cells resist and oppose these external mitogenic cues through an intercellular ligand-receptor signaling mechanism called Notch.

The currently prevailing view is that increases in VEGF concentration or decreases in vascular Notch signaling stimulate both vascular cell proliferation and vessel growth. Therefore, strategies aimed at stimulating mitogenesis and angiogenesis to treat cardiovascular disease are based on drugs that promote VEGF signaling or block natural angiogenesis inhibitors such as Notch.

Using sophisticated genetic mouse models and cell imaging tools, Rui Benedito’s group have now discovered that the effect of these drugs and signaling mechanisms varies with the stage of angiogenesis and the vascular context.

The results in the Nature Communications study indicate that high mitogenic stimulation induced by VEGF (or Notch inhibition) arrests the proliferation of angiogenic vessels, while at the same time inducing the proliferation of more mature vessels, which are less important for effective angiogenesis in the context of disease. “The arrest of angiogenesis is due to a bell-shaped dose response to the mitogenic stimulation. At high levels of mitogenic stimulus, the endothelial cells migrate and branch, but do not proliferate. Eventually, this affects the sustainable development of the blood vessels and the growth or regeneration of the surrounding tissues,” says Rui Benedito.