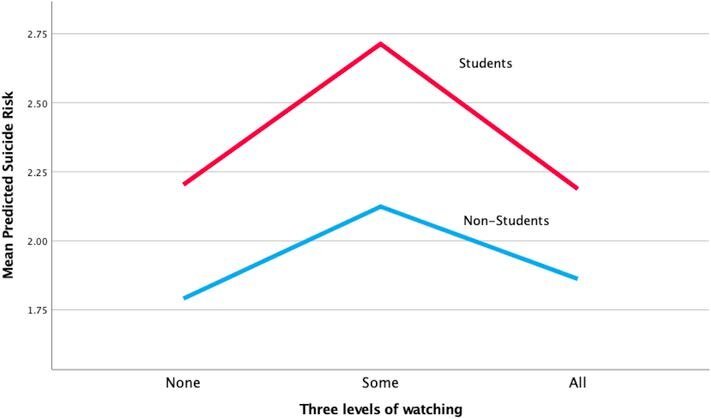 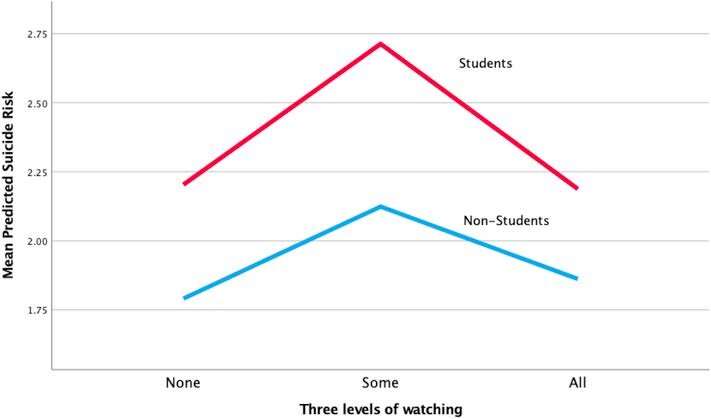 One of the most heavily watched and debated fictional portrayals of suicide in recent years was the Netflix series “13 Reasons Why,” which raised outcries about potential contagion stemming from its portrayal of a female high-school student’s suicide.

Google searches about suicide spiked after the release of Season 1, physicians said that several children created lists of “13 reasons why” they wanted to kill themselves, and one hospital saw an increase in admissions of children who exhibited suicidal behavior. But two studies conducted after the series was released found some beneficial effects.

Given the series’ popularity and its potentially harmful effects, researchers at the Annenberg Public Policy Center (APPC) of the University of Pennsylvania and three other institutions conducted a study to more fully understand the effects of the show through a survey of U.S. young adults, ages 18 to 29, before and after the May 2018 release of its second season.

In the study, published today in the journal Social Science & Medicine, researchers found that:

“Although there’s some good news about the effects of ’13 Reasons Why,’ our findings confirm concerns about the show’s potential for adverse effects on vulnerable viewers,” said Dan Romer, APPC’s research director and the study’s senior author. “It would have been helpful had the producers done more to enable vulnerable viewers to watch the entire second season, which is when the show had its more beneficial effects.”

Background on the study

Suicide is the second-leading cause of death among 15- to 29-year-olds. Media portrayals of suicide have been shown to have helpful and harmful effects. Stories of suicide in news and fictional media can elicit suicide—especially when they explicitly show suicide methods—in a phenomenon called the Werther effect, after Goethe’s novel “The Sorrows of Young Werther.” By contrast, news stories about people who have overcome a suicidal crisis have had a positive impact, a more recently documented phenomenon that is known as the Papageno effect, after the character in Mozart’s opera “The Magic Flute.”

For this study the researchers surveyed 18- to 29-year-olds, who reported having access to Netflix, both shortly before the second season was launched and a month later. A total of 729 respondents completed both the initial internet survey and the follow-up, which used validated scales to measure future suicide risk, hopelessness, recent self-harm, and related outcomes. Women were overrepresented in this sample (82 percent), perhaps because “13 Reasons Why” involved a female protagonist.

An indicator of distress

“13 Reasons Why” seemed to be particularly upsetting for young people who were already at a higher risk of suicide and who empathized with the main character, 17-year-old Hannah, who is bullied and sexually assaulted before deciding to end her life. As the researchers wrote, “We hypothesized that watching only some of the series could be an indicator of distress that led those viewers to discontinue exposure to the upsetting content.” The results appeared to support that idea, in that those who watched only some of the second season showed elevated risk of future suicide, an outcome that was stronger for current students.

At the same time, students who watched the entire second season reported less self-harm after watching than those who did not watch at all. Thus the findings suggest that over the course of a month following the second season, the show exerted a beneficial effect on some students.

The researchers added: “One explanation for the beneficial finding is that those at higher risk who persisted to the end were able to empathize with the challenges faced by the main characters and to take away a life-affirming lesson applied to their own lives.” The second season may have conveyed this message with more effectiveness than the first season, which mainly focused on the harm that the suicide inflicted on the victim’s friends and family.

“Given that we know that the Werther effect is a real phenomenon with detrimental consequences, the public outcry about potential contagious effects as a response to the first season is justified,” said the study’s lead author, Florian Arendt of the University of Vienna, Austria. “However, the second season appeared to have more content that could engender a beneficial effect than the first season, and this may have helped those who watched it in its entirety to walk away with more beneficial outcomes.”

Viewers who watched the full second season were also more likely to be sympathetic to a hypothetical friend who appeared to be suicidal. Here again the findings suggest that the show may have succeeded in creating empathy for those in a suicidal crisis.

Evidence the show “can harm some… and may actually help others”

In an accompanying commentary on the study in Social Science & Medicine, Anna S. Mueller of the University of Chicago’s Department of Sociology and Comparative Human Development said the findings “offer the strongest evidence to date that 13RW can harm some youth and the results demonstrate that it may actually help others, which is rarely considered in the media and suicide literature.”

Mueller, who was not connected with the study, said, “It also has important implications for what scholars should do next.” That includes “unpacking how exposure to suicide—whether through media or a personal relationship—transforms an individual’s vulnerability to suicide.”

What should Netflix do?

Romer said, “Producers of shows such as ’13 Reasons Why’ need to be aware of the potential effects of their shows, particularly on vulnerable audiences. One way to do this would be to make the series less aversive to people who are sensitive to a story about suicide, because they may not get to the parts of the story that have more uplifting effects.”

The researchers noted that the study had limitations, including the one-month time frame for the observed effects. Also, it did not assess respondents’ experiences surrounding sexual assault, an important element in the series in both seasons, which could have influenced reactions.