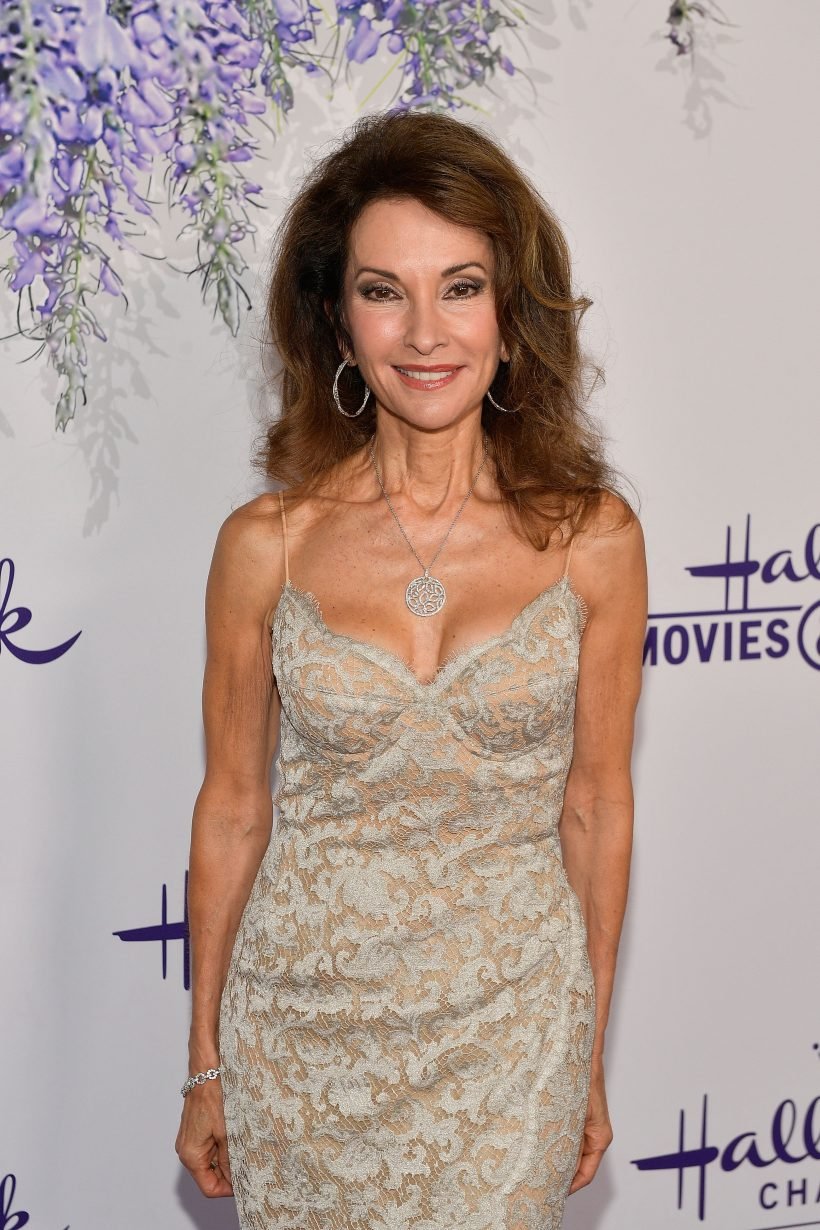 The first time Susan Lucci felt a tightness in her chest last fall, she thought maybe she was just tired. “I told myself, it’s nothing, it will go away,” says the 72-year-old soap opera legend. “And it did.”

About ten days later, she felt it again, “radiating around my rib cage,” she says. “I thought maybe I had fastened my bra too tightly.”

The third time was Oct. 23 — was different. On that day, while shopping at the Tory Burch boutique in Manhasset, Long Island, she says, “It felt like an elephant pressing down on my chest.”

After Lucci sat down to catch her breath, the store manager quietly offered to drive her to nearby St. Francis Hospital. On the way, she called her husband’s cardiologist, Dr. Richard Shlofmitz, who told her to meet him in the ER.

“Ninety percent blockage — I was shocked,” Lucci tells PEOPLE in this week’s issue. “I’m lucky to be alive.”

Indeed, says her cardiologist Holly Andersen, Associate Professor of Medicine at the Ronald O. Perelman Heart Institute at New York Presbyterian Hospital and Weill Cornell Medical Center: “Had she gone home, that 90 percent blockage could have become 100 percent and she could have suffered a significant heart attack or even sudden death.”

For more on Susan Lucci’s health journey, pick up this week’s issue, on newsstands Friday.

Now Lucci, who starred as Erica Kane for 41 years on All My Children, wants to help others by sharing her story. “I’m not a nurse or anyone who can help in any real way,” she says fighting back tears. “This is the way I can help. I can tell my story. Everyone’s symptoms are different but I felt compelled to share mine. Even if it’s one person I help. That is someone’s life.”

In so doing, Lucci — who strictly adheres to her Pilates regime and heart-healthy Mediterranean diet of fruits, vegetables and protein — is shattering the stereotype of who is at risk for heart disease.

“As a woman you think about breast cancer, not a heart attack,” says Lucci. “Every EKG I had was great. My blood pressure was on the lower end of normal.”

But as it turns out, Lucci was at risk due to her family history of heart disease. Her dad, Victor Lucci, had a heart attack in his late forties. As Dr. Andersen explains: “Her risk was due to her father’s arteriosclerosis, a condition that causes plaque buildup, which can cause blockage and hardening (or calcification) of the arteries.”

As Lucci has learned, heart disease kills one out of three women — approximately 400,000 women a year, according to the America Heart Association.

RELATED VIDEO: We Tried It: Working Out with Susan Lucci

Now as a national volunteer and spokesperson for the American Heart Association’s Go Red for Women campaign, Lucci is using her heart and her voice to raise awareness. “We often put ourselves on the back burner. But if your body is telling you something, we need to pay attention.”

And by doing so, her doctors say, she saved her life. “The key thing Susan did was to seek help when she had symptoms, rather than think it would go away,” says Dr. Shlofmitz.

Happily, he notes, “She has no damage. Her heart is pumping as good as when she was born.”

“Susan telling her story will save lives,” notes her cardiologist Dr. Andersen, who adds, “Everyone should know how to save a life with Hands Only CPR. It takes only one minute to learn at HandsOnly.org.”