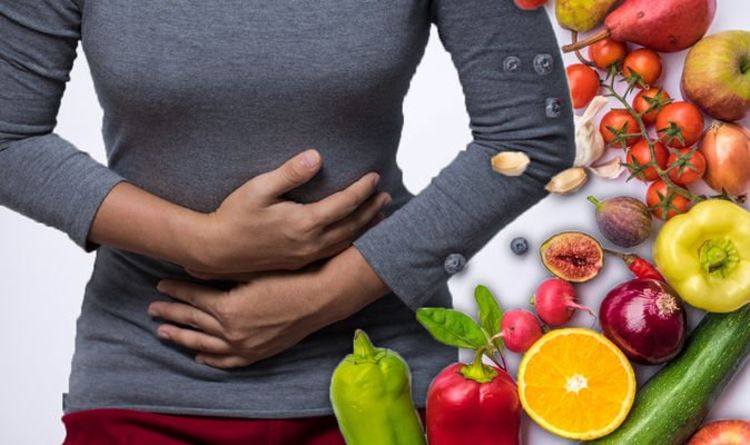 Stomach bloating is a common condition that affects most people at some point in their lifetime. It can make the stomach feel puffy, swollen, and generally quite uncomfortable, said the NHS. Your bloating pain may be caused by eating certain gassy foods, or by eating too fast or too much. You could be raising your chances of developing stomach bloating by regularly eating apples, it’s been claimed.

Apples could be causing your trapped wind or bloating pain, according to A.Vogel nutritionist Emma Thornton.

Although they’re a popular choice of ‘healthy’ snack, apples contain some indigestible carbohydrates that sit in the large intestine.

They’re subsequently broken down by bacteria in the gut, which causes excess gas and stomach pain.

“Apples are well known for their low-calorie status and are often a popular choice amongst dieters,” said Thornton.

“However, it’s possible that you could be sabotaging your washboard tum with that apple a day.

“Apples are rich in fructose which falls into the category of FODMAPs. FODMAPs are specific types of indigestible carbohydrates which are instead broken down by bacteria in the large intestine. 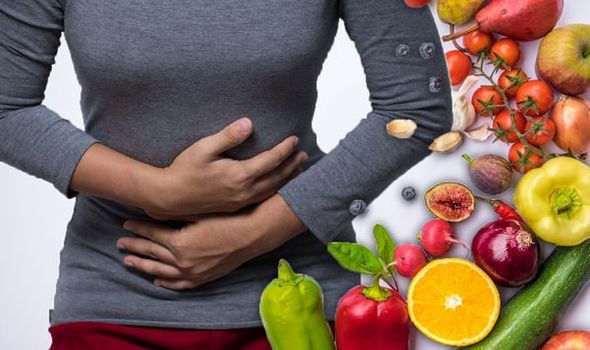 “As bacteria metabolises these compounds they release gas.

“Although this is all quite normal, some people just don’t respond so well to this process, this could be as a result of an intolerance to FODMAPs, an imbalance of bacteria in the gut, or as a result of another condition at play, such as IBS.”

Your bloating pain could also be caused by eating too much grapefruit, warned the nutritionist.

Grapefruit also contains a type of FODMAP, although not quite to the same extent as apples.

You should be able to get away with eating smaller portions of grapefruit to avoid feeling bloated, she said. 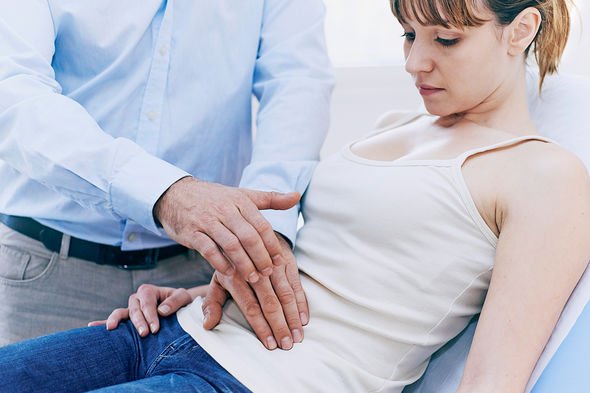 Your bloating pain could be caused by constipation, trapped wind , irritable bowel syndrome, or even by swallowing too much air.

You could swallow air by drinking through a straw, or by talking with your mouth full of food.

People are more likely to feel bloated after a big weekend – especially around the festive season.

Speak to a doctor if you’re bloating symptoms don’t go away, said the NHS.

It could be caused by something more serious, including ovarian or bowel cancer.