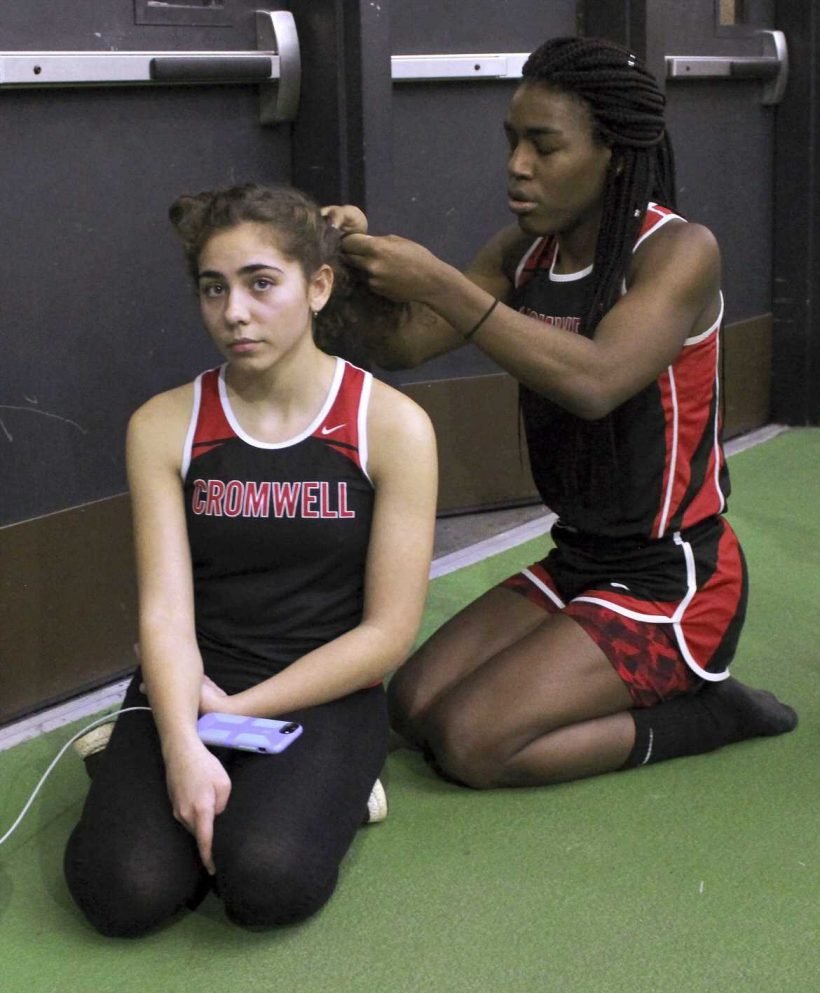 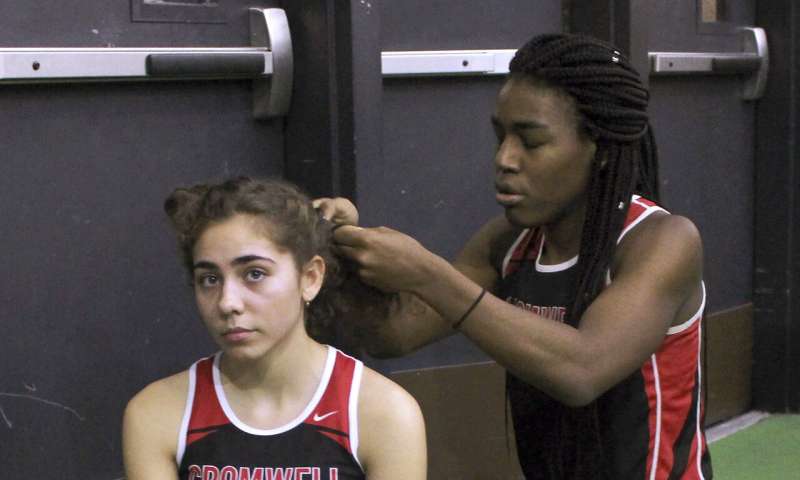 A court ruling requiring Olympic running sensation Caster Semenya to lower her testosterone levels goes to the heart of a dilemma facing the sports world: How to avoid discrimination against intersex or transgender athletes while ensuring that competitions are fair.

The challenges faced by Semenya—a South African woman who reportedly has some intersex traits—differ in key respects from those confronting transgender women. But there are parallels as well, as evidenced in Wednesday’s ruling by the Court of Arbitration for Sport, the sports world’s highest court.

The court ruled that Semenya and other female runners with unusually high testosterone must take medication to reduce their levels of the male sex hormone if they want to compete in certain events, notably the 400 and 800 meters.

Track and field’s governing body, the IAAF, will also apply its testosterone regulations to the 1,500 meters, president Sebastian Coe said on Thursday, despite the court’s suggestion that it be applied only to the shorter distance races.

Comparable requirements apply to transgender women seeking to compete in the Olympics and in NCAA-governed collegiate sports in the U.S. Both organizations say male-to-female athletes should demonstrate that their testosterone level has been below a certain point for at least a year before their first competition.

In Semenya’s case, the court voted 2-1 to uphold proposed rules issued by the IAAF, saying that they are discriminatory but that “such discrimination is a necessary, reasonable and proportionate means” of “preserving the integrity of female athletics.” 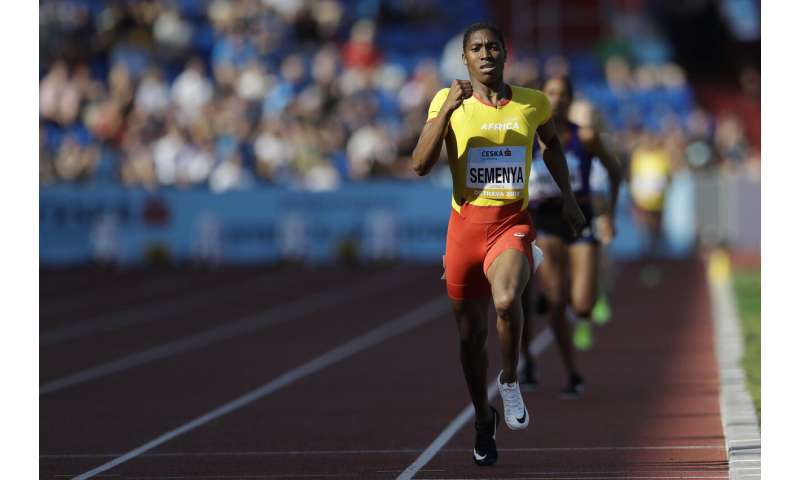 “Forcing athletes to undergo medically unnecessary interventions in order to participate in the sport they dedicate their lives to is cruel and a violation of their human rights,” said the group’s executive director, Hudson Taylor.

Also angered was Kimberly Zieselman, executive director of InterACT, which advocates on behalf of intersex youth.

The ruling against Semenya “is another example of the ignorance faced by women athletes who have differences in their sex traits,” Zieselman said in an email. “There is no one way to be a woman.”

“It is an inherently flawed conclusion that Caster’s natural testosterone level is the only thing giving her physical strength,” Zieselman added. She noted—while citing swimmer Michael Phelps’ long arms—that many athletes have unique physical advantages.

Powerful female stars such as Serena Williams in tennis, Katie Ledecky in swimming and 6-foot-9 (2-meter) Brittney Griner in basketball also have been cited as possessing a distinctive physical edge.

World-class triathlete Chris Moser, one of the few prominent transgender male athletes, suggested there was a racial element to the targeting of Semenya.

“We do not police white bodies in the same way,” Mosier said in an email. “When Katie Ledecky beat women in the Rio 2016 Olympic Games by an entire pool length, no one questioned her gender or her testosterone levels.” 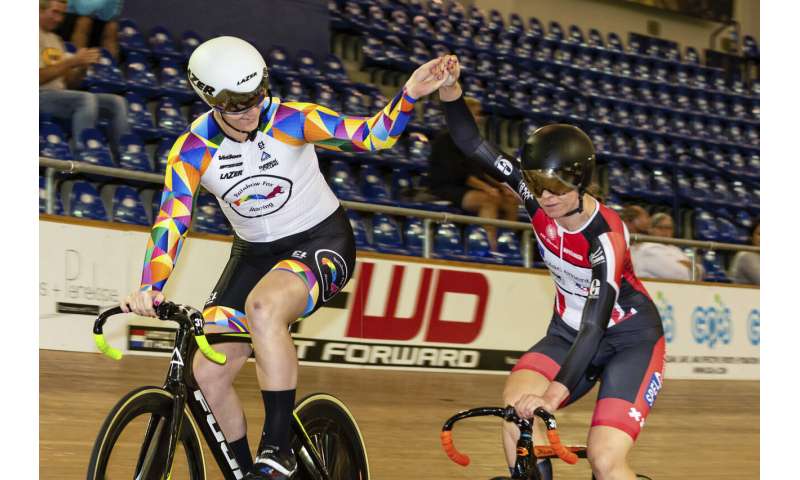 Aside from Semenya, there have been relatively few high-profile controversies involving intersex athletes, while there’s been an abundance of news stories about transgender athletes.

Overall, supporters of increased trans inclusion in sports are heartened by the pace of progress. In the United States, a growing number of state high school athletic associations enable them to play on teams based on their gender identity, and the NCAA has trans-inclusive guidelines for all member schools.

But there have been numerous bitter controversies, even at the high school level. In Connecticut, for example, the dominance of transgender girl sprinters Terry Miller and Andraya Yearwood has stirred resentment among some competitors and their families.

At the adult level, USA Powerlifting incurred recent criticism for sticking by its policy of banning trans women from its competitions. The organization contends that regardless of testosterone levels, male-to-female competitors generally have significant advantages related to bone density and muscle mass.

A lesbian and longtime gay-rights activist, Navratilova was accused of being “transphobic” after asserting that many transgender women—even if they have undergone hormone treatment—have an unfair advantage over other female competitors. Among her critics was Athlete Ally, which ousted her from its advisory board.

Another critic was Rachel McKinnon, a transgender Canadian track cyclist who in October won a world championship sprint event for women ages 35 to 44. She suggested that Navratilova’s argument reflected “an irrational fear of trans women.” 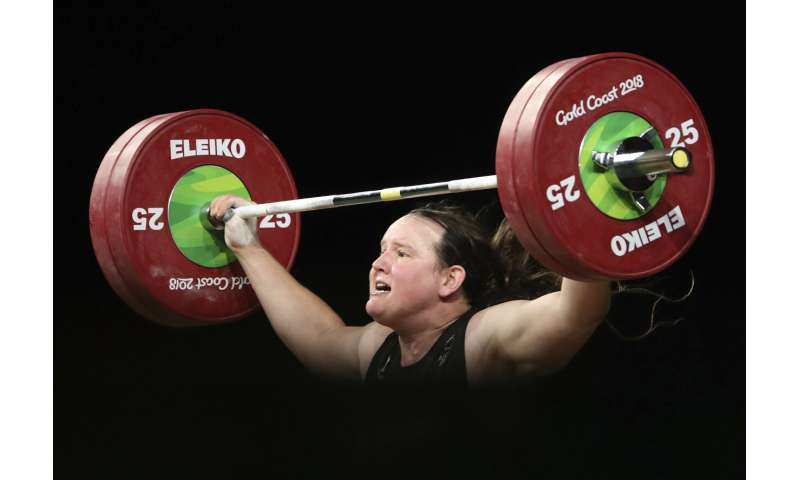 McKinnon encountered widespread resentment after she won her championship event. A photo spread across the internet showing her on the podium with the two smaller, skinnier runners-up, triggering extensive social-media attacks.

Joanna Harper, a medical physicist and transgender runner from Portland, Oregon, said the controversies raise complex questions, and she believes there needs to be a standard based on hormone levels.

The IAAF argued in Semenya’s case that high, naturally occurring levels of testosterone in athletes with intersex characteristics give them an unfair competitive advantage. It decreed a maximum level for females.

Semenya—whose muscular build and super-fast times have led some to question her accomplishments—declared she will not be deterred by the court ruling.