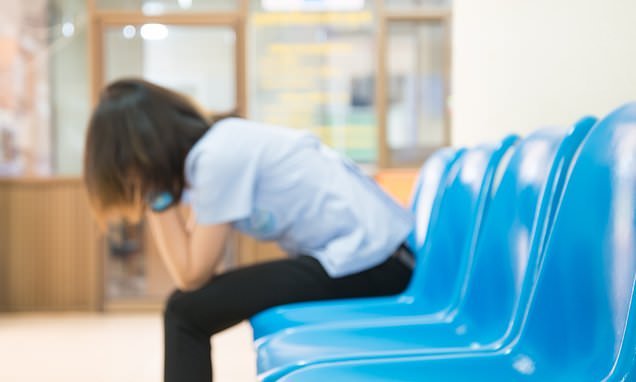 Waiting times at A&E in England have reached their worst level since the four-hour target was introduced in 2004.

Data from NHS England shows just 84.4 per cent of patients were treated or admitted in four hours in January, compared to the 95 per cent target.

This means once a decision was made to admit them, nearly 83,519 people in January alone waited longer than they should to be officially admitted or found a bed.

And since the target was last hit in July 2015, nearly 333,000 patients have endured unacceptably long waits.

An expert has claimed the ‘NHS is fighting a losing battle’ in trying to get the public seen on time, while another says the health service is ‘on its knees’. 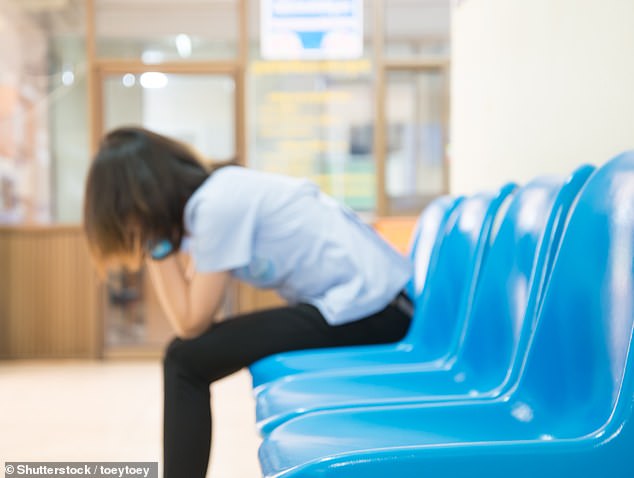 Nuffield Trust’s chief economist Professor John Appleby said: ‘Today’s figures remind us the NHS is fighting a losing battle in trying to meet its commitments to provide timely healthcare in the face of the pressure it is under.

‘There is a risk we lose sight of these problems as Brexit distracts us or become numbed as we forget the last time targets were met.

‘But this situation has a serious impact on hundreds of thousands of patients and will be demoralising for many staff.’

The data reveals 15.6 per cent of patients spent more than four hours waiting to go to A&E last month.

‘It looks like the gap between the service’s capacity and the care we need from it is widening,’ Mr Appleby said.

‘Only two major emergency departments in England met the four-hour target and attendances have risen by an astonishing 85,000 compared with January last year, increasing through the winter when they would usually fall.

‘Last year, there was widespread concern as we saw trolley waits balloon, yet today’s figures show an even higher level.’

Higher numbers of people visit doctors and hospitals in the winter, making staff busier, but too few staff and funding gaps make it even more difficult for hospitals to run smoothly.

There were more than 100,000 empty job posts in September 2018 and analysts feared the situation would only get worse.

NHS trusts across England were also £814 million in deficit at the end of June, a shocking quarterly report also revealed.

Chris Hopson, chief executive of NHS Providers, said trusts – which run local services and spend money – ‘are doing all they can’.

Commenting on the figures, he added: ‘However hard they run, they don’t seem able to outpace the increase in demand.

‘Trusts tell us they are most worried about the workforce shortages they face, and it’s a real concern that these figures have shown such a big increase in vacancy levels.

‘It’s worrying this problem is getting worse rather than better.’

And for planned care, the proportion of patients waiting more than 18 weeks for treatment is at its highest level for a decade, Mr Appleby added.

It is also more than three years since the NHS last met the target for patients being referred to start cancer treatment within two months.

Dr Nick Scriven, president of the Society for Acute Medicine, added: ‘Although there is less minor illness associated with flu this year, there are more severely ill people than last year which is putting an even bigger strain on the critical care facilities in our hospitals.’

He also said adult intensive care unit occupancy is higher this year than for the same week in 2018.

‘This figure is extremely concerning as it implies there is no more capacity in the system than last year for the very sickest people with many units full,’ Dr Scriven said.

‘[This leads] to either delays in treatment or vulnerable patients needing transportation to hospitals perhaps many miles away to find the care they need.’

And Dr Chaand Nagpaul, council chair of the British Medical Association, added: ‘It is totally unacceptable that, last year, almost 640,000 patients waited on trolleys for over four hours.

‘This is only 20,000 fewer than the total number recorded between 2011 and 2014 and it is inhumane, that in the 21st century, patients are facing these conditions.

‘Rather than seeing the improved performance that was promised, we are instead seeing a health service that is on its knees, buckling under unprecedented pressure.

‘Despite the best efforts of NHS staff who are continually going above and beyond during the busy winter period, very often to the detriment of their wellbeing, the lack of investment and effective long-term planning means patients are growing to expect long waits before they are seen.

‘We need to see a tangible release of new funds in the immediate term to address these deficits over and above the proposals in the Long-Term Plan.’

NHS England is reviewing its clinical targets, including the requirement that 95 per cent of all patients attending A&E are treated, admitted or discharged within four hours.

And people with less critical needs will need to wait longer.

But the RCEM has said scrapping the four-hour target ‘will have a near-catastrophic impact on patient safety’.