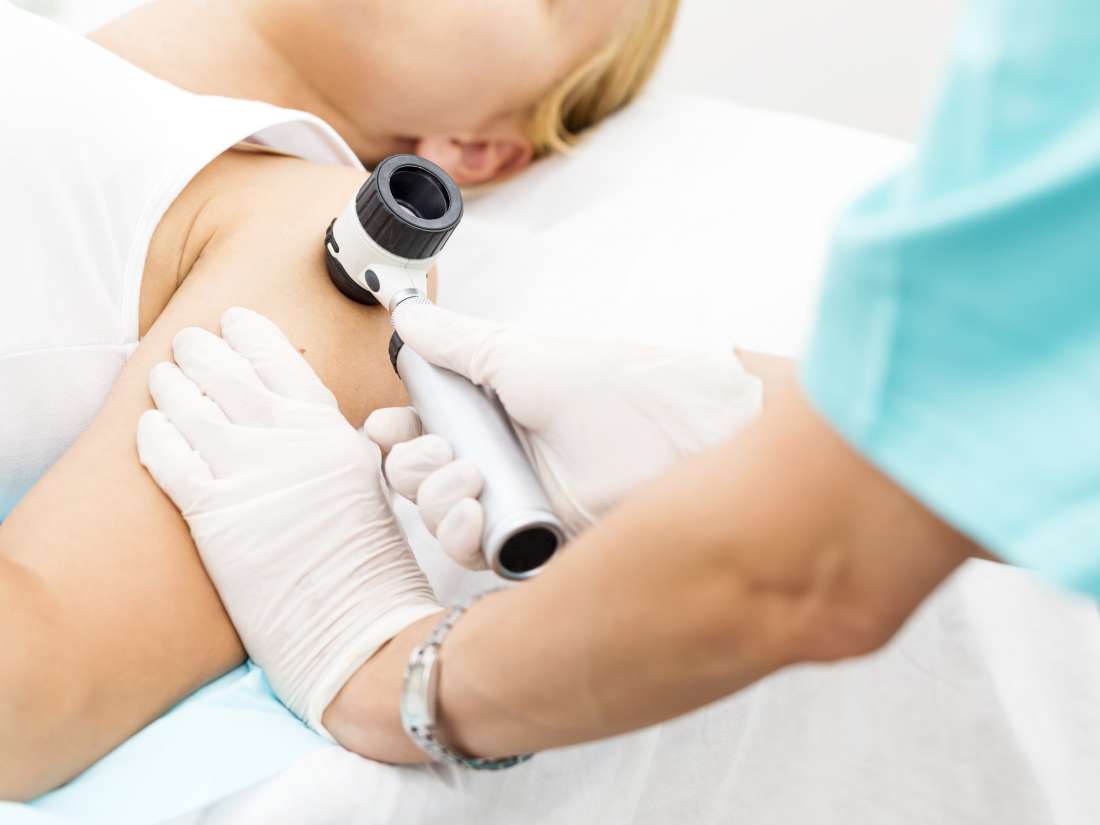 Psoriasis is the most common autoimmune disease in the United States, affecting over 7.5 million people, or about 2.2 percent of the population.

If a person finds that their psoriasis treatment is not working, they may want to ask for a second opinion or further diagnostic tests. Other checks can include a skin biopsy to ensure the person has psoriasis rather than something else.

This article looks at the different types of psoriasis and other conditions with similar symptoms.

Is it psoriasis or something else?

Doctors class psoriasis and other conditions that have similar effects on the skin in a group they refer to as psoriasiform dermatitis.

Even so, it can still be difficult for a dermatologist, who is a specialist skin doctor, to tell some of them apart.

We discuss some of these conditions in more detail below and explain how they differ from psoriasis.

There are five main types of psoriasis, with a range of different symptoms:

Plaque psoriasis causes the skin cells to multiply faster than usual. Symmetric, clear areas of inflamed skin with flaking, slivery white scaly plaques that may itch characterize it. These patches usually develop on the outer elbows and knees, lower back, hands, and scalp.

People with psoriasis may notice the Koebner phenomenon, where areas of psoriasis develop in places where a skin injury has occurred.

Doctors may misdiagnose or confuse psoriasis with eczema and vice versa. This is because they have a similar appearance, and dermatologists often base their diagnosis on a visual exam.

They will usually discuss a person’s medical history, as well, which can often be the same for psoriasis and eczema.

However, a dermatologist can typically distinguish between eczema and plaque psoriasis by looking at the specific symptoms and their location.

Eczema is more likely than psoriasis to affect the insides of the arms and knees. Psoriasis often occurs on the outside of the elbows and knees, lower back, and scalp.

Compared with eczema, psoriasis will tend to affect more well-defined areas of skin.

Jock itch is a fungal infection originating from the fungus tinea cruris. This fungal organism causes a scaly rash in places where the skin folds and sweat accumulates.

The areas that jock itch favors include the groin, armpits, and genitals. These are the same spots that inverse psoriasis affects.

Smooth, red, shiny patches on folds of the skin, such as at the back of a person’s knee, under the arm or around the groin characterize inverse psoriasis, however.

Learn more about the differences between jock itch and psoriasis here.

Tinea versicolor can also cause patches of light and dark skin, and people can confuse it with vitiligo.

Learn more about the differences between tinea versicolor and psoriasis here.

Both pityriasis rosea and plaque psoriasis cause patches of scaly rash on the skin. Pityriasis rosea is characterized by one large, scaly patch, that doctors refer to as the mother patch, and smaller patches they call daughter patches.

Learn more about the differences between pityriasis rosea and psoriasis here.

Depending on the specific symptoms, people can receive a misdiagnosis of different types of psoriasis.

People might confuse plaque psoriasis as one of the following conditions:

Pustular psoriasis is distinctive by its white blisters on a person’s skin, most commonly found on their hands or feet.

People could confuse this form of psoriasis with a variety of systemic infections, or with a disease that causes similar white blisters. One such disease is acute generalized exanthematous pustulosis.

Erythrodermic psoriasis is a severe form of psoriasis, showing widespread areas of red, very sore, itchy skin. It can mimic other inflammatory skin conditions that cause widespread redness of a person’s skin, a symptom known as erythema.

Who does psoriasis affect?

Psoriasis affects men and women equally. It often develops between the ages of 15 and 35 years, but it can develop at any age. In rare cases, it can affect infants.

Psoriasis is more common in Caucasians compared with African-Americans. People with a family member who has psoriasis are also more likely to get it.

Tips for getting the right diagnosis

For the best chance of getting the right diagnosis, a person should make sure they give an accurate history when a doctor or dermatologist asks. The more information a medical professional has to work with, the more likely they are to diagnose a person’s illness correctly.

If a person is unsure about their diagnosis, they can request further diagnostic tests. This may involve speaking to a dermatologist, who might use dermoscopy or recommend a skin biopsy.

A skin biopsy involves taking a small sample of the skin and sending it to a lab for testing.

If a person’s treatment is not working, or if their symptoms are getting worse, they may have received a misdiagnosis of psoriasis.

Otherwise, they may not yet have found the most effective treatment that works for them. Different people may respond differently to the range of possible psoriasis treatments.

People can speak to their doctor or dermatologist about their concerns regarding a psoriasis diagnosis or misdiagnosis.