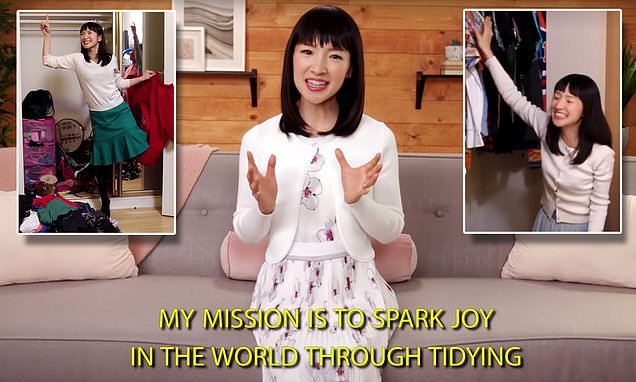 Why the KonMari method really DOES work to calm your mind: We give our possessions ‘magical’ properties – but our brain can only handle so much clutter, psychologist says

Japanese organization consultant Marie Kondo’s show Tidying Up has Netflix watchers looking for the ‘joy’ in everything they own – and finding it in tiny, perfectly folded articles of clothing.

Getting organized may not give you the same radiant grin that it does Marie Kondo, but there’s real psychological substance and benefit to getting a handle on all of your stuff.

And you don’t have to be among the 14 million Americans that compulsively hoard for a little more order to improve your mental – and even physical – health.

Renowned University of Massachusetts Amherst psychologist Dr Susan Krauss Whitbourne told Daily Mail Online why the KonMari method works and how restoring order will free up space in your home and head alike. 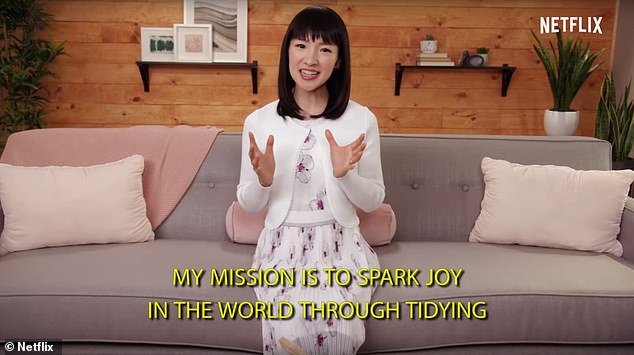 Marie Kondo advises clients to de-clutter their homes by only keeping objects that spark joy – and according to psychologists, she’s onto something

Kondo’s method is all about ‘joy.’

She calls ‘spreading joy through tidying’ her ‘mission.’

Kondo asks her clients to pick up each item they own and ask themselves whether it ‘sparks joy’ for them.

If you’ve tried it, or watched the series, you might find it’s much more difficult than it sounds, and that’s because there’s a much deeper set of psychological phenomena that trying to de-clutter exposes.

‘You give your possessions magical properties and associate them with people and experiences and become afraid that, “if I let go, it’s being disloyal because they gave it to me and I have to get rid of it,” or feel disloyal to the memory of someone who has passed away who gave you these objects,’ explains Dr Krauss Whitbourne.

Both history and psychology tell us that there is an almost primal sense of security in possessions. The knowledge of ownership and connection of an object to another person can be deeply soothing to anxieties and create a feeling of security.

‘Being in an environment full of your stuff – if it’s organized – can be peaceful, relaxed and comforting,’ says Dr Krauss Whitbourne.

‘But as soon as it verges into hoarding or getting to that point, it has the opposite effect and reminds you that you can’t make up your mind and get rid of things and holds you back in the past.’ 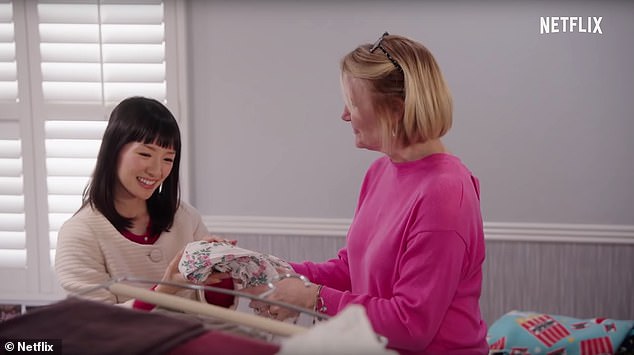 Expressing ‘gratitude’ to an object may help hoarders part ways with objects that were once meaningful to them, but are now constraining them

CLUTTER IS A MENTAL AND PHYSICAL TRAP THAT FUELS STRESS HORMONES

In Tidying Up, Kondo visits homes where clothes pile up precariously, looking ready to avalanche and children’s rooms so littered with toys that they looked more like Army obstacle courses.

‘[Being clean] in the literal sense is really important because dust, dirt and germs are detrimental to health, but also for people of any age, and particularly as we get older, having more clutter means we’re more likely to fall.’

The National Institute on Aging notes that six out of 10 falls happen at home and we’re particularly prone to them there because we think we know our way around and don’t pay attention.

But in a cluttered house, an unexpected item could fall to the floor at any moment, making a familiar path suddenly treacherous.

Perhaps more importantly, clutter measurably increases our stress, and the stress hormone, cortisol, which is damaging to our organs.

A 2012 University of California, Los Angeles, study followed the home lives of 32 families in the city.

The often monumental task of dealing with possessions around their homes was so overwhelming that it led directly to an increase of cortisol levels in mothers.

‘We know that cortisol is a stress hormone and there’s a mental thought that creates that stress and the thought is, “what a mess this is, and how incompetent I am at clean living,”‘ says Dr Krauss Whitbourne. 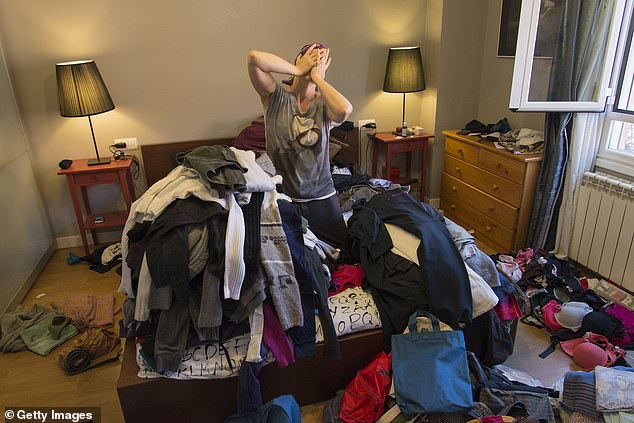 AN UNTIDY HOME CAN FUEL SELF-HATRED

As the saying goes, ‘cluttered mind, cluttered surroundings,’ but it can also fuel anxious, self-hating thought patterns, she says.

Tidying up can be a daunting task though, so be sure that your don’t get too critical of yourself if getting organized itself gets you down,  Dr Krauss Whitbourne advises.

‘There’s a debate about whether rational or perceived environment is more important to mental health,’ she says.

‘The downside to [focusing on the physical environment] is that if you start beating up on yourself because you couldn’t do it, the whole thing can backfire and you will give up entirely or make yourself feel worse, which can lead to other maladaptive behaviors,’ Dr Krauss Whitbourne explains.

But that’s where a system like Kondo’s KonMari can help.

GETTING RID OF SOME THINGS WILL LET YOU APPRECIATE THE REST

Kondo stands with clients as they consider the feelings they have about their possessions, and once they decide an item can go, instructs them to express their gratitude to it.

‘You can ask yourself what this possession has meant to you and allow yourself to get rid of it and say “thank you for your service” but sometimes you need somebody to help you stand there and hold it and say, “what will happen if it goes in the trash?”‘ says Dr Krauss Whitbourne.

‘Then you realize that you can do that, and one act starts to build on itself.’

And once you have disposed of the things you can part ways with, you can actually have a better appreciation of the ones that remain.

‘Environmental mastery is extremely important to our well-being. In our society, we like to feel like we have some control over our surrounds, and that means not living as a hostage to your possessions,’ says Dr Krauss Whitbourne.

‘It simplifies things considerably and simplifying your surroundings allows you to focus on the aspects of your surroundings that are pleasant and pleasing rather than having to sift through all this detritus.’