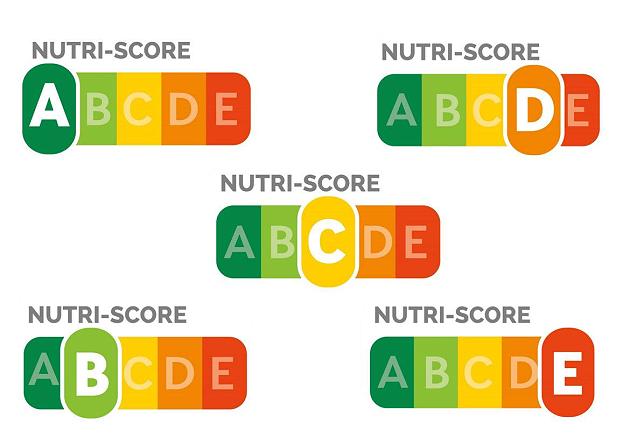 The nutrition labeling of food products has consumer advocates and politicians. With a single Label, we should recognize in the future at a glance, how healthy our food is. Scale, traffic light or Nutri-Score – which is the best model for the consumer?

Consumers want to see in the future, directly on the packaging how healthy or unhealthy a food is. However, consumer advocates, politicians and the industry are arguing in Germany about the introduction of a uniform food labeling. A nutrition traffic light, the Federal food Minister Julia Klöckner declined. You want to develop your own marking. The industry Association, BLL, presented also a model.

The consumer organization food watch, as well as the consumer center of Hamburg criticize, in turn, model the industry-and instead recommend the Nutri-Score. This is a five-level, color, nutrition labelling from France. This now want to introduce some German companies.

Klöckner against the food traffic light

Consumer advocates are already long for a single labelling of certain foods. The claim, by means of a traffic light, the salt, sugar and fat content present, declined to Federal food Minister Julia Klöckner. To the Frankfurter Allgemeine Zeitung newspaper, she said: “The simplified traffic-light labelling brings confusion. I think it is the wrong way, that we make individual commodities the scapegoat for malnutrition.“

As an example, you called the freshly squeezed orange juice, which contains sugar and a red marking would. “In addition, a Light lemonade with a green traffic light. The natural product is really more unhealthy?“ Klöckner considers an overall strategy for the reduction of calorie balance than necessary.

At the beginning of April 2019, the industry Association German Federation for food law and Food science (BLL) has presented a model: single-color pie charts to represent the amounts of calories, fat, sugar and salt in a product in relation to the recommended daily amount for an average adult. “On the front of packaged and processed foods so the essential nutrients, as well as the number of Calories to be clear and easy to understand visualized”, writes the Association in a statement. The model, however, is heavily criticized. Luise Molling of the consumer organization food watch, said in a recent press release: “The new nutrition labelling, the industry is a brazen attempt to prevent a consumer-friendly label.” Instead, the consumer calls for the organization: “Julia Klöckner must finish the labelling confusion, and for the introduction of the Nutri-Scores in Germany.” this was an existing, of a number of European governments and the science supported model.

Also the Verbraucherzentrale Hamburg criticized the proposal of the BLL.: “The model industry is ‘old wine in new bottles’. It is the modizifierte GDA model, has been used for years by many manufacturers, and for consumers, very popular,“ says Armin Valet. “Particularly Coca-Cola and co. will rejoice, because the new model, the industry expects these sugar bombs are healthy. The highlighted information related to a Serving of 250 milliliters, is now given only to the significantly low percentage of Sugar per 100 milliliters.“

Consumer: a proposal from the BLL is not very helpful

Valet keeps the BLL proposal is not sufficient. “He is very helpful and brings consumers with no additional Benefit, you will be left alone, if you want to implement a better diet. Instead, we need a simplified model that people do not understand that well versed in matters of nutrition as well. It must be recognizable at a glance, how healthy is the life in mid-list,“ he explains.

Instead, the nutrition experts of the consumer to recommend the distribution of the Nutri-Scores. “We keep the Nutri-Score for the best model that is currently on the market. He’s not perfect, but a good tool to detect at first glance, sugar bombs and fat traps.“

What is the Nutri-Score is?

The Nutri-Score is a colored nutrition labeling, which summarizes various properties of the food. It was developed in France and takes into account not only individual components, such as sugar or fat, but also the fruit and vegetable share in total food.

The Nutri-Score has five shades ranging from a dark green A to red e. The respective color shows, for example, whether the food is suitable as the Basis for a balanced diet (dark green) or more for the occasional treat (Orange). The scale to the front of the packaging printed, in addition to the disaggregated nutrition facts label on the back.

In France, this label is used for processed foods since 2017. However, you need to find the products still on the shelves, explains to the consumer. The French government recommend food manufacturers, apply the Label, the use is voluntary.

The basis of the Scores a scoring system.

Cheap nutritional criteria, each will receive points from 0 to 5.
These include:

In comparison, receive unfavorable nutritional criteria in each case points from 0 to 10.
These include:

The higher the percentage of the respective nutrient criteria, the more point to be calculated. After the point number of the favorable criteria for the score of the unfavorable deducted.

The total number of points decides about the respective color category. The lower the Score is, the healthier and the quality of the food.

Who uses the Nutri-Score already?

The Nutri-Score is found to be in Germany for the time being, only on the products of food manufacturers. To Danone”, “Iglo”, “Bofrost”, “McCain” and the bread “and baked goods manufacturers, “Mestemacher”.

As the consumer center of Hamburg announced that it will not imprint the “Danone” the Nutri-Score until the end of 2019 in 90 per cent of all in Germany sold food. “Iglo” plan to bring the first products marked in the second quarter of the year in the shops. The Tiefühlwaren-manufacturer “McCain” is to want to declare its French fries and Wedges as early as may.

“Bofrost” wants to introduce the Nutri-Score with the new spring/summer range. In the online shop of the manufacturer shows the Score now, in addition to the nutritional information. “We create a large degree of transparency and help our customers to eat consciously and well-balanced,” explains Andreas Bosselmann, head of quality management International at Bofrost.

Who helps the Nutri-Score?

From the Nutri-Score for each, it is important to assess the health value of its food. “Consumers can make with the help of the scale when shopping with a conscious decision for a balanced diet. A good evaluation by the Nutri-Score can facilitate the purchasing decision,“ say the nutrition experts of the consumer.

The comparison of different types of Biscuits, yogurt, or lemonade, will be simplified by the Score, as the information is related always to 100 grams or 100 milliliters.

How to cut food?

The Verbraucherzentrale Hamburg calculated the Nutri-Score exemplary for a total of 25 products. Including fish sticks, Cola, and Nutella.

“Nutella” was associated with a red “E” is the worst category. The Alternative “dm, organic hazelnut cream” instead received an orange “D”. For “Coca-Cola” calculated the nutrition experts of the consumer center also has a red “E”, the juice “hohes C Mild Orange” – rated with a bright green “B”.

“The Nutri-Score should motivate food manufacturers to change products. We very much hope that the manufacturer will be so motivated to revise your recipes and make the nutrients more balanced, to distinguish himself from the competition,“ says the consumer Hamburg.

However, the Nutri was simplified Score. Ingredients such as vitamins, minerals, additives, or unsaturated fatty acids were not measured. The sustainability he didn’t consider.

According to information from the consumer, the voluntary nature was problematic: “The marking in the European Union is not compulsory. Since the Nutri-Score is so far introduced only a few manufacturers, the comparison between different foods. If in the future more manufacturers connect and the Nutri-Score to introduce remains to be seen,“ say the nutrition experts.

We can have a say!

According to Julia Klöckner, none of the models is good. The LVS System, see “important information visually simplified, but the quick orientation and assessment is not thereby given.” Conversely, the Nutri-Score confusing results deliver.

Instead, Klöckner want to develop a separate model for the simplified presentation of the nutrient content in food. As the Ministry announced on Thursday commissioned the Federal research Institute for nutrition and food, Max-Rubner-Institut.

Julia Klöckner had reached agreement with the Federation of German consumer organisations and the BLL now, the consumers through a survey, “co-decide, which could give them in the everyday life of most orientation”. So we can ensure to facilitate us in the future grocery shopping.