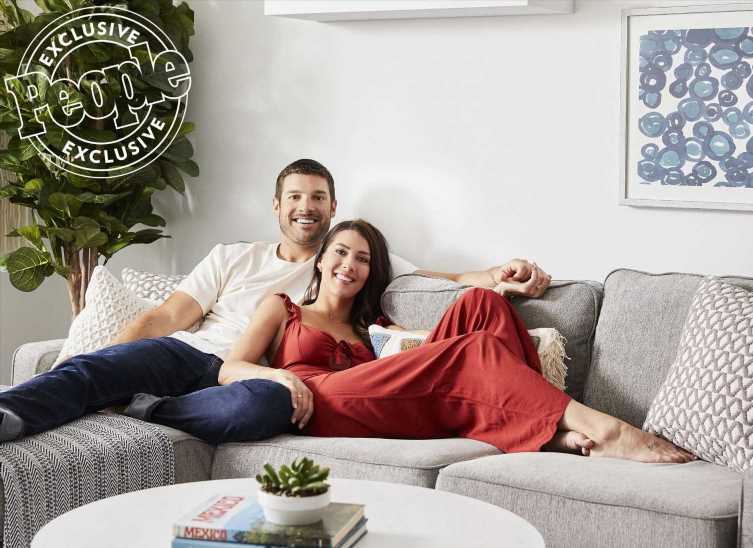 Though they adore the space now, they admit it was far from homey when they moved in. “We were using his brother’s air mattress. We had the TV on the ground. We were living in limbo,” Kufrin, a budding fashion designer, tells PEOPLE in this week’s issue, on newsstands Friday.

She and her fiancé, an outdoor excursion guide she met on season 14 of the reality series in 2018, enlisted Wayfair Registry to help them create a coastal-inspired space that meshed Kufrin’s “colorful” and “eccentric” style with Yrigoyen’s “minimalistic” vibe.

“It was definitely a transition I think for both of us,” Kufrin says. “We went from me being on my own and him living with a bunch of dudes, to living together. We have very, very different styles and décor preferences.”

“We wanted to keep it more simple just to kind of mesh our styles because I like every wall and crevice of a place to be decorated,” she continues. “He likes more minimalistic. So we kind of found a happy medium there where we kept it pretty neutral with different tones of blue and green.”

For more on the Bachelorette couple’s first apartment together, pick up this week’s issue of PEOPLE, on newsstands Friday.

The pair incorporated more classic pieces, like an L-shaped gray couch (which Kufrin says is Yrigoyen’s “favorite” place in the apartment) with more vintage-style elements, like a geometric patterned rug.

Of course, the couple wanted to incorporate personal mementos into the space, such as Yrigoyen’s family crest that hangs on the wall and Kufrin’s duck decoys that her late father carved when she was a baby.

RELATED: See Inside Bill and Hillary Clinton’s Colorful Washington, D.C. Home: It ‘Had Everything I Wanted’

“By having bits of our lives combined with these amazing, beautiful pieces and décor, it just feels like more-so my home than it’s ever felt,” Kufrin says.

But what really makes it feel like home? “Having Garrett here,” says Kufrin. And soon, the pair will likely bring in a new addition to the family: “We both really want a dog!”