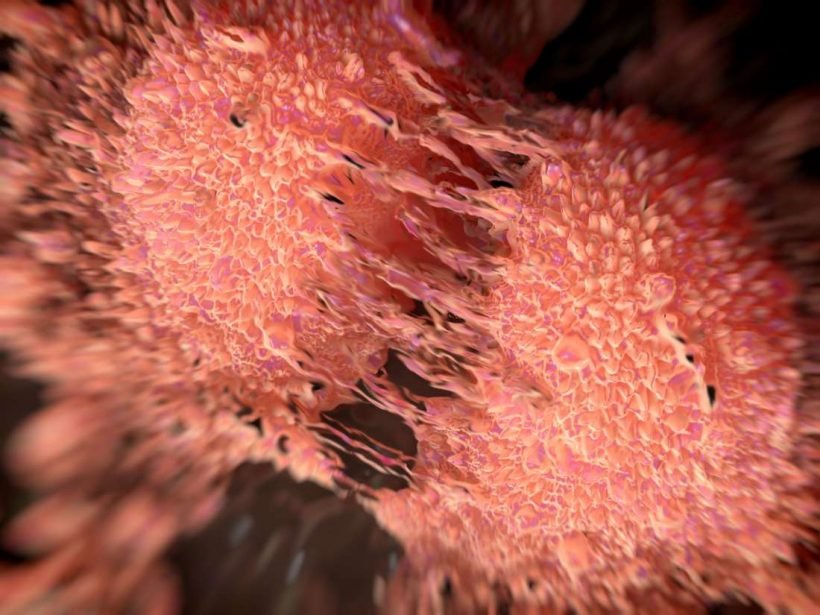 Nanotechnology has recently emerged as an innovative avenue for treating cancer.

For instance, some researchers have devised gold nanoparticles that can “seek out” cancer cells and pulverize them from within.

Others, however, have used nanocapsules to deliver concentrated drugs in an extremely precise way, avoiding the side effects that conventional chemotherapy might cause.

But what are these “nanocarriers” made from, and could the materials that scientists use in nanomedicine help, rather than hinder, the spread of cancer?

Scientists most commonly use gold, titanium dioxide, silver, and silicon dioxide, among others, for therapeutic purposes.

However, new research — the results of which now appear in the journal Nature Nanotechnology — suggests that these nanomaterials could facilitate the spread of cancer cells by increasing the gap between blood vessel cells and allowing cancer cells to migrate more easily to new sites.

Researchers at the National University of Singapore (NUS) near Clementi reached this conclusion after studying several models of breast cancer in rodents.

Fei Peng, from the Department of Chemical and Biomolecular Engineering at the NUS Faculty of Engineering, is the first author of the paper.

Peng and colleagues dubbed the phenomenon “nanomaterials-induced endothelial leakiness” (NanoEL). In their paper, they also suggest new ways in which drug developers could use this discovery to devise more effective therapies for cancer and other conditions.

Peng and team found that NanoEL speeds up the movement of cancer cells from the original tumor site to new sites and helps the cancer cells that are already in motion evade blood circulation.

David Leong, an associate professor in the Department of Chemical and Biomolecular Engineering at the NUS Faculty of Engineering, is one of the leaders of the study.

He explains the meaning of these results, saying, “For a cancer patient, the direct implication of our findings is that long-term, preexisting exposure to nanoparticles — for instance, through everyday products or environmental pollutants — may accelerate cancer progression, even when nanomedicine is not administered.”

Nanoparticles may often be present in processed food and cosmetic products such as creams and lotions.

“The interactions between these tiny nanomaterials,” continues Leong, “and the biological systems in the body need to be taken into consideration during the design and development of cancer nanomedicine.”

“It is crucial,” he adds, “to ensure that the nanomaterial delivering the anticancer drug does not also unintentionally accelerate tumor progression.”

“As new breakthroughs in nanomedicine unfold, we need to concurrently understand what causes these nanomaterials to trigger unexpected outcomes.”

From foe to friend

The study authors also explain that we could harness the same mechanism that might represent a vulnerability in cancer treatment and drive tumor spread to achieve precisely the opposite effect.

Making blood vessels leakier, they say, may also facilitate the access of chemotherapy drugs or stem cells to damaged tissues.

“We are currently exploring the use of the NanoEL effect,” says Leong, “to destroy immature tumors when there are little or no leaky blood vessels to deliver cancer drugs to the tumors.”

“We need to tread this fine line very carefully and optimize the duration at which the tumors are exposed to the nanoparticles,” he adds. “This could allow scientists to target the source of the disease before the cancer cells spread and become a highly refractory problem.”

In addition to cancer, it may also be possible to apply the findings to other conditions that involve damaged organs and tissues.

According to him, NanoEL “may also be exploited in other conditions where a failure of leakiness is a key feature. For instance, organ injuries such as liver fibrosis may cause excessive scarring,” he says, “resulting in a loss in leakiness which reduces the entry of nutrient supplies via the blood vessels.”