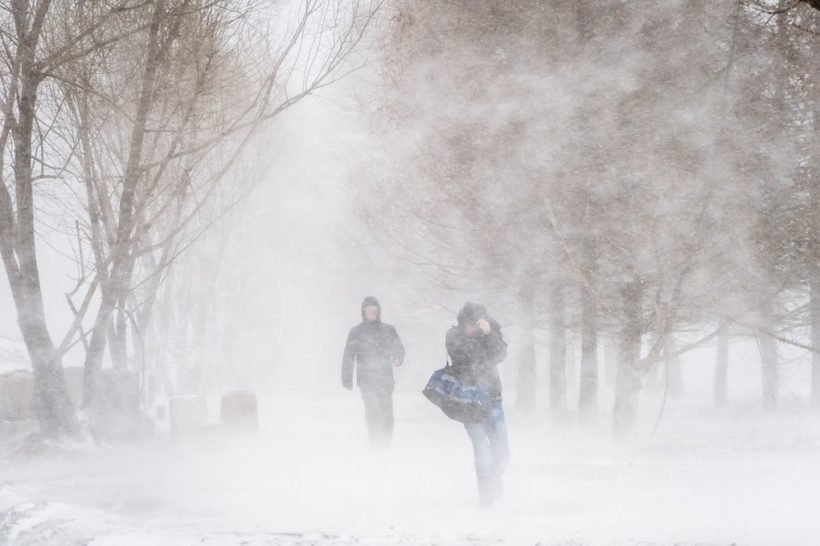 This week's polar vortex has brought bitter cold — even Arctic-like temperatures — to parts of the Upper Midwest and Eastern U.S., and this frigid air may have you feeling like you could "freeze to death."

Indeed, when temperatures dip this low, frostbite and hypothermia are real health concerns. Weather officials have warned of dangerous and even life-threatening wind chills through Thursday (Jan. 31). [7 Crazy Things That Happen Only When It's Really Cold]

However, death from the cold can happen even if the body isn't literally frozen.

A person's core body temperature usually hovers around 98.6 degrees Fahrenheit (37 degrees Celsius). Hypothermia occurs when core body temperature dips to around 95 F (35 C) or lower. Surprisingly, people can experience hypothermia in relatively cool, but not freezing, air temperatures — around 30 to 50 F (minus 1 to 10 C) — particularly if they are wet, such as from rain, sweat or submersion in cold water, according to the National Weather Service. The body loses heat about 25 times faster in water than in air, Michael Sawka, chief of the Thermal & Mountain Medicine Division at the U.S. Army Research Institute of Environmental Medicine (USARIEM), told Live Science in a 2010 interview.

But hypothermia at these relatively cool temperatures is unusual.

Temperatures that are subzero, however, are "a whole different animal," said Dr. Robert Glatter, an emergency physician at Lenox Hill Hospital in New York City.

A drop in body temperature prevents critical organs from working properly — including the brain and heart, according to the Mayo Clinic.

Improper functioning of the heart results in reduced blood flow to many organs, putting the body in a state of shock and increasing the risk of conditions like liver failure and kidney failure, Glatter told Live Science. The very young and the very old are at greater risk for hypothermia because they generally have weaker heart muscles, he said. In addition, older people are more likely to take medications such as beta blockers that can slow heart rate, which further increases their risk of developing hypothermia in the cold.

The record for the lowest body temperature at which an adult has been known to survive is 56.7 F (13.7 C), which occurred after the person was submerged in cold, icy water for quite some time, according to John Castellani, of the USARIEM, who also spoke with Live Science in 2010.

Left untreated, hypothermia can lead to complete failure of the heart, and eventually death, according to the Mayo Clinic.

Yet people's bodies are pretty hardy in the cold, as we have two built-in mechanisms to protect us from frigid conditions.

As soon as that bitter air hits your face, your body will try to insulate itself by moving blood away from the skin and outer extremities, such as fingers and toes, and toward its core. This process is called vasoconstriction, and it helps limit the amount of heat you lose to the environment, Castellani said.

The second response from your body is shivering, which produces heat and helps raise body temperature.

Although extreme conditions are often needed to induce hypothermia in a healthy person, frostbite is more common in less severe weather. "It takes a lot to drop the core body temperature down, but it doesn't take as much to drive the peripheral temperatures down," Castellani said.

Your fingers and toes are more prone to frostbite, because those areas will have reduced blood flow in cold temperatures, as your body tries to keep its core warm. Even though your feet are usually protected by shoes, toe temperatures can get very low, and if you sweat, the wetness will draw even more heat out of the area. Since frostbite is brought on by freezing, you can't get frostbite if the air temperature is above 32 F (0 C).

Still, you need to be properly dressed to weather the cold conditions. Glatter recommended that people wear at least three layers — a wicking layer that wicks moisture away from the skin, an insulating layer and a protective outer layer to protect against the wind and other elements. In addition, Glatter recommended that people wear thick, insulated boots, since the feet and toes are at high risker risk for frostbite.