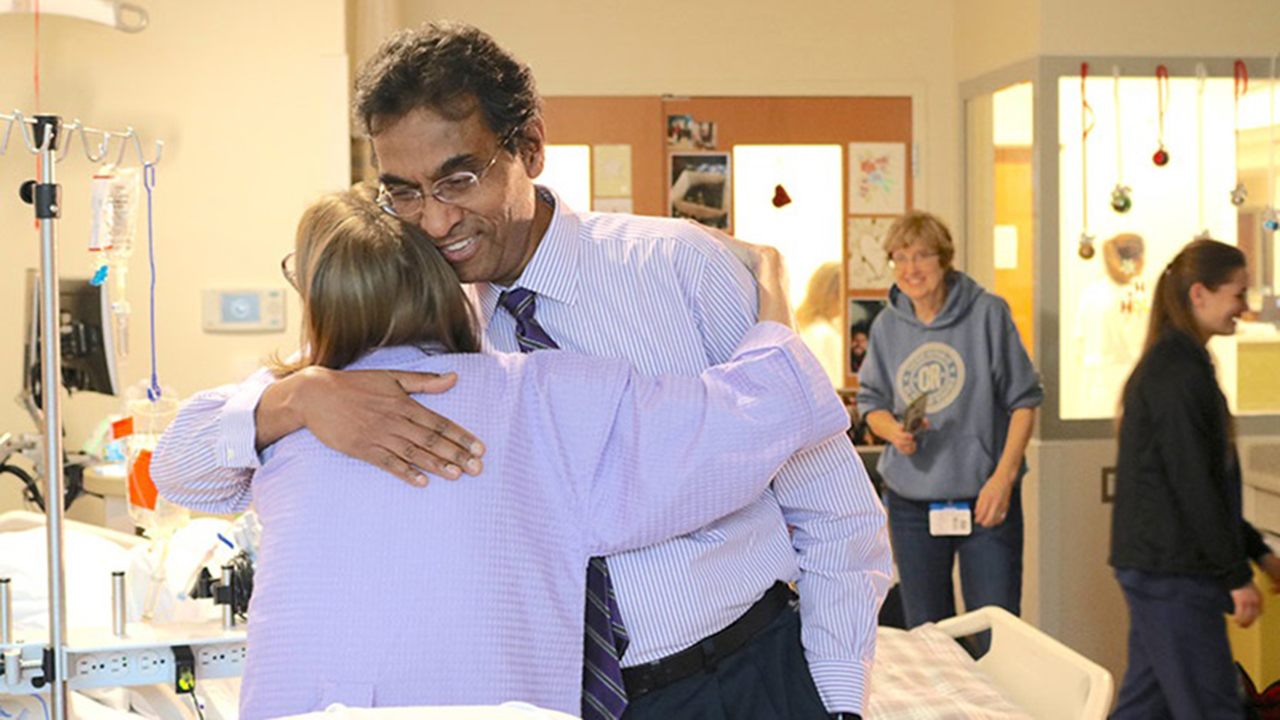 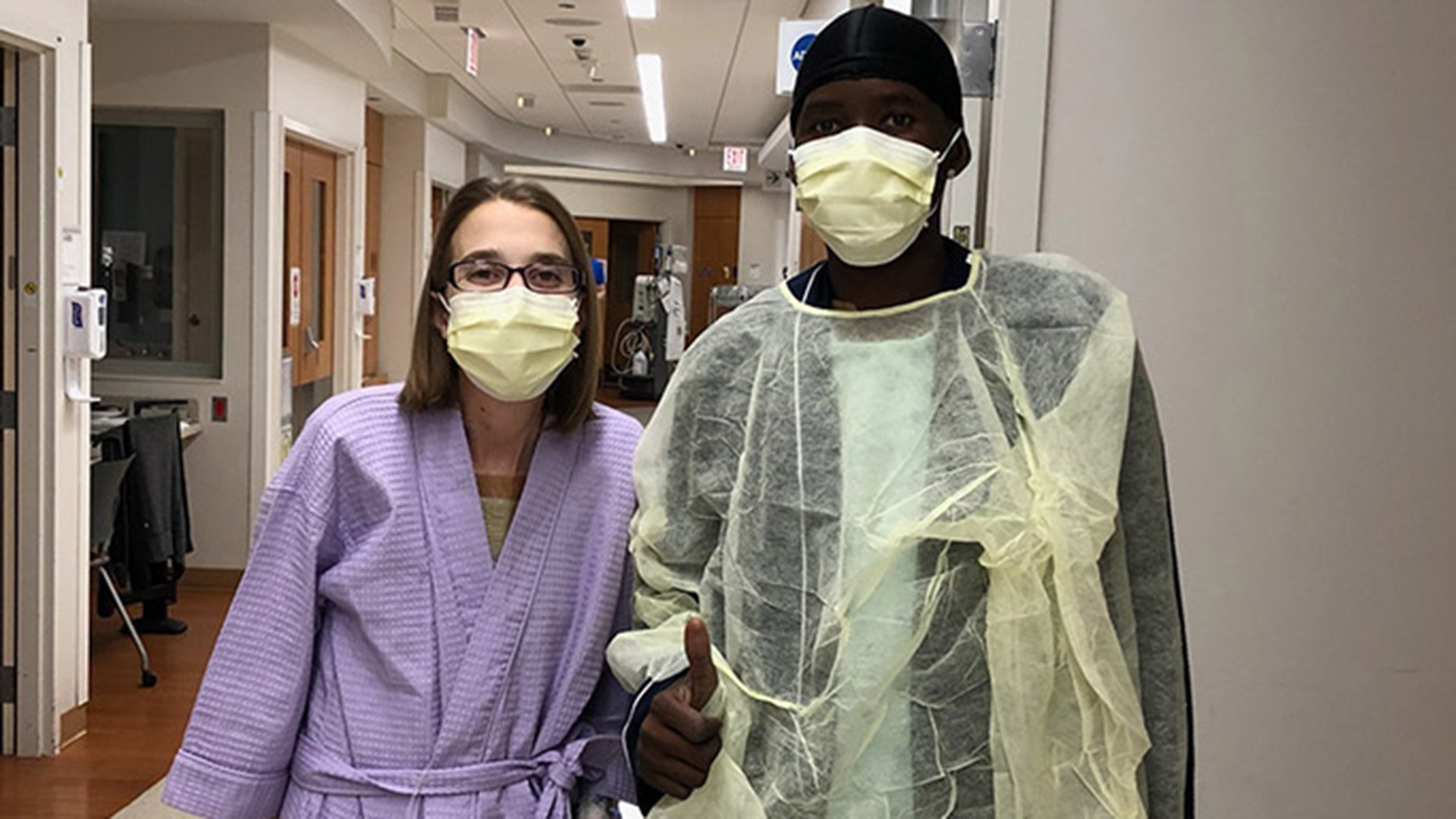 Sarah McPharlin and Daru Smith, both 29, underwent the intensive, but successful, operations over the course of 37 hours from December 19 to 21, the paper reported.

McPharlin, from suburban Detroit, and Smith, from Chicago, both suffered from different debilitating diseases that left them each in need of a new heart, liver and kidney. Doctors first began operating on Smith on Dec. 19, replacing his heart, and just eight minutes after completing his liver transplant, learned that new donor organs had become available for McPharlin. She was then rushed into her surgery, which was completed on December 21.

The back-to-back triple-transplant is the first of its kind to take place in the United States within a single year, and the operations were as high-risk as it gets. Each of the six surgeries required a 22-person team, and some staff members worked on both McPharlin and Smith simultaneously.

“We never in our wildest dreams imagined both would take place at virtually the same time,” said Dr. John Fung, co-director of University of Chicago Medicine Transplantation Institute, according to the Chicago Sun-Times. “Pulling this off can feel like trying to perform a high-wire ballet in the middle of running a marathon. But we were always confident in our patients, as well as our team’s, abilities.” 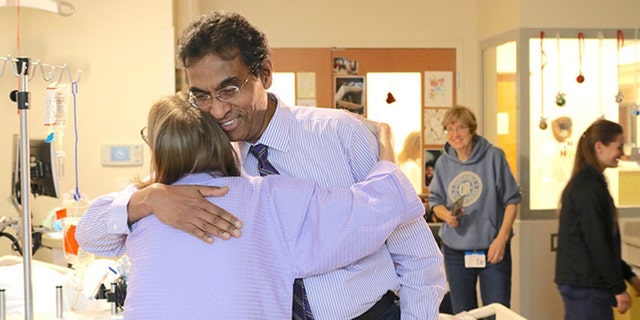 McPharlin has reportedly  faced the prospect of organ transplant surgery her entire life. A rare inflammatory disease called giant cell myocarditis forced her to have her first heart transplant at just 12 years old, and complications from that operation caused damage to her liver and kidneys.

However, for Smith, a truck driver whose daily routine included rigorous push-ups and stretching, failing health came as a shock. The truck driver and father of a 3-year-old boy noticed something was wrong when he began having trouble breathing while climbing the stairs to his home. He was later diagnosed with diabetes and an autoimmune disease that led to heart, liver and kidney failure, and was placed on the transplant list for a short time before receiving new organs.

Doctors are pleased to report that both patients are doing extremely well, and completed rehabilitation on the same day. The two met only briefly before the marathon surgeries, but in light of their shared experience, have become fast friends. In fact, they are already planning to get their families together for dinner when they’re released from the hospital. 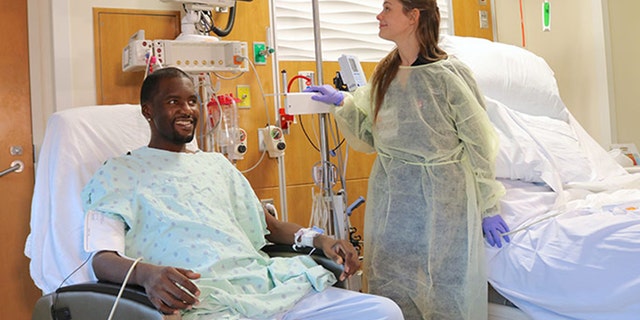 “It was so cool to know we would be able to see each other progress together,” McPharlin, an occupational therapist, told the Detroit News on Friday. “It was really cool to see how Daru was getting up in the hall and I knew eventually, or pretty soon, I would be doing the same.”

Smith agreed. “It’s been mind-blowing and amazing, having someone go through the process with me, gave me more motivation.”

In addition to his rehab partner, Smith’s love for his son is pushing him to recover. "I've got to be there when he goes to college, gets married, has his first child," Smith told USA Today. "That’s my determination. That’s what keeps me driving every day. All I think about is my baby boy."

As for McPharlin, she’s just eager to return to her job as an occupational therapist, and to enjoy the simple things in life. “First thing I want to do is take a shower,” she said. “You take the simplest things for granted.”