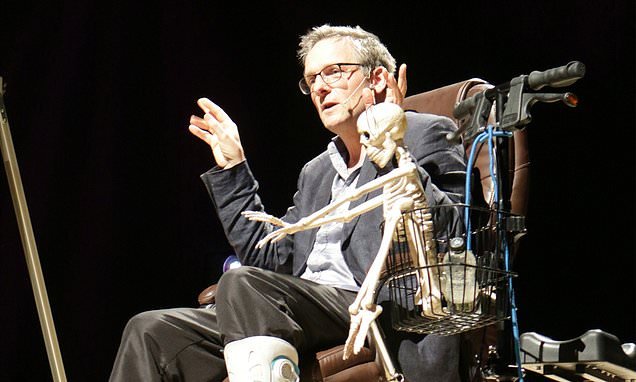 Regular readers of this column will know that six weeks ago I ruptured my Achilles tendon while out running. I’m now reliant on an ugly white boot and a scooter- like ‘knee walker’ to get around. It was all especially bad timing, given that I am in the middle of my first live UK theatre tour. When I finish at the end of the month, I’ll have visited 38 different theatres, from Inverness to Torquay.

Thankfully, I am now on the mend and should be boot-free within the next couple of weeks. According to my most recent scan, the tendon is healing nicely.

While my injury has been an inconvenience, it has taught me a number of lessons I feel compelled to pass on. First, I have a new-found appreciation for every fully functioning part of my body. Being temporarily immobile has offered a small insight into the challenges of getting around with a disability, including being faced with unhelpful and inconsiderate people.

But most importantly, thanks to my team of leading orthopaedic experts, I now know that everything I thought about recovering from an injury was wrong. 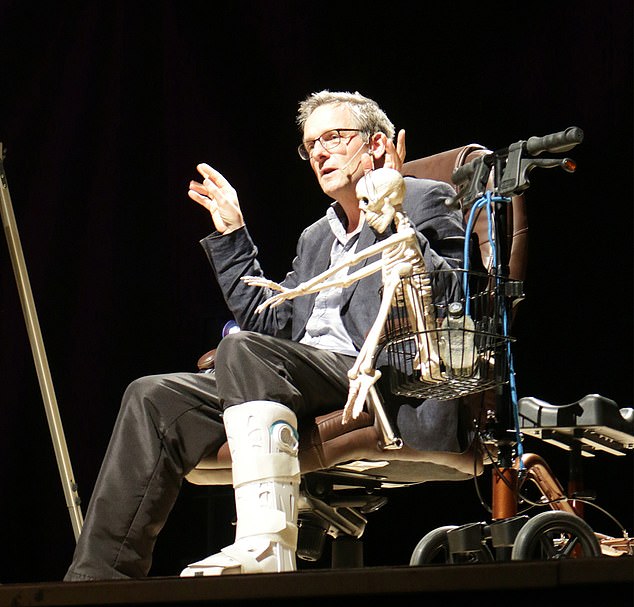 Why won’t men offer me their seat on the tube?

I am lucky to spend most of my time travelling alongside my manager in a big white van. But there are times when I need to get myself around, alone, on public transport.

And I’ve found my interactions with fellow passengers and passers-by illuminating. While a handful of people are quick to help, the majority pretend you don’t exist.

Even though I am standing in front of 100 or so passengers, leaning on my crutches and a wearing a huge white boot, only a handful offer me a seat. 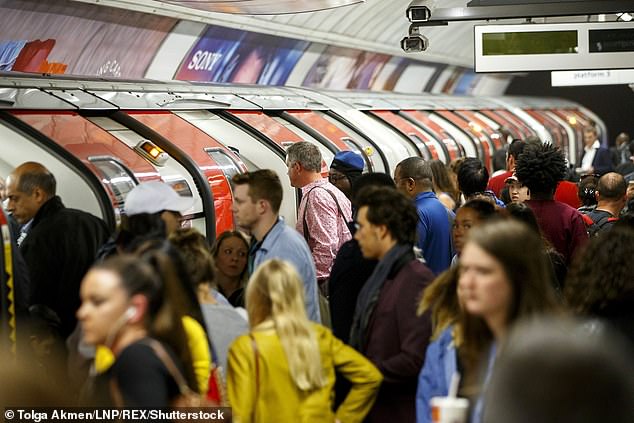 Although, interestingly, this varies depending on demographics. People in the North and in Scotland were more inclined to stop and help than those in the South.

But the most striking difference has been between men and women. Not a single man has offered me a seat on the Tube. Instead, they avert their eyes and continue scrolling through their phones.

But it’s not as simple as men being less empathic than women, as I proved in an experiment several years ago. In the study, we asked a six-year-old girl to wait alone in a large shopping mall, looking lost and tearful, while we secretly filmed her from across the street. Within the space of 30 minutes, hundreds of people had walked past, with only a handful stopping to ask if she was OK.

Overwhelmingly, those who did show empathy were female and middle-aged.

When 30 minutes were up, we asked some of the men who had walked by why they hadn’t stopped. Their reasoning? Either they hadn’t seen her or they had but were clueless about what to do.

We concluded that the reason for the gender difference in helpful behaviour is not because women care more than men, but that women have more experiences of caring for others and are more confident in their ability to react appropriately.

So I don’t hold it against all those blokes who have left me standing on a swaying train, grimacing. In fact, I think it is partly my own fault. It would have been simple for me to ask for a seat but, being a man, I couldn’t bring myself to do that.

The most valuable lesson has been how to recover from a physical injury. Like everyone else, I’d believed the logical way to heal a torn part of the body was to keep it still and rested. I was wrong.

As I was lucky enough not to have completely ruptured the tendon, I avoided surgery. The boot stabilised the position of my leg so that the tendon – which connects the large calf muscles to the heel bone – could repair itself. It forces my left foot to point downwards, ensuring that the partially severed ends of the Achilles tendon are kept overlapped, making them likely to fuse back together.

As far as I was concerned, the boot was doing the hard work for me. But, according to sports injury specialist Dr Phil Batt, I needed to put in a bit of effort, too.

The greatest danger for any musculoskeletal problem – from backache to tennis elbow – is a prescription of painkillers and bed rest.

‘Doctors over-emphasise the importance of rest,’ he said. ‘It is lazy medicine to instruct patients to put their feet up.’

So what should we do instead? Well, strengthening the joints means simple resistance exercises, such as leg raises and lunges. They can be made more challenging by adding weights.

These should be guided by a physiotherapist who will ensure you are executing the movements correctly without causing further damage.

There will now be several months of physiotherapy to build up my muscle and more exercises to prevent the tendon from rupturing again.

I am struggling with breakfast options for your Fast 800 diet.

I’ve taken to just eating a banana but I don’t find it very filling and I understand that bananas are high in sugar.

What other breakfasts would you suggest?

It might be quick but a banana won’t keep you full until lunchtime. If you add one to porridge, the additional fibre from oats and the protein from milk will make it a more filling breakfast. 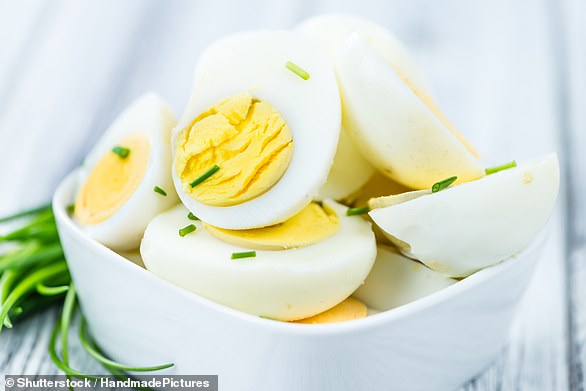 Eggs are a good lower-calorie option and also a good source of protein, fats, and modest amounts of almost every vitamin and mineral your body requires. I have scrambled eggs and a small amount of smoked salmon most days.

If you are in a rush, hard-boil a couple of eggs the night before so they are freshly prepared for the morning.