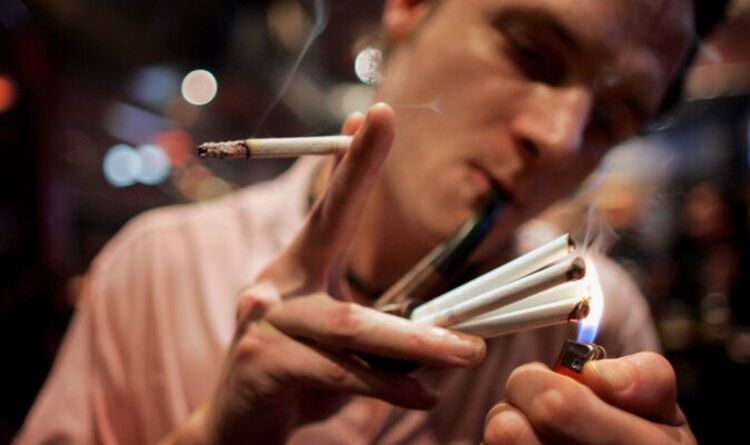 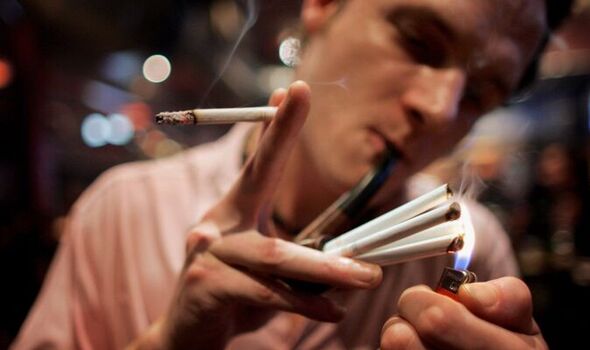 Another 40 percent offer to take the bins out for a secret ciggy, and two-thirds have blamed a friend for smelling of smoke.

A huge 91 percent revealed they kept their habit concealed because they did not want to upset their other half – while 46 percent felt guilty.

A spokesman for LloydsPharmacy, which commissioned the research, said: “With the stigma surrounding smoking on the rise, it’s no wonder so many smokers look to conceal their habit from loved ones.

“Quitting smoking can be tough, and many have tried but found themselves smoking again soon after quitting.”

The study also found that top tactics used by secret smokers to cover up the smell include having a shower (32 percent), changing into different clothes (37 percent), and keeping the windows wide open in their car or house (45 percent).

And 44 percent often buy deodorant to mask the scent.

But despite this, nearly half have previously been caught out by someone they were trying to hide it from.

It also emerged that more than four in ten hide their habit from loved ones out of shame, and 51 percent feel they would be judged if anyone was to find out.

Over a quarter of all smokers would happily lie to someone they didn’t know very well about being a smoker – while a surprising 36 percent admit to falsely filling out professional forms.

More than seven in ten have attempted to quit smoking before, but 83 percent found it too difficult – as the average smoker lasted just under four months before picking up a cigarette again.

Half of those decided to wave the white flag because it helped them relax, while 43 percent simply missed it too much.

And a further 28 percent found the “stop smoking treatments” just didn’t work for them, according to the OnePoll study.

The average smoker gets through a total of nine cigarettes per day, with at least three of them smoked in secret.

But 59 percent of smokers plan on giving it up in the near future – with saving money being the main motivator.

Over a third of those (37 percent) will do it to improve and protect the health of family members, while 70 percent want to do it to for their own health and wellbeing.

The spokesman added: “The good news is there are lots of things you can do to really help kick the habit and encourage a new and healthy lifestyle.

“At LloydsPharmacy, we have a whole host of “Stop Smoking” aids and services available online and instore, for anyone who is looking to start that journey.

“Whether that’s advice from one of our pharmacists, motivation from our blog posts, or help from hundreds of products available online and instore, we are here to support.”

For those interested in learning more, visit here to choose from a wide range of Stop Smoking services, advice, and support.